AAP has announced candidates for six of seven seats, but remains open to adjustments as a 3-3-1 formula may still be in play.

New Delhi: The Congress and Aam Aadmi Party have both repeatedly said that an alliance in Delhi is not in their future – but behind the scenes, they are still thinking about whether one is possible.

The major obstacle is that neither party wants to contest fewer seats in the 2019 Lok Sabha polls, as they believe this will lower their chances in the 2020 assembly elections.

Congress president Rahul Gandhi on Monday dropped a broad hint that the party was preparing to contest the Lok Sabha elections in Delhi on its own.

Addressing booth level workers of the party in Delhi, he said: “I want to tell the booth workers, it is up to you. In Delhi, the Congress has to win all the seven seats. At the booth, you talk about Congress, ‘chowkidar’ (a reference to Prime Minister Narendra Modi) and aam aadmi (common man). Tell people that only the Congress can change Delhi and India.”

Though Gandhi did not say anything against the ruling Aam Aadmi Party government in Delhi during his speech to the party workers, it is being assumed that his words had provided finality to the issue of a prospective alliance. However, some leaders said with the voting for the Delhi seats due on May 12 and there being still some time for the nominations to the filed, a final decision in the matter is still awaited.

Earlier on March 1, following a meeting with Delhi Congress leaders, unit president Sheila Dikshit had left it to Rahul Gandhi to take a call on an alliance with AAP.

However, forging an alliance may be easier said than done.

The Congress had won all seven Lok Sabha seats in Delhi in 2009.

The BJP then wrested them all during the Modi wave of 2014.

By then, AAP had also formed a government in Delhi, albeit with support. Thereafter, AAP won the 2015 assembly election in Delhi bagging 67 of the 70 seats while the Congress failed to even open its account.

It is in this backdrop that when talks for an alliance began sometime in October-November last year, AAP wanted its candidates to contest six of the seven Lok Sabha seats.

“But the Congress was not agreeable to this. Almost 99% of our workers also rejected the idea of an alliance as they believed that by 2018 end, Congress’ fortunes were on an upswing while those of AAP were on a decline,” said a working president of Delhi Pradesh Congress Committee.

The workers and leaders repeatedly rejected the proposal. One reason was that they had enjoyed power for 15 years in Delhi and could not reconcile with a lesser role.

Sensing that the Congress was reluctant to come on board, AAP began mounting pressure  through other regional parties like Trinamool Congress and Telugu Desam Party which were also trying to forge a “mahagathbandhan” (grand alliance) with the grand old party to dislodge BJP at the Centre.

AAP wanted tie-up in others states too, Congress rejected idea

During December-January it was also proposed that AAP and Congress could ally in Punjab. Here, AAP wanted four seats but the idea was shot down by Congress chief minister Amarinder Singh.

Fresh from their win in the Rajasthan assembly elections, Congress leaders were not agreeable to giving one seat to AAP in the state – even though Arvind Kejriwal’s party also offered support to Rahul Gandhi in Gujarat and Goa in return.

AAP’s demand to also field its candidate from Chandigarh, which was won by BJP in 2014, was also not agreed to.

Also read: Hopes of an AAP-Congress Alliance in Delhi Hang By a Thread

Thereafter, senior leaders of both the parties, who were holding informal talks, decided to even segregate Delhi from the other states for stitching up an alliance.

It is pertinent to note that while many local leaders have been opposed to an alliance, central leaders of both parties realised its importance, understanding that joining forces may be the best option to thwart BJP’s charge.

For AAP, Rajya Sabha MP Sanjay Singh has been engaging in alliance talks. From the Congress, many senior leaders including Ghulam Nabi Azad, Anand Sharma, Kapil Sibal and P. Chidambaram have been in favour of the idea to ally with AAP.

In November, the idea was also proposed that both parties contest three seats each, leaving New Delhi for BJP rebel leader and former Union minister Yashwant Sinha. But sources in AAP said that, in the absence of any formal proposal, there was no forward movement on it.

AAP leaders insist that the ball has been in the Congress’ court all along. The failure of the Congress to come to a decision has led Kejriwal to repeatedly assert that BJP would gain in the absence of a tie-up.

While Modi’s popularity seemed to be sinking until January this year, when the 10% reservation for the poor among upper castes, some dole outs in the Union budget, and then the Balakote airstrike pulled him back up.

The shift prompted Rahul Gandhi to tell Sheila Dikshit on February 28 to again ask party workers for their views on an alliance. On March 1, the Congress leaders again met, but rejected the idea. However, they left it to Gandhi to take the final decision. 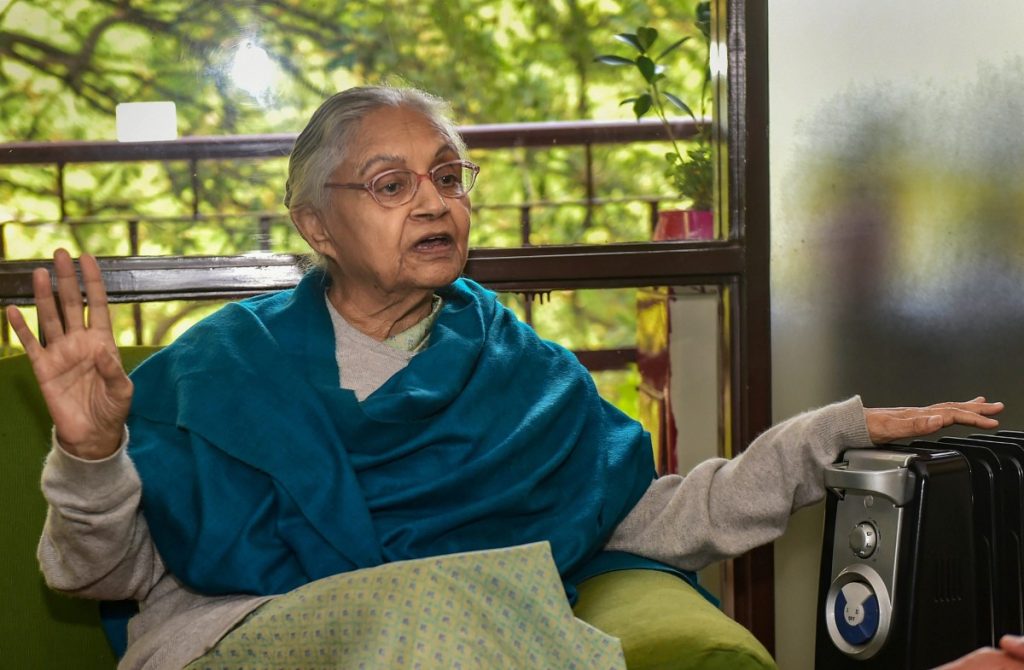 In response, AAP declared its candidates for six constituencies on March 2: Atishi for East Delhi, Guggan Singh from North West Delhi, Raghav Chadha from South, Dilip Pandey from North East, Pankaj Gupta from Chandni Chowk and Brijesh Goyal from New Delhi. All six were party in-charge of their respective constituencies.

However, talking to The Wire, party sources said all the other seats still remain negotiable, excepting those of Atishi, Chadha and Pandey.

A senior Congress leader also said that many leaders in the party have understood the importance of a strategic alliance for Lok Sabha polls, as it could ensure wins for the party – where it otherwise doesn’t stand a chance.

As of now, AAP leaders insist that they would like to contest at least four seats. But a 3-3-1 formula could also play out. Following Dikshit’s meeting with Sonia Gandhi on March 9, it seems there is a renewed attempt to have a rethink on the alliance.

As Sonia said, the final call will be taken by her son.

Note: In an earlier version of this article, the table on 2014 Lok Sabha vote-shares was erroneously labelled.