“If we keep this fight only in PMO, we will lose; PM must devolve power,” the Congress leader said during an interaction with the media on Saturday morning. 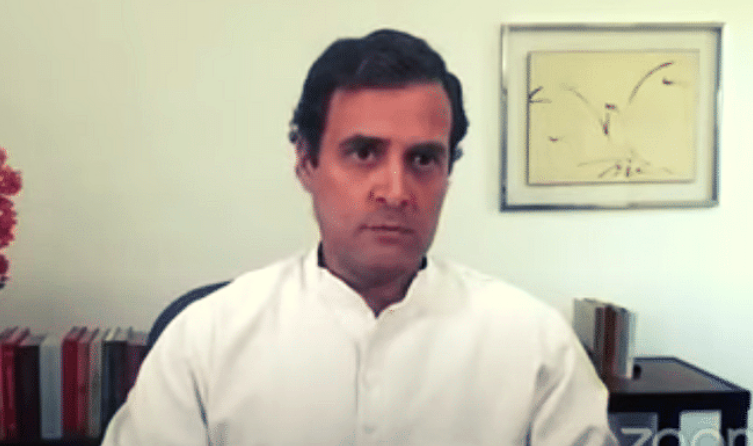 New Delhi: Former Congress president Rahul Gandhi on Saturday pushed for greater transparency on the Centre’s exit plan after the lockdown, which is supposed to end on May 17. Not for the first time, he said that the Narendra Modi government needs to devolve power to the states, and emphasised that the virus had to be contained at the district level for any long-term fight against the epidemic.

“If we keep this fight only in PMO, we will lose; PM must devolve power,” Gandhi said during an interaction with the media on Friday morning.

Gandhi had been saying that the lockdown is like a “pause button,” after which the virus can spread like fire.

“The government now has to give a little bit of transparency on its actions. We need to understand, when they open, what is the criteria for that, what are the boxes they want ticked off before they actually start to open,” the Wayanad MP said.

“The lockdown is not a key, that you switch it on and it’s gone. It requires a number of things to happen. It requires a psychological change. The government needs to understand that it’s not an on-off switch,” he added.

As he has said before, he indicated that Prime Minister Narendra Modi’s centralised style of functioning may hamper India’s fight against the virus. He said that states and panchayats, with their ability to closely monitor the situation, are in a better position to stem the coronavirus tide.

The Congress leader said that Modi’s “style” may be effective in other circumstances, but he needed to bring everyone on board in this fight.

“It may work for him, but when the country is facing such an unprecedented crisis, we don’t need just one strong PM… we need many, many strong leaders, strong CMs (chief ministers) and strong DMs (district magistrates). We need a strong patriotic Indian leader at the panchayat level, district level, state level…we need to tackle the problem and finish it at a local level, not at the national level,” he said.

Pointing out that there were inconsistencies in the way states and the Centre marked affected zones, he said the the grading of red, orange, and green zones had been done by the Centre, while it would have been ideal if it had been done at the level of district magistrates who have accurate ground information.

He advised Modi to talk to chief ministers as colleagues rather than as a boss.

He went on to push for the NYAY scheme, which calls for the direct cash transfer to the poor and on which the Congress campaigned during the parliamentary polls of 2019, to be implemented.

“We are in an emergency and the idea of injecting a sum of Rs 7,500 directly into hands of the poor is critical,” he said. After the lockdown was withdrawn, there was a need for greater coordination between the Centre and the states, the government and the people, he said.

On the series of interviews that he has been doing with eminent economists and social scientists, he said:

“I speak to a lot of people. A lot of conversations are interesting. I thought I would like to give a glimpse of these conversations to the people of India. There is no other strategy,” he responded.

He also advised the media not to sensationalise its coverage of the pandemic. He said that one needs to realise that the fatality rate of COVID-19 is between one and two percent, and it was important to focus on protecting elderly people and children who risk dying of the disease the most.

“The disease is dangerous for a few categories of people. It is dangerous for old people, for those who have diabetes, hypertension etc. But other than that, it is not a dangerous disease. So we have to make a psychological change in the mind of the people. Currently, people are very scared. The government, if it wants to open up, will have to turn this fear into a sense of confidence,” said Rahul.

He added that it was important that both the Indian people, the media and the government keep in mind the real nature of COVID-19 before saying or planning anything.