Despite the Congress Working Committee rejecting his offer to resign, Rahul Gandhi has decided to step down. 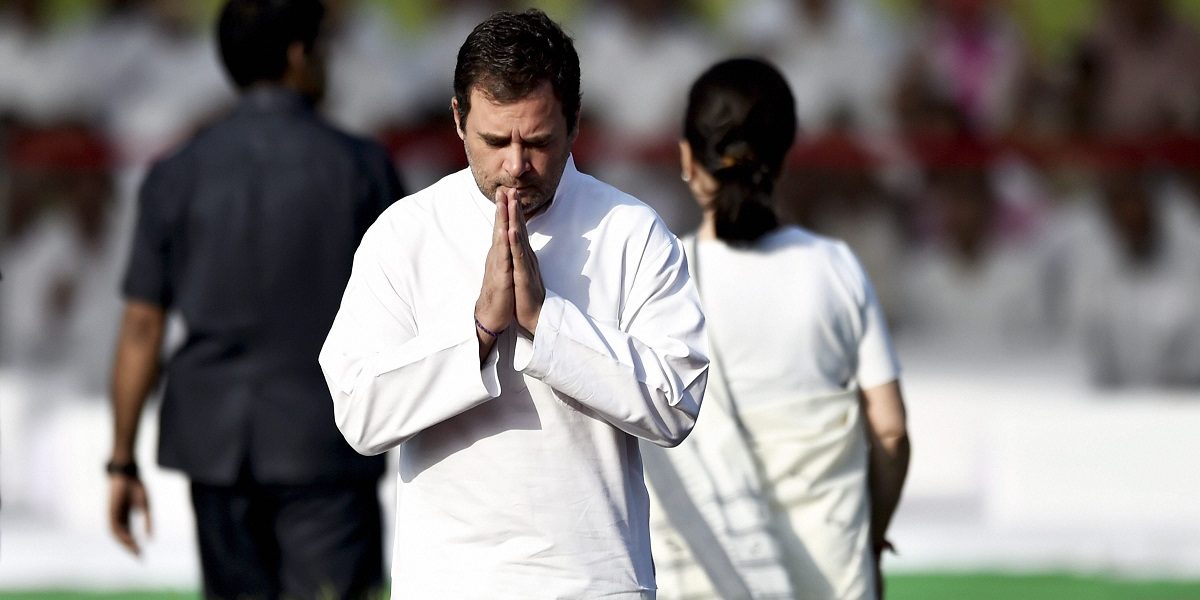 New Delhi: After the Congress Working Committee unanimously rejected Rahul Gandhi’s offer to resign as the party president on Saturday, sources said that the he remains determined to step down.

According to one Congress leader, he has asked senior functionaries of the party to find his replacement soon.

NDTV reported that Gandhi was “not abandoning the post” until the party finds a new person for the top job, but is “determined to quit”. It also reported that both his mother Sonia Gandhi and sister Priyanka agree with his decision although they had initially tried to convince him against it.

However, a senior leader told The Wire that at the CWC meeting, he firmly advocated the idea that he alone had to take the responsibility for the electoral debacle of the Congress party. He suggested a change of guard could push the party towards new thinking.

“It is not necessary that the president should be from Gandhi family,” NDTV quoted Congress sources as saying. He reportedly shot down the idea that his sister Priyanka could be his replacement.  “Don’t drag my sister into it,” Gandhi is supposed to have said when Priyanka’s name came up, according to NDTV.

According to multiple reports, Rahul pulled up senior leaders like Madhya Pradesh and Rajasthan chief ministers Kamal Nath and Ashok Gehlot for focussing only on the constituencies from where their sons were contesting. He also supposedly said that senior leaders of the party did not back his “chowkidar chor hai” campaign enough.

The next Congress parliamentary party’s leader?

Meanwhile, the Congress is also reflecting on who could be its next parliamentary party leader. Mallikarjun Kharge, who lost from his stronghold of Gulbarga in Karnataka, had led the Congress in the last Lok Sabha.

A Congress leader said that Shashi Tharoor, MP from Thiruvananthapuram in Kerala, and Adhir Ranjan Chowdhury, MP from Baharampur in West Bengal, were under consideration for the post. While Tharoor appears to have more support in the CWC, some Congress leaders feel that Chowdhury, who is the senior-most MP, should lead the party in the 17th Lok Sabha.

Congress leader P.C. Chacko, however, told The Wire that no discussion on who could be the next leader of the party in the Lok Sabha has formally been initiated. He said that over the next few days, the party should decide on a name.

Like last time, the party has again fallen short of the required numbers to nominate one of its elected MPs for the leader of opposition position. A minimum of 55 seats, or at least 10% of the total strength of Lok Sabha, is required for that chair. Congress could get only 52 seats in the recently-concluded elections.