During the Pandemic, Rahul Gandhi Has Emerged as a Sure-Footed Leader

While Rahul Gandhi's role as a constructive critic has been well-received, his on-ground interventions have been too little, too late. 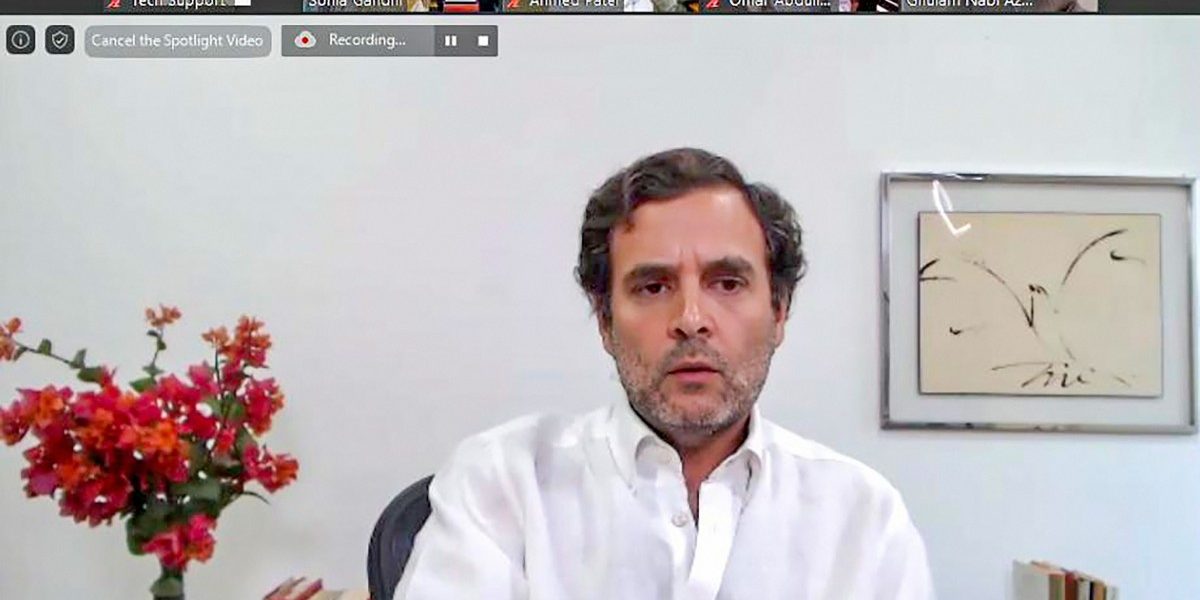 We have been seeing a new avatar of Rahul Gandhi over the last two months.

He has not only been actively intervening – in quite a measured, thoughtful manner – as an opposition leader in the middle of an unprecedented health crisis, but also appears to have come a long way from how he led the Congress during last year’s parliamentary elections.

His parliamentary campaign rested singularly on a one-line slogan against Prime Minister Narendra Modi. “Chowkidaar chor hai (The watchman is a thief – a reference to Modi referring to himself as a watchman of the country)” was the crux of his canvassing, an attempt to put the prime minister in the dock over the controversial Rafale aircraft deal, even as he touched upon other political issues of livelihood.

Yet, in his one-to-one interviews, he did not show a similar aggression. He came across as a friendlier, calmer individual with a contemplative streak. There was an obvious disjunction between what he was and what he portrayed, or was required to portray, as the top leader of the Congress.

Gandhi sent himself into self-imposed exile after a humiliating defeat in the general elections, forcing his party to press his mother, Sonia Gandhi, to steer the sinking ship.

A year later, as Modi has had to deal with a major economic crisis and health emergency, the former Congress president has emerged as a self-assured and well-informed leader of the biggest opposition party in the country.

Through the last year, he remained consciously tight-lipped about speculation both in the media and political circles that he was being prepped for the top role in the party again after Sonia retires. When the clamour for organisational elections within the party grew or when the Congress was scrutinised for its alliance with the far-right Shiv Sena in Maharashtra, or at any other instance when he was asked to clarify his party’s stance on a political issue, Rahul firmly deflected such questions to Congress’s office-holders.

At the same time, he almost constantly asserted his views as a member of parliament. From time to time, one would see him in Wayanad, the  constituency in Kerala he represents. From visiting flood-affected areas and taking stock of the situation to leading a protest against the night traffic ban on a national highway that passes through the Bandipur Tiger Reserve into Wayanad, he appeared to take his role as an MP seriously.

His parliamentary interventions in this period, too, garnered quite a bit of attention, especially on the controversial Citizenship (Amendment) Bill and the proposed National Register of Indian Citizens, and on the Union government’s move to render Article 370 ineffective.

Through the coronavirus pandemic, however, Rahul seems to have warmed up to a greater leadership role, almost as if he is paving the way to yet again become party president, but with a remarkably different demeanour.

In his multiple virtual interactions, Rahul has shown a thoughtful side. Even as Congress president Sonia and the party machinery have trained their guns directly at the government, and have been looking to forge a larger opposition front, he has refrained from attacking the prime minister directly, and has instead questioned the opacity of his government. He turned into a quasi-journalist when he interviewed economists Raghuram Rajan and Abhijit Banerjee to seek advice on mitigating the economic disaster borne out of a harsh lockdown in India.

His frequent interventions have helped make the labour crisis in India the most important issue to be addressed during the lockdown. At the same time, he has been voicing, in what has been a largely suggestive spirit, a more wholesome plan to tackle the spread of COVID-19. His plan has been in line with what international health experts have been recommending – increased testing, ramping up the health infrastructure while India is in a lockdown, and a “strategic” exit plan.

Former Congress president Rahul Gandhi interacts with migrant labourers who were walking on the Sukhdev Vihar flyover to reach their native places, amid ongoing COVID-19 lockdown, in New Delhi, Saturday, May 16, 2020. Photo: PTI

Most of his suggestions have stuck with common people. He has done it in a particularly non-confrontational style – a manner that exposes the Modi government’s failures without him having to say so.

In his virtual press briefings, he has constantly been saying that his suggestions should be taken in a constructive spirit instead of merely a politically-partisan engagement with the government. He has also said that although his style of functioning is very different from Modi’s “centralised” governance, he has no problems in collaborating with him to contain the spread of the virus.

At the same time, Rahul has been fiercely critical of the government’s economic stimulus, which he called as a “loan mela (fair)” rather than any concrete relief to common people. He has also been advocating the implementation of his own NYAY scheme – a direct cash transfer plan that the Congress had mooted in its parliamentary election campaign but which did not have many takers then. And he has left no opportunity to emphasise the significance of social sector schemes like the Mahatma Gandhi Rural Employment Guarantee Scheme (MNREGS) or the public distribution system for the poor, which Congress governments had initiated.

Also read: What the COVID-19 Crisis Means for the BJP and Opposition

Rahul, over the last two months, has tried to strike a ‘constructive’ rather than confrontationist tone. On Tuesday, for instance, while declaring that the 60-day “lockdown has failed” as COVID-19 infections continue to spike at an alarming rate, he worded his criticism thus:

He raked up some pertinent federal concerns too:

“The Prime Minister was quick to take centre stage in the early stages of this battle. But now, when his leadership is most needed, he’s stepped back. However, our state Governments are fighting valiantly against the virus, but they are struggling because the funding that the central government should have made available to them has not been forthcoming.”

In emphasising that India needed to develop a long-term strategy to tackle the health and economic implications of the crisis, Rahul said that the fight was much more than a 21-day Mahabharata-like battle as Modi had indicated in his March 24 speech when he imposed a nationwide lockdown.

“At that time the Prime Minister had said the war against the Coronavirus would be won in 21 days.  60 days later, it is now clear that the lockdown has not been able to defeat the virus. The number of new cases in many areas around the country are increasing exponentially. Clearly the PM and his advisors had underestimated the scale of the battle India had to launch to defeat the Coronavirus,” he said.

Therefore, he said, it was important for the government to share “concrete plans for how it intends to deal with our migrants crisis” or scale up testing, or “how it plans to support our MSMEs?”

At the core of his intervention is the demand that the Modi government show transparency more than anything else. And that appears to have silenced many supporters of the prime minister. However, while his role as a constructive critic has been well-received, his on-ground interventions have been too little, too late.

Migrant workers had been toiling hard to make their way home since Day 1 of the lockdown. However, Rahul hit the ground to meet some of them only in the middle of May. It may have worked, as he had been raising the issue of labour quite frequently in video-conferences. But by the time Rahul came down to the ground, the Centre had already been running trains to take migrants home, leaving him and his party to merely pick holes in the Centre’ arrangements.

The Congress party, too, backed Rahul up on the issue of migrants quite late in the day. By arranging buses for migrant workers, Congress came across as a more empathetic organisation, and the way it handled the political tussle with the BJP state government in Uttar Pradesh was surefooted. But political observers would surely ask what had prevented the grand-old party from making such concrete ground-level interventions before. 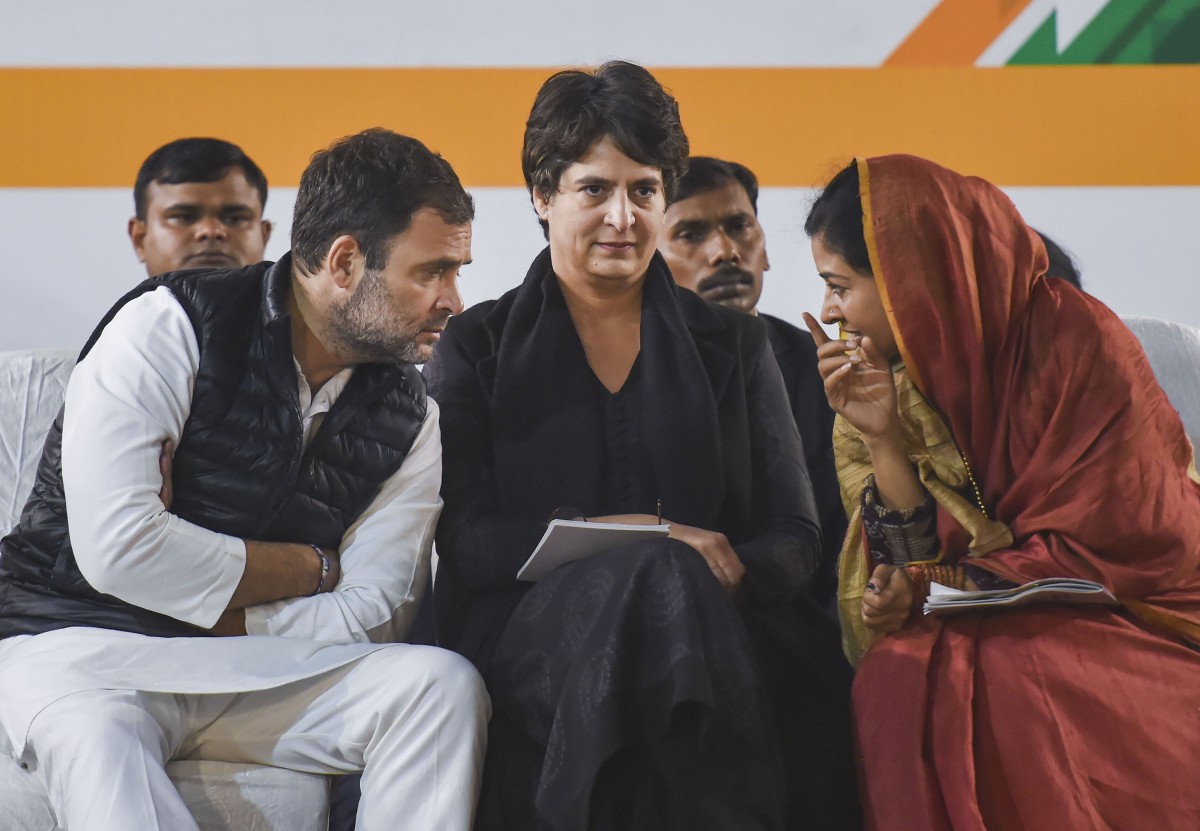 Right at the beginning of the lockdown, Rahul sent soap, sanitiser and masks to Amethi, his long-time constituency from where he lost in 2019. His large-heartedness was noticed then, but in the absence of any follow-up action was soon forgotten.

The Congress machinery appears to be coming together in the last few days. So much is the Gandhis’ influence in the party that with Rahul leading its political discourse, and Priyanka Gandhi spearheading the party in Uttar Pradesh, much of the rattle in the diverse rank and file appears to have dissipated, at least momentarily.

Although late, Rahul has been meeting vulnerable men and women, taking note of their conditions. He seems much more comfortable in this role than his previous belligerent self. He is now probably setting the stage to fight the bigger, and possibly much longer, political battle with the BJP. However, with a near inoperative party unit, his real test will be on the ground. There, he will have to beat not only the mammoth BJP machinery but also the advantage Modi has as a mass leader and orator.