Rahul Gandhi, Your Words Are No Longer Enough

The Congress cannot keep playing the role of a challenger. Rahul Gandhi will now have to show concrete action to contrast against the BJP. 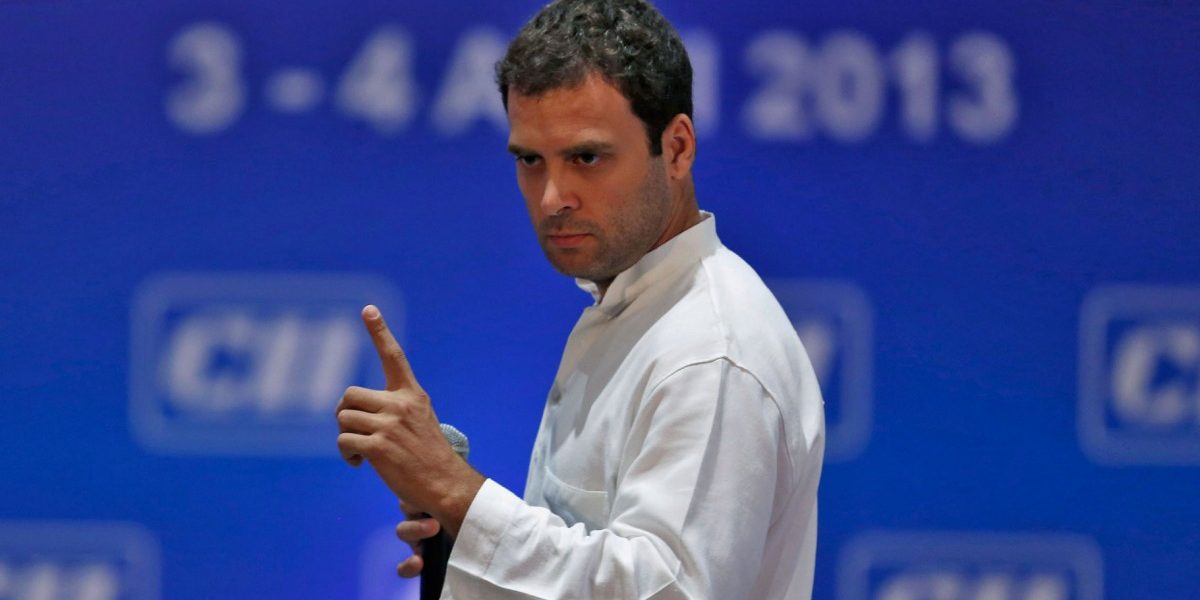 As long as the Congress was primarily challenging Narendra Modi and the BJP’s misgovernance, it was easier for them to gather sympathy and support. But now that they have won three important states, it’s a different case altogether. States play an important role in our federal system and its governments have far-reaching powers. Thus, they need to perform. This is going to be one of the main challenges before Rahul Gandhi now.

First, the Naseeruddin Shah incident: The veteran actor made the entirely valid point that he feared for his children in times of growing communal polarisation. As expected, the Hindutva eco-system slammed him for fanning divisions by making such a statement.

The Congress party was quick to respond, extending its solidarity to Shah. But why did the actor’s event in Ajmer – where a freshly-minted Congress government had just taken power – have to be cancelled? Apparently, some hoodlums, irked by his statement, had been protesting. But why didn’t the Rajasthan government step up to provide the assurance the organisers may have been looking for?

Secondly, the surveillance controversy: The Modi sarkar authorised ten central agencies to carry out surveillance operations. The Congress party joined the issue on social media, perhaps forgetting to ask themselves what their intention behind bringing the law in 2009 was? And what are they arguing for now? Is it possible for them to reasonably argue that they had legislated provisions into law without ever intending to invoke them?

Also read: Here’s What Congress Needs to Do to Continue Its Winning Streak in 2019

P. Chidambaram’s track record as home minister is quite fresh in our minds, and I daresay those memories do not inspire much confidence in the Congress party’s intentions when it comes to regulating free speech and public surveillance.

Thirdly, policy choices, such as the farm loan waivers: Commentators on economic affairs have criticised the use of farm loan waivers as an electoral tool. It is well and good to argue that immediate relief was required in the face of acute distress. But what is the long-term solution here? It is, of course, easier to accuse an incumbent of being uncaring and arrogant than it is to find structural fixes to these problems. The agriculture crisis is just one example from a universe of issues that the new Congress state governments would need to tackle in the coming months.

These are three quite distinct issues – of culture, powers of the state, and economic policy – tied together by critical questions posed to the Congress party of today concerning their nature of governance. These questions may not have been relevant to the party prior to December 12, but having won the state elections, the Congress will now have to face them.

If Rahul Gandhi wants us to believe that under him the Congress party is somehow different from its past avatars, they need to show us how the difference manifests itself in their manner of governance.

One might counter that in Indian politics, especially with four months left for the next Lok Sabha election, a party’s performance in states will not matter. That may well be correct in terms of hard indicators of economic growth. But a large part of the opposition campaign against the BJP has been focused on their social and cultural agenda. The polarisation of the majority community, the demonisation of minorities, the incessant vitriol in the name of history, art and what people eat – all of this contributes to a fragile society. In that context, the healing touch of a government will be visible immediately, but only if there is purposive action.

This is the primary reason the Congress was widely criticised for its choice of Kamal Nath as chief minister of Madhya Pradesh. In fact, the criticism was louder from the “liberal” quarters than from parties politically opposed to the Congress. Every decision that a Congress government makes in the name of political pragmatism will be clammed by those who saw hope in Rahul Gandhi’s determined opposition to the politics personified by Narendra Modi and Amit Shah.

It is inevitable that the Congress will find the going tough in some ways – more questions will be asked of its conduct in government, and Rahul Gandhi will have to show concrete action to contrast against the BJP. Words will no longer be enough.

Suvojit Chattopadhyay is currently based in Dhaka, and works on issues of public sector governance and development management in South Asia. You can find his blog here. He tweets @suvojitc.