Punjab Polls: What's at Stake As Parties Woo the Young With Promises of Foreign Education?

Although some do not see a problem in such promises, others point to fact that it is reflective of the huge unemployment and underemployment problem in Punjab. 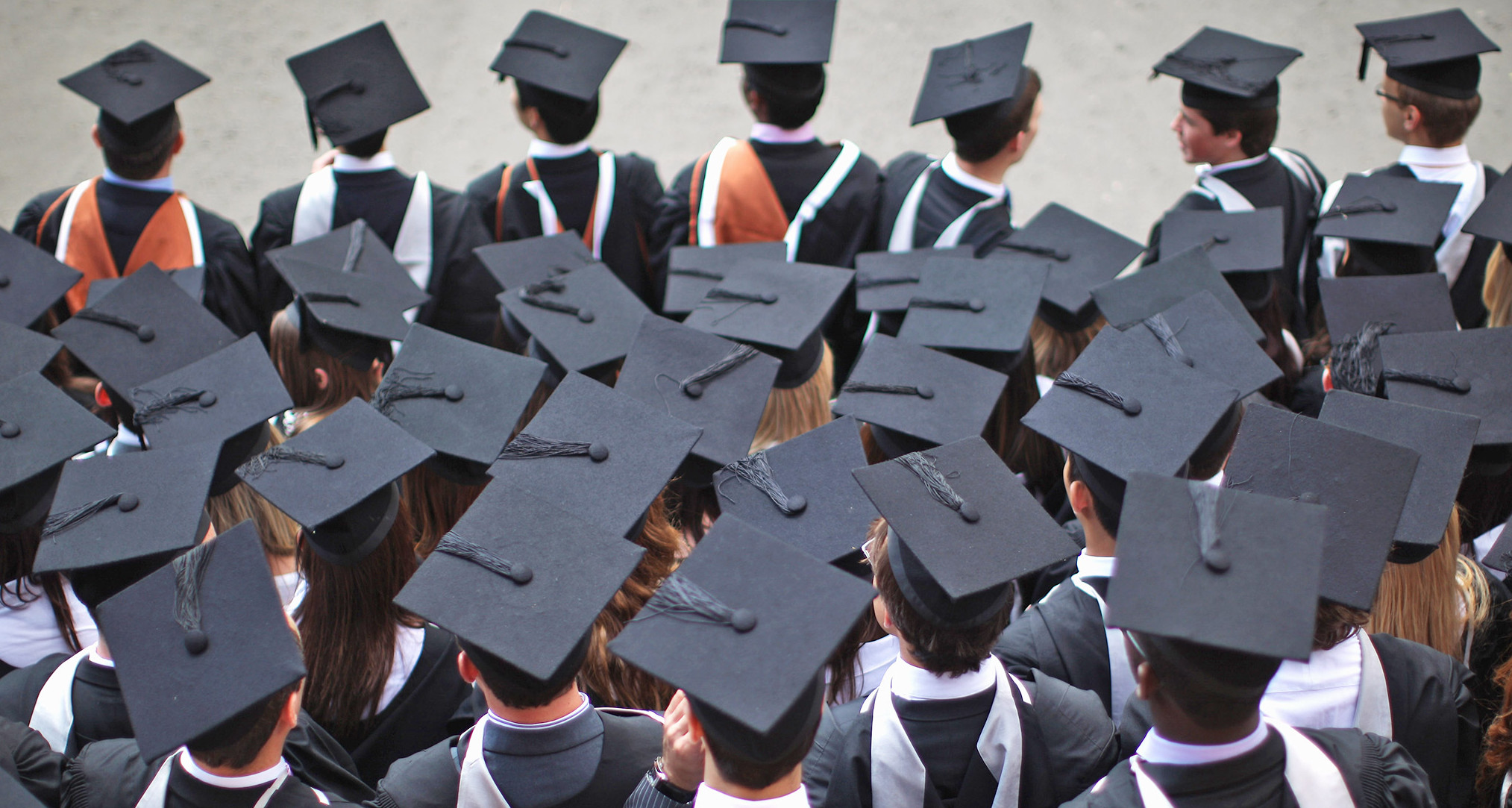 Chandigarh: As an increasing number of young people in Punjab aspire for higher education from universities abroad, political parties have seen an opportunity to woo voters. Almost every party in the fray, ahead of the February 20 polls, has promised to provide financial assistance for those wanting to go abroad and pursue an education.

Although some do not see a problem in such promises, others point to fact that it is reflective of the huge unemployment and underemployment problem in Punjab. On the other hand, it is also being seen as an indication of the poor education system in the state. Some even go to the extent of describing it as an impending demographic crisis the state will have to face in the years to come, pointing to the ever-rising number of youth leaving Punjab to settle abroad.

The Shiromani Akali Dal (SAD) has recently promised student education cards for those wanting to pursue an education abroad. These cards will help them avail of interest-free loans up to Rs 10 lakh, to be used for the purpose of college fee and other expenses, including paying for IELTS (International English Language Testing System) coaching. A good score in IELTS, an English language proficiency test, is mandatory for applying for visas abroad, at least in the case of English-speaking countries.

As for the Aam Aadmi Party (AAP), its chief Arvind Kejriwal assured Scheduled Caste (SC) youth that he would bear all expenses to help them pursue an education abroad while addressing the Dalit community in Hoshiarpur on December 7, 2021.

The outgoing Congress government, just before the election code kicked in, signed an agreement with Cambridge University Press to provide IELTS coaching for students in government ITIs (industrial training institutes). As per the agreement, IELTS coaching will be provided to 40,000 (overseas) aspirants at affordable rates besides training government teachers in the English language to increase their employability.

For instance, visit any city or town in Punjab, one can see burgeoning IELTS coaching centres and overseas consultants in tune with the growing demand for foreign education.

Although migration is a global phenomenon, the scale of migration from Punjab is huge, showing an upward trend with each passing year.

The ministry of external affairs revealed in its immigration status report tabled in parliament last year that 7.2 lakh flew out of Punjab between January 2016 and February 2021 – meaning on an average 405 persons left the state every day during these five years. 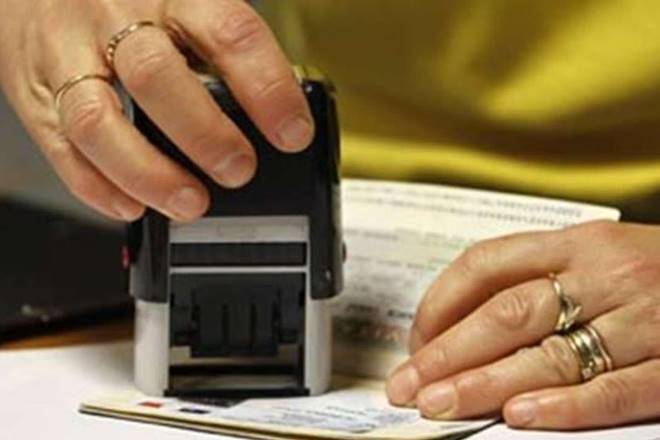 Even in 2020 – when COVID-19 struck the world forcing a number of international flights to be grounded and several countries denying visas – around 38,000 youth from Punjab managed to fly abroad.

Although the ministry of external affairs does not yet have state-wise immigration data for 2021, Vibha Arora, an overseas consultant from Nawashehr, has told The Wire that even after the COVID-19 outbreak and the huge backlog of visa applications with several countries, immigration business in the state has been booming.

According to her, there has been a growth of 25% in the number of visa applications from the state – a trend mainly driven by rising insecurity among the youth, who despite having professional degrees, continue to suffer due to underemployment and unemployment in Punjab.

No doubt, she says, professional courses are much more expensive abroad than here in Punjab, yet the youth are still willing to spend that money in the hope of better employment prospects there.

Speaking to The Wire, Gurjot Singh (19) from Patiala, who recently applied for his student visa for Australia, says he has no hope of finding a “decent job” in Punjab even after obtaining a professional degree. He adds that his cousins who left Punjab for Canada a few years ago are “well-settled now”.

AAP chief ministerial candidate, Bhagwant Mann, said that Punjabi youth were “forced to leave their homeland and move abroad” due to the lack of employment opportunities in the state while speaking to media on January 16.

Holding the incumbent Congress government responsible for the state of affairs, he recalled that in the last elections, Congress had promised a job for every household in Punjab. But, he added, instead of giving jobs to unemployed youth with degrees, Congress gave jobs to the children and families of their MLAs, ministers and leaders.

Mann said that the heroes of Punjab like Shaheed Bhagat Singh, Rajguru Sukhdev and Kartar Singh Sarabha had fought for freedom and sacrificed their lives to drive the British out of the country. “Today their descendants are selling their mother’s jewellery and father’s property to go to work under the same foreigners,” he lamented. 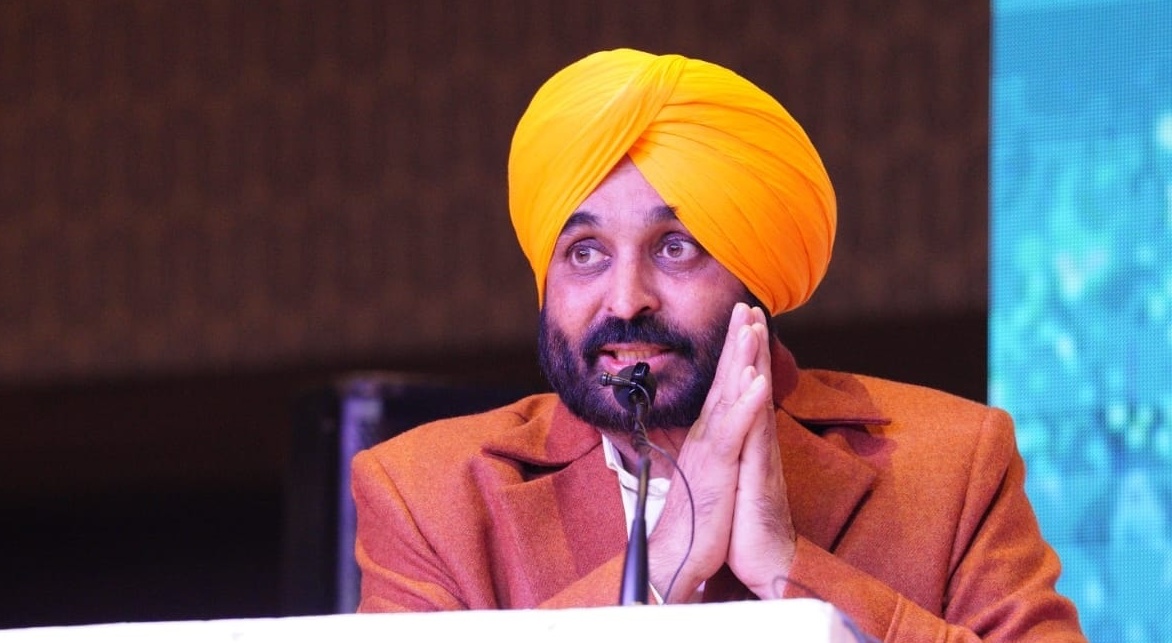 Mann said that on the buses parked at Jalandhar bus stand, seeing the banners of the IELTS coaching centres and agents, one would think that the buses are going to Canada and New Zealand, not Amritsar or Chandigarh.

Mann promised that if AAP is voted to power, they would stop such distress migration, which has been robbing Punjab of money and talent.

In response to Mann, Punjab Congress chief Navjot Sindu also promised more jobs and filling the state coffers by taking control of the sand and liquor trade in the state, instead of allowing the mafia to make money.

However, Satvinderpal Kaur, professor at the Department of Education from Panjab University, is not convinced, for the simple fact that “it is easier said than done”.

She says while for job creation, it is important to have more public and private investments, far more important is ramping up investments in the education sector. She adds that the education system in Punjab in the last decade and a half has been in shambles.

She blames it on the neoliberal policies pursued by the successive state governments since the late 1990s, resulting in a situation where both school and college education has been completely “hijacked” by the private sector.

“It has not only made education more expensive but there has hardly been any supervision to ensure quality is maintained,” she notes.

“On the other hand, government institutions are phasing out. There was a time when government colleges were much sought after. But thanks to low government spending for almost two decades, their condition has become pitiable,” she adds.

“I recently surveyed government colleges in Mansa and Moga. Literally, there was no permanent staff. The infrastructure was poor. So, how can you expect children coming out of these colleges to have proper skills to get jobs?” she asks.

“Even B.Tech graduates in Punjab are underpaid. They have been doing menial jobs, for as little as Rs 10,000 a month despite spending lakhs on fee and other expenses.”

This, she concludes, is the reason behind parents sending their children abroad as soon as they finish class XII, because they believe education abroad is still better.

The situation in villages is further miserable, because of the exclusion of rural students from professional education, due to several factors.

While we don’t have the latest study, a 2008 study by Punjabi University reveals that rural students only constituted 4% of the total number of students studying in all the universities of the state – even though Punjab’s 62.5% population lives in villages.

Given the dire situation in rural areas, and sometimes even in urban areas, many resort to illegal means to settle abroad. The Wire in August last year published an article narrating how Punjabi men are entering into fake marriages with young women who have good scores in IELTS to settle abroad.

Every year, the National Institutional Ranking Framework (NIRF) is released by the Union government, essentially ranking higher educational institutes across the country based on several parameters, including teaching, learning outcomes, resources, inclusivity, among others.

A total of 1,802 institutes participated from different states for the 2021 ranking. But out of over 400 colleges in Punjab, just 22 colleges applied for the ranking and none of them could make it to the top 100. The low participation is due to the fact that colleges believe that they wouldn’t be able to fulfill even the basic criteria to participate in the ranking. This is because of weak regulation in the education sector at the state level despite promoting private education at a large scale.

Also read: Three Reasons Why Punjab Is In a State of Political Churn

As the government data suggests, till 1996, there were just four state-funded universities in Punjab. However, over the years, the number of universities has gone up to 26 owing to the rapid rise in private universities in the state.

Between 2006 and 2017, as many as 15 private universities came up in Punjab, all thanks to Punjab Private University Policy.

On the other hand, there are over 400 degree colleges in Punjab out of which more than half are self-financing private colleges with very little control of the state over their college fees or quality parameters.

In a state where thousands of qualified teachers are unemployed due to the failure of the state to fill vacancies in government schools, there are 215 teacher training colleges and most of them are private colleges.

Subsidised education is available only in 48 government colleges, 120 government-aided colleges and 35 constituent colleges of three state-funded universities. But their condition too is pitiable.