The "people's doctor" has been a staunch critic of the Congress for many years. His decision to campaign for Channi and Sidhu has raised many eyebrows. 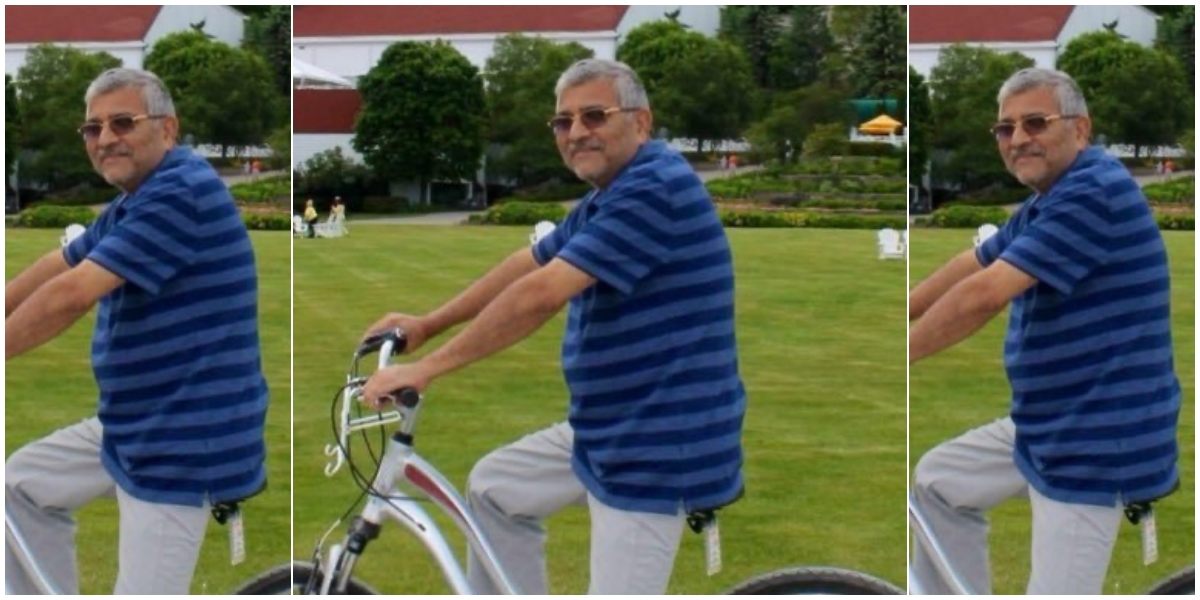 Jalandhar: Dharamvira Gandhi, the former Patiala MP from the Aam Admi Party (AAP), is back in political discourse. He has supported several Congress candidates, which he termed as ‘selective’ and an attempt to prevent the BJP-RSS and AAP from coming to power in Punjab.

Popularly known as the “people’s doctor”, for giving a personal touch to his patients, the ex-AAP MP’s move surprised many, particularly his opponents. He has remained a vocal critic of the Congress all these years.

An alumnus of the Government Medical College in Amritsar, Dharamvira was a member of the Punjab Student Union when he took part in protests against the Congress for imposing emergency in 1975. He was jailed for two months.

On his last name ‘Gandhi’, the ex-MP said, “In my college days, I was known for raising voice on issues of concern. This gave me the suffix ‘Gandhi’. Later I also chose this as my last name.”

He said there is no record of his last name, nor of his brothers. “While my name in documents is Dharamvir Bulla (named after Bulle Shah), my brother’s name is Harvir Nanak (a tribute to Guru Nanak Dev) and the third brother’s name is Yashvir Kabir (for Sant Kabir),” he said.

Dharamvira Gandhi won from the Patiala Lok Sabha seat in the 2014 polls, when AAP won four of the 13 parliamentary seats in Punjab. He had defeated Congress candidate Preneet Kaur, Amarinder Singh’s wife. But then came a period of internal bickering, after which he was suspended from AAP.

Given this background, there is one question on everyone’s mind: why is Dharamvira moving towards the Congress? Justifying his decision, the sacked AAP leader said that all “pro-Punjab forces” should unite for the assembly elections to not just “save Punjab” but “strengthen democracy” ahead of the 2024 Lok Sabha polls.

Talking to The Wire, Dharamvira said that while Channi has asked for his support in Bhadaur, he volunteered to campaign for Sidhu because he admires his honesty and determination. 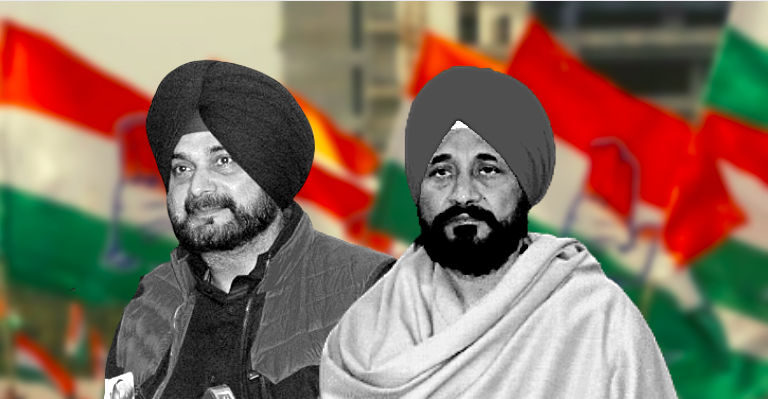 “The entire mafia was trying to finish Sidhu politically. I took it as a moral responsibility to support him. He may have some shortcomings but he is honest and has an agenda for Punjab,” he said.

He added, “While Sidhu wants peace with Pakistan to boost cross-border trade ties, the BJP and AAP have been raising anti-Pakistan sentiments. Trade will help traders and farmers and boost Punjab’s economy.”

During his campaign for Sidhu in the Amritsar East constituency, Dharamvira held a press conference urging people to ensure a decisive win for him against Shiromani Akali Dal (SAD) candidate Bikram Singh Majithia.

Dharamvira said, “The outcome of the assembly election sin Punjab will lay the foundation for the 2024 Lok Sabha polls. Outsiders like BJP-RSS, AAP or the SAD, which looted Punjab through drugs, liquor and sand mining, should not get a chance to rule Punjab. I am supporting Sidhu and his Punjab agenda.”

However, when asked about the Enforcement Directorate (ED) raids on CM Channi’s nephew, Gandhi said, “My support to Congress and its candidates is selective.”

Apart from his support for Congress candidates, the ex-AAP MP also lauded Congress leader Rahul Gandhi for his recent speech in parliament. He said, “Have you heard Rahul Gandhi’s speech? It was wonderful. He emphasised India as a Union of States and not as a kingdom. Rahul is reinventing himself.”

He added that after a period of turbulence, a new Congress is taking shape. He said he would like to discuss issues like federalism, the concurrent list being eroded, rights of minorities with the party.

On the opposition’s claims that he is making these moves because he is eyeing the Patiala seat for the 2024 Lok Sabha elections, Dharamvira said, “I am 72 years old. I have had a rich life as a doctor serving my people. I have not joined the Congress nor do I have the intention of contesting polls.”

In the article, Dharamvira argued that it is often said that the threat to democracy comes from communal-majoritarian politics and authoritarian leaders. “Undoubtedly there is truth in this statement. It is often said that the threat is aggravated due to a weak and divided opposition. That too is a reality. But all these are surface phenomena. The real threat arises out of deeper political realities”, he wrote.

“There have been instances in modern history – some very famous ones as in Germany of 1930s – when democracies have committed suicides. India is passing through such a phase,” he emphasised in his write up.

Lashes out at BJP and AAP

Lashing out at the BJP, Dharamvira said that the saffron party was out to change the idea of India. He said the “colossal corruption” under the BJP was no match to that under the Congress. “The BJP is unashamedly selling all the assets of the country. From public enterprises, IITs, Indian Railways, airports, government institutions, everything is being sold off. Interestingly, demonetisation has made BJP the richest party in the country. It is forcibly imposing its agenda of Hindu Rashtra through an authoritarian regime. It is important to raise your voice against them,” he said.

Gandhi said as a doctor and a scientific person, he wants to strive for a pluralistic and democratic country. “If Modi comes to power in 2024, we may not be able to redeem the country,” he added.

He also criticised AAP’s politics as soft Hindutva. He pointed to Arvind Kejriwal’s support to the dilution of Article 370 and silence over the rights of Kashmiris, the CAA-NRC issue as examples, claiming that AAP and BJP are “hand in glove”.