With Latest Revolt in Punjab Congress, the Infighting Has Reached a Point of No Return

Four ministers and over 30 MLAs close to Navjot Singh Sidhu are now saying that Amarinder Singh should be removed as chief minister before the upcoming state elections. 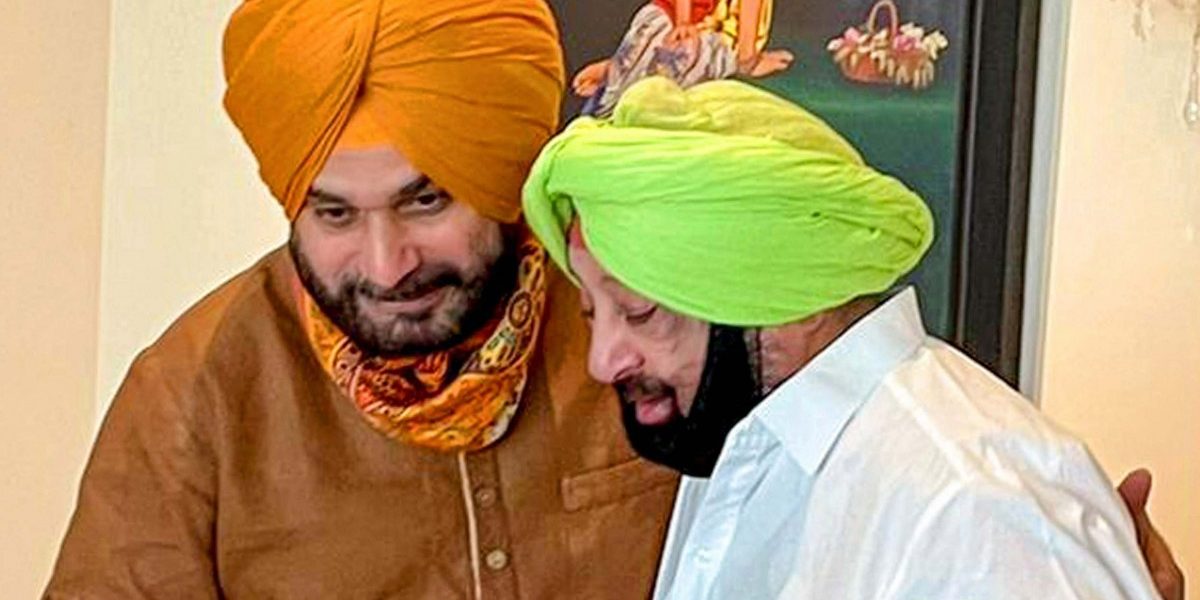 Chandigarh: While the Congress party high command may want us to believe that all is now well in the Punjab state unit, recent developments show that reality doesn’t quite match the image they’re building. A fresh revolt on Tuesday (August 24) by a section seeking chief minister Amarinder Singh’s removal put paid to any perceptions that the different sides have reached an agreement.

A month ago, Congress leader Rahul Gandhi had claimed that the infighting in the Punjab Congress, which began in April this year with full-blown war of words between Navjot Singh Sidhu and Amarinder, was resolved. More recently, on Monday (August 23) senior Congress leader Mallikarjun Kharge in an interview to the Indian Express too went on to say that there are now no tensions between Amarinder and Sidhu.

Tuesday’s revolt, however, appears to be even more serious than what we witnessed in April. Four ministers and over 30 MLAs close to Sidhu convened a meeting in Chandigarh and sought the removal Amarinder as chief minister before the upcoming polls, alleging that he has not performed his duties.

The state cabinet ministers in attendance were Tripat Rajinder Singh Bajwa, Sukhjinder Singh Randhawa, Charanjit Singh Channi and Sukhbinder Sarkaria. They were all once were Amarinder supporters, but changed loyalties after Sidhu gained prominence in the party.

After the meeting, they declared that all four of them, along with Sidhu’s close aide Pargat Singh, will meet Congress president Sonia Gandhi at the earliest and seek the chief minister’s removal. “A majority in the Punjab Congress now wants Captain’s [Amarinder Singh] replacement or the party will lose badly in the coming assembly election,” Bajwa told the media after the meeting at his residence in Sector 39.

On who will replace Amarinder, Bajwa said that it was the prerogative of the Congress president. “We will soon meet Mrs Gandhi and put forward our demand,” he said.

While Sidhu was not present in this meeting, he separately met the leaders later in the evening at Congress Bhawan in Sector 15 to prepare the future strategy. “Got a call from Tripat Bajwa ji asking for an emergency meeting… Met him along with other colleagues at the PPCC office. Will apprise the high command of the situation,” Sidhu said in a Facebook post later in the evening.

While there has been no statement by Amarinder or his close aides so far, a press release from his office on Tuesday night called the rival camp’s move one-sided and fabricated.  The media release claimed that seven party MLAs who were present at Bajwa’s residence never demanded Amarinder’s replacement and had merely attended the meeting to discuss the party’s affairs. The release quoted one such MLA, Kuleep Vaid, as saying that he was not part of any such conspiracy against the chief minister as he had gone there to discuss cooperative elections in his constituency.

The Punjab Congress currently has a strength of 80 MLAs, including three from the Aam Aadmi Party who recently switched sides to the Congress in the 117-member state assembly.

On how many MLAs are supporting their move, Bajwa told the media, “Leave the numbers, everyone will see our strength when we reach Delhi.”

What triggers the fresh row?

Senior journalist and author Jagtar Singh told The Wire that multiple factors were at play behind the fresh controversy in the Punjab Congress.

First, as Sidhu and Amarinder’s internal fight is far from over, there is a strong chance that all ministers closer to Sidhu in the cabinet will be dropped anytime. If that happens, it will be a huge setback for Sidhu as well as his supporters, and will send the message that Amarinder is still powerful within the party. Amarinder recently met Sonia Gandhi and discussed a cabinet rejig.

Secondly, Sidhu must have got some feedback from the ground by now that the party is not in a strong position ahead of the coming elections, because of the government’s failure to address key issues like sacrilege, drugs or liquor and the sand mafia in the state.

Jagtar said that even though Amarinder promised to implement the 18-point agenda before the high command, the Sidhu camp felt that the chief minister has done nothing on this front, nor given indications that he is serious about the matter.

“Third, the Shiromani Akali Dal has suddenly become active with Sukhbir Singh Badal’s 100-day tour of the state, whereas Amarinder continues to be confined within his farm house, irking the Sidhu camp further,” added Jagtar.

He said that there is a precedent of leadership change in Punjab. In the 1990s, the Congress replaced then chief minister Harcharan Singh Brar with Rajinder Kaur Bhatal a month before the state election.

Punjab cabinet minister Charanjit Channi, part of the Sidhu camp, told the media that all party MLAs today are very worried that the key poll premises the Amarinder government made before the 2017 elections remains unfulfilled.

The Punjab government summoned former Punjab chief Minister Prakash Singh Badal and his son Sukhbir Singh Badal in connection with the sacrilege issue. But there has been no progress on what action the government is taking against them, said Channi.

“We have lost our faith in Captain Amarinder Singh’s leadership in addressing these issues. It is certain that we would not be able to win the elections under the current chief minister. That is why we are going to meet the party’s central high command to address our concerns,” Channi told the media. 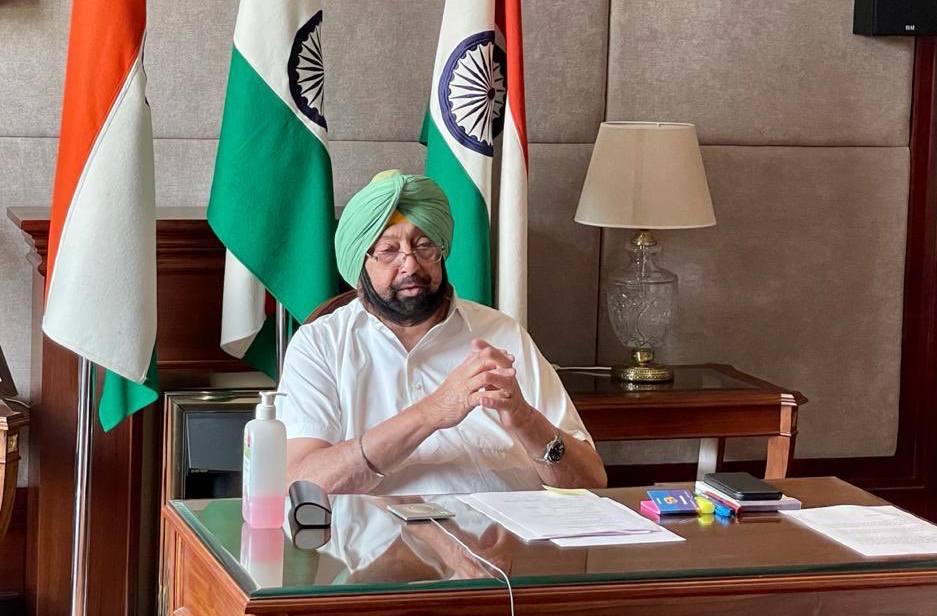 On why the chief minister is not serious on key issues, Sukhjinder Singh Randhawa told The Wire, “Only Captain can answer this. If he had been serious about it, there was no need for us to come together and seek leadership change.”

“How will the party win the the coming election if the key issues are not resolved timely?” asked Randhawa. “Our demand is genuine and reflects the common concern of all party members who eagerly want the Congress to repeat government in the 2022 elections.”

While all eyes are now on the Gandhi family, many believe that the Sidhu-Amarinder relationship has crossed the point of no return. The question that remains is who will prevail.

No side is ready to a the chance to embarrass each other, whenever the opportunity arises.

The latest instance is the controversial remarks by two of Sidhu’s aides – Malwinder Mali and Pyare Lal Garg – on Kashmir and Pakistan, which turned out to be a major issue after Amarinder’s open condemnation.

In a recent social media post, Mali had waded into the issue of revocation of Article 370 of the Constitution, which gave a special status to the erstwhile state of Jammu and Kashmir. “Kashmir belongs to Kashmiris. Going against the tenets of the UNO resolutions, India and Pakistan have illegally usurped Kashmir. If Kashmir was a part of India, then what was the need to have Articles 370 and 35-A. What was the special agreement with King Hari Singh? Tell people what were the terms of the agreement,” he had posted

Taking strong exception to the “anti-national and pro-Pak” comments of two of Navjot Sidhu’s aides, a group of Punjab Congress ministers and MLAs, close to the chief minister, on Tuesday called for strong action under the law against them, in a media release.

Also read: PM Modi, at the End of His Tether, Is Intent on Wilful Destruction of Syncretism

Besides stringent legal action against Mali and Garg, they also urged the Congress national leadership to direct Sidhu to immediately rein in his aides in the interest of the party, as well as the country.

They also questioned Sidhu’s failure to put his foot down on such comments, despite the uproar it has triggered across party lines.

Senior journalist Hamir Singh said that earlier, the infighting in the Congress was about leadership change, and was somewhat settled with Sidhu’s elevation. But the fresh demand to remove Amarinder as chief minister will only make things worse in the Congress.

Hamir said there are chances of a split in the party if the captain is unceremoniously removed. Even Amarinder’s removal does not guarantee that the party will do well in the elections. The party will continue to be under a lot of questions over its performance in the last five years, he argued.

Political analyst Khalid Mohammad said that when the party was supposed to show a united face ahead of the state elections, its leaders continue to wash dirty linen in public and put the party’s chance to form government again in jeopardy.

“The chaos has become a kind of routine within the party. The problem is that no one appears clean in the Congress government. If the Captain did not perform well, the ministers who are demanding his ouster are equally responsible to stay silent in past four and half years,” he said.

Meanwhile, political commentator Harjeshwar Pal Singh believed that infighting in the Punjab Congress has re-established the dominance of the party’s central leadership.

“Captain Amarinder Singh did not let any dissident group to crop up in recent times. That is why he had leverage to ignore central leadership as and when he wanted. But the equation has changed ever since Sidhu has gained prominence and emerged as a main challenger to Amarinder. It is now interesting to see how the latest demand to oust Captain is dealt by Gandhi family,” he said.