The Congress has gone with the ‘old wine in a new bottle’ formula to keep the flock together, avoid poll rebels and accommodate different factions. 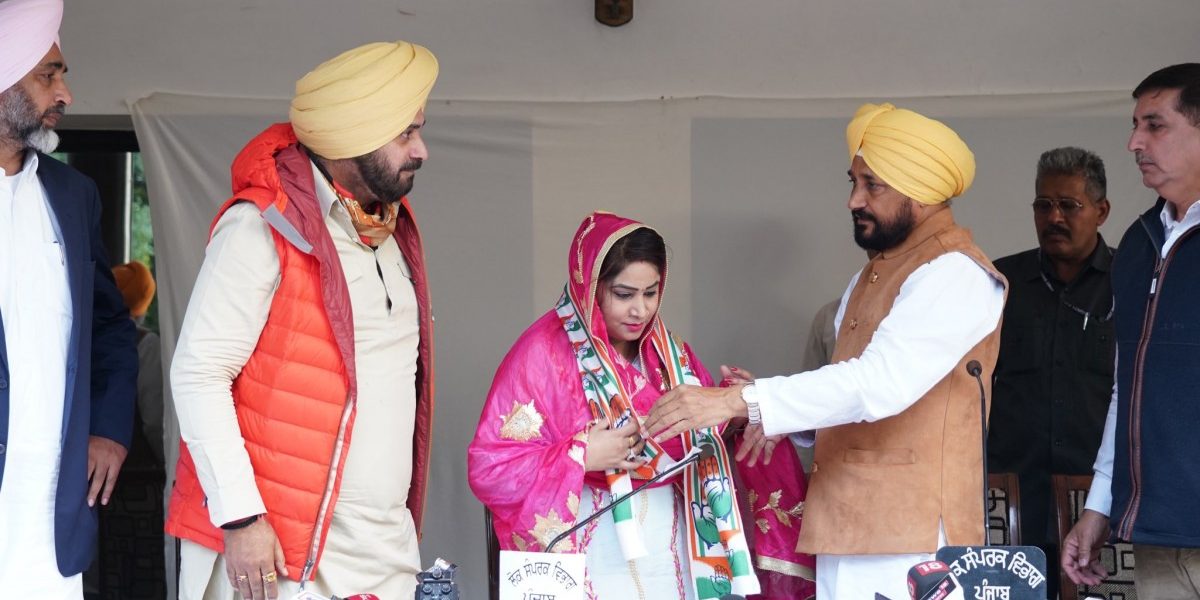 By repeating the names of as many as 60 sitting MLAs, it’s clear that the Congress is playing it safe. At the same time, it has also accommodated the interests of different factions within the party.

The Congress has been dealing with internal rifts for some time now. The strategy behind retaining most of the old faces is to keep the flock together and to not let the fight spill over at this crucial juncture.

Since neither Channi or Sidhu was allowed to have undue influence over the ticket selection, the party tried to send a message that Congress wants to take everyone along and deal with question of who takes up the CM’s mantle later if it wins the election.

Since the coming state polls on February 14 will see a multi-cornered contest where winning margins are likely to remain low, the party, by announcing a maximum of sitting MLAs, has tried to avoid poll rebels, said a party source.

All eyes are now on the remaining 31 seats to see whether some changes will take place. The Congress is also yet to announce its candidate from the Patiala Urban seat, which is Captain’s traditional seat.

The party even adjusted some turncoats by giving tickets to former AAP MLAs Rupinder Ruby (Malout) and Sukhpal Khaira (Bholath). This is despite the fact that Khaira was recently arrested by the enforcement directorate in a drugs trafficking case. Khaira’s candidature may give some ammunition to opposition parties to question Sidhu’s stand on the fight against drugs.

Sidhu even locked horns with the present cabinet minister Rana Gurjeet Singh, who in the past has faced several allegations of illegal sand mining. Singh was even removed as cabinet minister while Captain Amarinder Singh held the reins of the state government.

Sidhu recently said at a rally that the coming election would be an end of the the road for Rana Gurjeet Singh, triggering a war of words between Singh and Sidhu.

But with party fielding him again from Kapurthala, Sidhu, it appears, could not do much.

Political analyst Ashutosh Kumar told The Wire that with the party banking upon sitting MLAs and even fielded defeated candidates makes it amply clear that it is business as usual.

“Sidhu’s writ also did not work in the final selection of the candidates. In fact, he has been downsized as he has had to announce those very names that he opposed publicly. It sends out a clear message that Congress is not banking on Sidhu alone as it believes multiple factors will lead it to victory,” he said.

“But it is easier said than done. Congress’ list is like old wine in a new bottle. There is no change or sign of encouragement – unlike in UP, where they fielded several women candidates and youth faces,” he said.

“Of 86 candidates, the number of female candidates are just nine – which is not much,” said Ashutosh.

Meanwhile, the Congress ‘one family, one ticket’ policy has ruled out tickets to several known faces too.

For instance, the party’s Hindu face and Punjab Congress campaign chief Sunil Jakhar has been ruled out of the polls after the party fielded his nephew Sandeep Jakhar from his constituency Abohar.

Another Hindu face of the party, Brahm Mohindra, six-time legislator and current cabinet minister, paved the way for his son Mohit Mohindra from his existing constituency Patiala Rural.

The party’s Rajya Sabha MP Pratap Singh Bajwa has been fielded from Qadian in Gurdaspur district. His brother Fateh Jang Bajwa was the party’s sitting MLA from this constituency. But a few weeks ago, he defected to BJP as it was made clear that the party would not field him. As Fateh Jang is likely to be the BJP candidate from Qadian, the contest in this seat will be interesting as two real brothers who live in the same house will be fighting against each other.

Meanwhile, the party also did not field Lal Singh, another important OBC leader, as his son has been fielded from Samana. Singh had been eying a ticket from Sanaur in Patiala district, his old constituency, but was not considered because of the new norm.

After Moosewala’s candidature, there are chances that Congress sitting MLA from Mansa, Nazar Singh Manshahia, may switch sides as he is upset with the party fielding a singer and ignoring him. Even the sitting MLA of Moga Harjot Kamal, and his supporters, are miffed over Malvika’s induction. Earlier this week Harjot announced that he would contest the upcoming polls from the Moga constituency even if the grand old party denied him a ticket.

Soon after his ticket was cut, Kamal joined BJP and now hopes to defeat the singer.

Meanwhile, the party changed its Adampur (Jalandhar district) candidate by fielding Sukhwinder Singh Kotli in place of party’s known face Mohinder Singh Kaypee. He has not reacted so far.

Several Congress leaders were demanding that the party ought to field big names in key constituencies to create a hype ahead of the elections.

One such constituency was Majithia, where SAD leader Bikram Singh Majithia, who was recently booked in a drugs trafficking case, is a sitting MLA. The brother-in-law of SAD president Sukhbir Singh Badal, the Akalis are claiming that the case against Majithia was result of Congress’s political vendetta. Meanwhile, AAP has been alleging that Congress did not deliberately arrest him and the action taken against him was a mere election stunt.

In this context, the Majithia assembly constituency has been at centre of attraction as it was expected that the Congress would field a high profile leader from there. This, however did not happen, as it fielded newcomer Jagwinder Pal Singh.