Harish Rawat's note on who the Congress will fight the upcoming elections under has led opposition and Congress politicians to wonder aloud if the objective of selecting a Dalit CM was misguided. 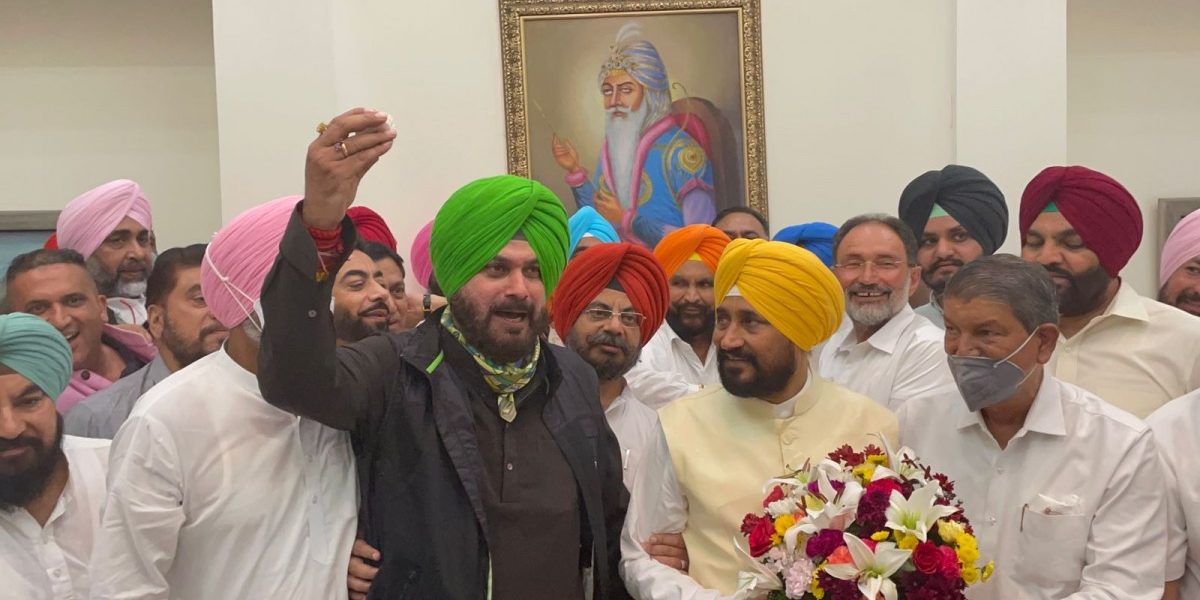 The high drama of the past few days, however, prevailed, as hours before the ceremony, Punjab Congress affairs in-charge, Harish Rawat, noted in a statement that the coming assembly elections in the state will be fought under Punjab Pradesh Congress Chief Navjot Singh Sidhu. This ruffled a few feathers.

It (party face for upcoming State polls) will be decided by Congress president, but given the circumstances, elections will be fought with CM’s cabinet under Punjab Pradesh Congress Committee, whose chief is Navjot Singh Sidhu. He is very popular…: Congress leader Harish Rawat pic.twitter.com/VDYVSh3Qic

First to slam Rawat from within the Congress was former Punjab Congress chief Sunil Jakhar. In his tweet just before Channi’s swearing-in ceremony, Jakhar stated that Rawat’s statement that the election will be fought under Sidhu was baffling.

On the swearing-in day of Sh @Charnjit_channi as Chief Minister, Mr Rawats’s statement that “elections will be fought under Sidhu”, is baffling. It’s likely to undermine CM’s authority but also negate the very ‘raison d’être’ of his selection for this position.

Later, Jakhar, who was one of the probables to replace Captain but was later dropped, also took an indirect dig at the Congress high command in another tweet saying that petty and small people occupying high positions are trying to divide Punjab on the basis of race, caste and identity.

The Shiromani Akali Dal jumped into the milieu as well, with its national spokesperson Manjinder Singh Sirsa slamming Rawat in a series of tweets and stating that by projecting Channi as a “dummy” chief minister, Congress and the Gandhi family have insulted Dalit people.

By projecting @CHARANJITCHANNI as a Dummy CM & saying 2022 elections will be fought presenting @sherryontopp as CM; @harishrawatcmuk has insulted Dalits@INCIndia & Gandhi family once again showed that they treat Dalits as pawns & don’t consider them worthy of respect & stature

Mayawati said the Congress’s announcement of contesting the state polls under a non-Dalit meant that the grand old party did not fully trust the community.

SAD and BSP are in pre-poll alliance in Punjab and many believe Congress’s move to appoint Channi has rattled the opposition.

Even BJP, which too has been eying the Dalit vote-bank in Punjab after partying ways with SAD over the farm bills, also hit out at Congress over Channi’s appointment.

BJP’s Amit Malaviya in a tweet stated that Dalits are now mere political pawns in Congress’s devious politics. “In Punjab, they claim to have made a Dalit CM, only [for him] to be posted as a night watchman, till Gandhi family loyalist Sidhu takes over,” he stated.

Amid this din, 58-year-old Channi became Punjab’s 17th chief minister in the presence of the senior leadership of the party.

Congress leader Rahul Gandhi who played a major role in the power transfer in Punjab, especially flew from Delhi to attend the ceremony here, offering opportunity for what appears to be a perfect photo finish to the uncertainty of the past few days. Rahul Gandhi with Channi at the swearing-in ceremony. Photo: Twitter/@RuchiraC

While more than 40 senior party leaders attended the ceremony, including former chief minister Rajinder Kaur Bhattal, outgoing Punjab chief minister Captain Amarinder Singh was conspicuous in his absence. The captain had been forced to resign by the party high command on Saturday, September 18, in the backdrop of a several month-long power tussle within the party.

Today, however, Sidhu, Channi and Harish Rawat all reached Punjab Raj Bhawan in a single vehicle.

In what is being seen as an attempt to balance caste equations in the state ahead of the polls, two party MLAs – Sukhjinder Singh Randhawa who is among party’s prominent Jat Sikh faces and O.P. Soni, the party’s Hindu face – took oath as deputy chief ministers.

Also read: Watching the Fall of a Regional Satrap in Punjab

It is pertinent to mention that Randhawa’s elevation as deputy chief minister can also be construed as the party’s attempt to placate him since he was the front runner for the top post after Amarinder’s resignation.

But at the last moment, party zeroed in on Channi, in an ostensible move to win over the state’s Dalit vote bank – who comprise one-third of the total state population – as well as not to upset Sidhu, who is eyeing the top post for a longer term if his party retains power in the state.

Rawat’s statement that the party will contest the coming election under Sidhu’s leadership offers clear indication that Channi’s appointment is an interim arrangement and that it will be a Jat Sikh who will return to rule the state if Congress returns to power. Since the division of Punjab in 1966, all chief minister except Giani Zail Sikh and now Channi, were Jat Sikhs.

Designating O.P. Soni as deputy chief minister, however, came as a major surprise. Soni is MLA from Amritsar Central and is not as influential a Hindu face as other leaders like Brahm Mohindra who has remained a close confidante of Captain Amarinder Singh during his second stint as chief minister.

The fact that Mohindra has been left out is a clear signal of the shake-up within the Congress. It will be interesting to see who makes it to the cabinet of the new chief minister. The names are expected to be announced in a few hours.

Channi broke down while addressing his first press conference, saying that he came from a poor family that did not have a roof over its head.

“It was because of the vision of Congress party and Rahul Gandhi that a common man has been made chief minister today,” he said.

He also thanked Sidhu after thanking the Gandhis, indicating the new power centre of Punjab Congress.

Channi, who along with Sidhu formed a major anti-Amarinder camp that finally led to his resignation, also took a dig at the outgoing chief minister, when he said that his government will not work from a drawing room, but will be out among the public and solve their problems.

Amarinder was often accused of being inaccessible even to his own MLAs. The pandemic made reaching the chief minister even more difficult, ramping up dissidence against Captain that he failed to read in time.

Channi said, “I will be a chief minister for the poor common men, daily wagers and marginalised farmers. I will never be representative of rich people, rather I will back poor rickshaw pullers. I myself did odd labour jobs and knew the pain of the poor people.”

He announced that he would waive off pending electricity and waters bills of poor people throughout the state. “We will not let the power department snap anyone’s connection due to pending bills,” he added.

Channi also promised to take action against the sand and drug mafia and even spoke of cancelling illegal private transport licenses with the Badal family.

Channi then appealed to the Modi government at the Centre to take back the “black” farm laws, saying that his government will take all possible steps to back farmers in their ongoing fight against these laws.

Rahul not likely to meet Captain

Sources in the party revealed that Rahul Gandhi will not meet Captain Amarinder Singh and will leave for Shimla instead, where he will spend a few days with his family.

The Captain was once considered close to the Gandhi family but the last few days have shown that this may no longer be the case.

Also read: After Resigning as Punjab CM, What Options Lie Before Amarinder Singh?

Before his resignation, Captain wrote a letter to Congress president Sonia Gandhi, saying that the latest events leading to his resignation are clearly “not based on full understanding of the national imperatives of Punjab and its key concerns.”

“Notwithstanding my personal anguish, I hope this will not cause any damage to the hard-earned peace and development in the state, and that the efforts I have been focusing during the last few years, would continue unabated, ensuring justice to one and all,” the Captain had written.