For the first time in Punjab's history, a non-SAD, non-Congress government will be in power. 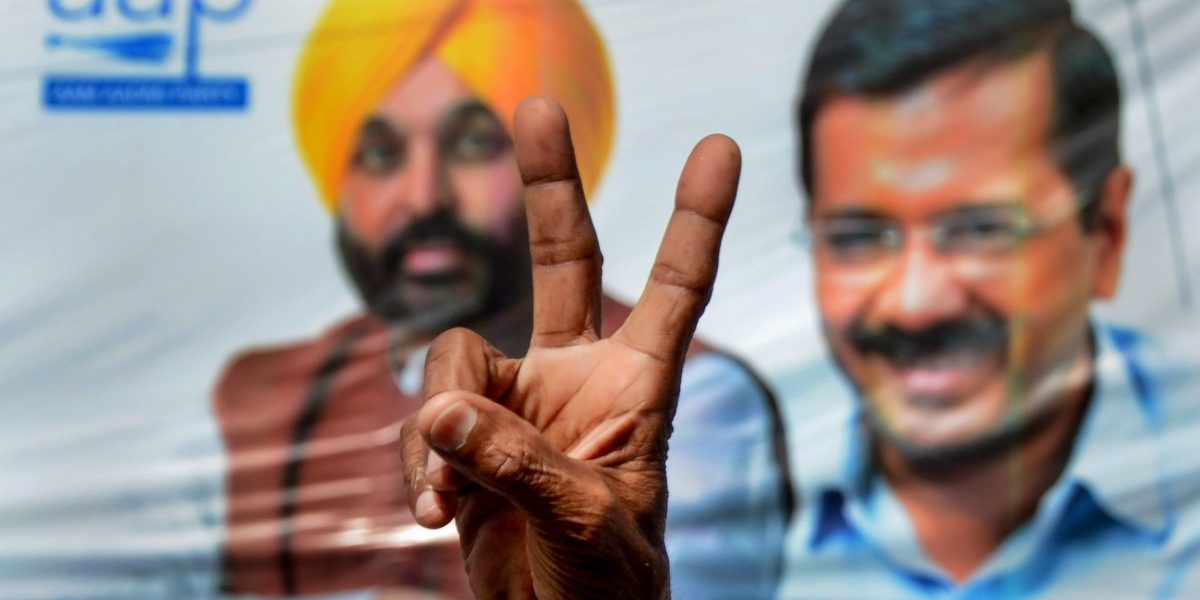 Chandigarh: After months of questions on whether the voters of Punjab were serious about badlav (change), we now have a resounding answer. The Aadmi Party won 92 of the state’s 117 assembly constituencies – much more than the 59 it requires to form the government.

No party in Punjab has registered such an emphatic win in the history of its polls. “This was not a victory, it was a tsunami that swept away everyone,” said political analyst Jamshid Khan.

This is an even bigger mandate than the Congress got in 2017, when it won the election convincingly with 77 seats (a two-thirds majority), and AAP had won just 20 seats.

The trend is a signal that there was a clear wave for AAP as its candidates are leading from all regions of Punjab – Malwa, Majha and Doaba.

Bhagwant Mann, the party’s main face in the state, is set to be 17th chief minister of Punjab.

Mann, who won with over 50,000 votes from Dhuri, said in his victory speech at Sangrur, “Give me a month and you will start noticing the difference in the [welfare] delivery system.” He announced that he would take oath as Punjab’s 17th chief minister from Khatkar Kalan, the birthplace of Shaheed Bhagat Singh in Nawanshahr district. He said his first job as chief minister will be to provide employment to the youth. His government will operate from villages, not in big mansions, he said, in a dig at Amarinder Singh and the Badals.

This is the first time that a third front is set to form the government in Punjab, where the Shiromani Akali Dal and Congress have ruled interchangeably since the state’s reorganisation in 1966.

The scale of AAP’s win could be gauged from the fact that in a five-cornered contest, AAP is set to get 41% vote share, 17% higher than the 2017 election.

The biggest upset of the election is the rout of the incumbent Congress. The party that won convincingly in 2017 is down to 18 seats, as much of its poor performance is blamed on internal fighting. Most of the cabinet ministers in the Congress government lost.

Even incumbent chief minister Charanjit Singh Channi, on whom Congress played a big bet and hoped he would consolidate Dalit votes, lost from his home constituency in Chamkaur Sahib as well as Bhadaur in Barnala district.

A major embarrassment appears to be in the making for Punjab’s grand old party, SAD, as it could not even reach a double-digit mark.

Ever since Punjab’s reorganisation in 1966, Congress and the Shiromani Akali Dal have ruled Punjab interchangeably. A third front has never won, despite several parties making desperate attempts in different phases of Punjabi politics in the last 50 years. A few of them (for instance the Bharatiya Janata Party, which allied with SAD) ended up stitching alliances to stay relevant.

But it was clear even before today that the political scenario is very different this time. Once known for its bipolar contest, Punjab for the first time witnessed five-cornered fight in the 2022 assembly polls, thereby making the electoral battle more interesting and close enough to give sleepless nights to political leaders.

The SAD-BSP alliance, BJP-Captain Amarinder Singh-led front and the farmers’ front, Sanyukt Samaj Morcha, were the direct fallout of the year-long farmers’ movement and the internal rift within the ruling Congress.

After voting on February 20, people were divided on whether Punjab would throw a decisive mandate and many predicted a hung house. But all the exit polls on March 7 gave a clear mandate in favour of AAP.