The opposition called the sacking a mere political stunt to deflect from Bhagwant Mann’s failure on several fronts. 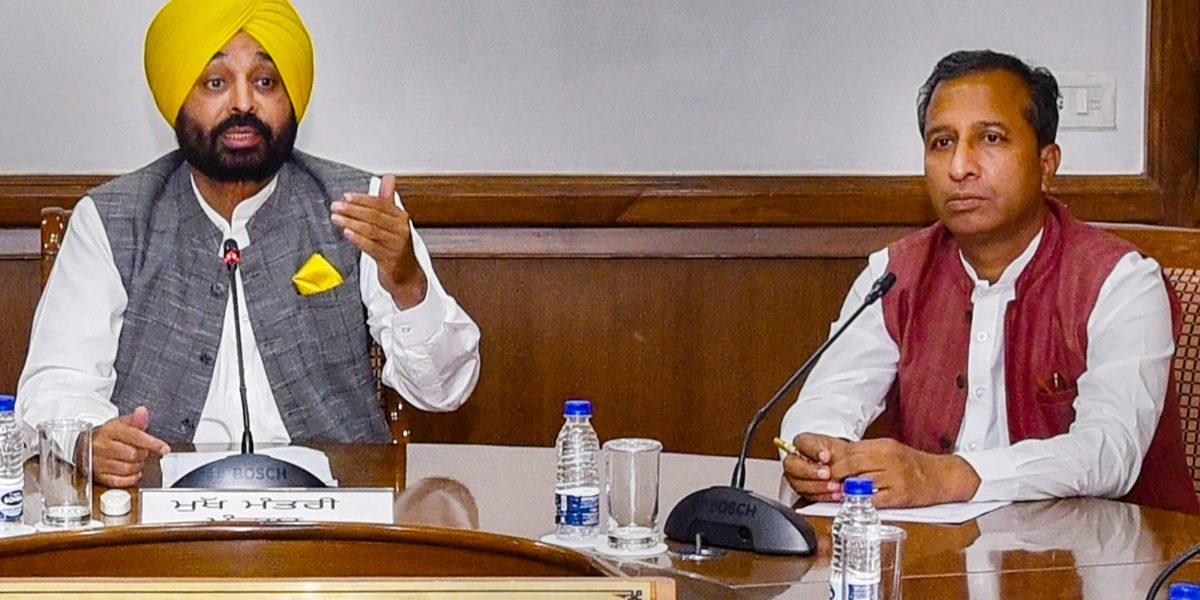 Chandigarh: The dust is yet to settle after Bhagwant Mann, heading a two-month-old Aam Aadmi Party (AAP) government in Punjab, sacked his own cabinet minister over graft charges and sent him to jail.

After the police arrested state health minister Vijay Singla, the Enforcement Directorate too began scrutinising the matter to explore whether there was a money laundering aspect.

While the opposition called the sacking a mere political stunt to deflect from Mann’s failure on several fronts, AAP appears unfazed and is taking credit for Mann’s decisive action against his own minister in a corruption case.

The whole case, as per the FIR, hinges on an audio recording between the minister and the main complainant, Rajinder Singh, a government engineer working in the health department, who accused the minister of seeking Rs 5 lakh as a bribe in lieu of awarding a government contract worth Rs 46 crore.

The complainant claimed that earlier, the minister sought a 2% cut (Rs 1.16 crore). Later, the deal was finalised for Rs 5 lakh.

Although there was no exchange of cash between the accused and the complainant, which might make the case tricky in court, AAP is not waiting before taking credit for Mann’s actions.

From AAP boss Arvind Kejriwal’s tweet that Mann’s action brought tears to his eyes to Kejriwal’s deputy Manish Sisodia warning that corruption will not be tolerated in the party, there is a sense of euphoria with which AAP leaders – whether in Punjab or outside – have reacted in the past 24 hours.

AAP’s Raghav Chadha was also quick to hail Mann’s decision as a masterstroke and a new benchmark in Indian politics.

AAP has been using each of its popular decisions in Punjab to increase its footprint in other poll-bound states or wherever the party is looking to expand. The Singla episode may be the latest flashpoint for AAP to further deepen its ‘pro-people’ narrative.

It explained how a government engineer posted in Mohali made a complaint to Mann, who then began a secret investigation. Once confirmed through the audio recording that Singla allegedly sought a bribe, he was sacked and put behind bars.

While Singla claimed to the media outside a Mohali court that this was a conspiracy to defame him and the party, another tweet by AAP Punjab hailed his arrest as ‘real badlav (change)’, something that the previous Congress government, which allegedly sheltered many of its corrupt ministers, lacked.

First-time MLA was a surprise pick

Singla, a first-time MLA from Mansa who has been associated with the party for seven years, was a surprise pick in the cabinet since there were many other worthy names that the party ignored.

Many including senior journalist Jagtar Singh say that Mann has asserted himself by sacking Singla, in a clear political message that his government is not remote controlled from Delhi, a charge that Mann often faces from opposition.

“It is a wrong charge,” AAP Punjab spokesperson Malvinder Kang claimed while speaking to The Wire.

He said, “Mann saab has been working independently ever since the government formation. However, there is nothing wrong in consulting party top leaders in Delhi in key decisions since they now have considerable experience in running a government.”

Party insiders also say that more than keeping a check on government functionaries, this is a stern message to the party’s own flock.

AAP has as many as 92 MLAs in the 117-member Punjab assembly. Many of them came from traditional parties against whom AAP won the popular mandate on the issues of corruption and misgovernance.

“Mann saab has tried to kill two birds with one stone. First, the party has got immense publicity with this decision, something it badly needed after the recent law and order fiasco in Punjab. Second, it is a stern warning to its own leaders to stay away from the greed of power,” said a party leader.

Initially, the opposition parties’ reaction was calibrated. By Wednesday evening, however, they did not shy away calling it a political stunt.

Sunil Jakhar, who recently joined the BJP, said that with so many AAP MLAs facing criminal charges, this move could be a clever ploy to turn this weakness into a virtue by doing a sting on its own minister.

The Mann government was also reminded how the chief minister remained silent when AAP MLAs and their supporters went on rampage taking control of truck unions, which are often linked with money and muscle power, just in the first weeks of their government.

Grewal asked Mann to order a CBI inquiry against Kejriwal for the “sale of assembly tickets” as well as “collection of Rs 30 crore each from businessmen for allocation of Rajya Sabha tickets” to them.

“Kejriwal had claimed within ten days of installation of the AAP government in Punjab it would put an end to corruption. If this is so, how did this incident concerning the minister happen,” he added

AAP spokesperson Malvinder Singh Kang told The Wire the opposition is confused on how to react whenever the Mann government takes decisive decisions.

He added they are opposing just for the sake of opposition. The fact is that no one, whether media or opposition knew about corruption complaints against members of his own cabinet.

Mann could have easily pushed it under its rug like previous governments did. But he chose to set an example by taking a harsh decision against a member of his government, he added

However, Congress MLA Sukhpal Khaira asked the Mann government to release an audio transcript of Singla’s alleged bribe scandal to clear the mist that it is not a repeat of the Chhotepur sting that never existed. Sucha Singh Chhotepur was the AAP convenor in Punjab in 2017 and was sacked before then state election over Rs 2 lakh bribery allegations.

In response, Kang said why doesn’t the Congress delegation meet Mann and request him to take stern action in the SC scholarship scam, illicit liquor scam and other irregularities in which their party colleagues were involved.

Meanwhile, Mann is likely to keep the health portfolio. Singla was overseeing the launch of AAP’s flagship mohalla clinic project in Punjab from August 15.

After Singla’s sacking, ministerial strength in the Mann cabinet has reduced to nine, which is grossly short of the permissible strength as per article 164 (1A) of Indian Constitution

The council of ministers in Punjab has an upper limit of 18 ministers including the chief minister – which is derived by rounding up 15% of the 117, the total MLAs in the house.

When asked if the AAP government will look into ministerial expansion after Singla’s sacking, Kang said that it is the chief minister’s prerogative to take this call.

Sources said that cabinet expansion looks unlikely for another six months, since the party is waiting for its government to settle down.