'The CAA was shattering to pieces the principles of secularism which is the basis of the constitution,' resolution stated. 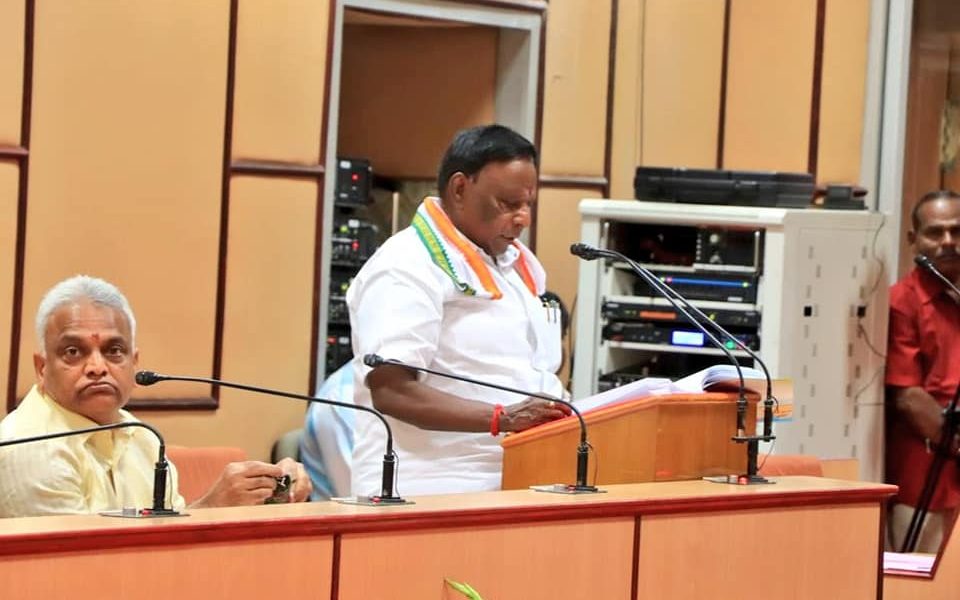 All the members belonging to the opposition All India N.R. Congress (AINRC) and All India Anna Dravida Munnetra Kazhagam (AIADMK) boycotted the session while the three nominated legislators belonging to the BJP staged a walk-out after registering their objection to the tabling of the resolution when the House commenced its special session.

The House had a one day special session.

As soon as the chief minister started reading out the contents of the resolution the three BJP members V. Saminathan, K.G. Shankar and S. Selvaganapthy rose in revolt and objected to moving of the resolution.

Also read: As States Battle Centre on CAA, a Guide to the Issues Before the Supreme Court

They were heard saying the resolution was a “murder of democracy” and “violation of constitutional provisions.”

The members trooped out of the House and did not turn up for the remaining part of the meeting.

The resolution urged the Centre to withdraw the CAA as it was “totally opposed to the principles of secularism.”

The resolution was passed after the airing of views by the chief minister, his cabinet colleagues and legislators belonging to the Congress and its ally the Dravida Munnetra Kazhagam (DMK).

The resolution stated that the CAA had caused “pain and chaos” among the people at large in the country.

The enactment of the legislation in the Parliament had created “peaceful agitations across the country”.

The CAA was shattering to pieces the principles of secularism which is the basis of the constitution, it said.

Claiming that there was a hidden agenda in the CAA as the Muslims were ignored, it said the law was “totally injurious” to the great sacrifices made by Mahatma Gandhi for protection of secularism.

The resolution alleged that certain forces were trying to introduce religious sentiments by forgetting the path shown by the first Indian Prime Minister late Jawaharlal Nehru.

“If there was any space available for the divisive forces it would only mean that a historic blunder would be committed hitting the cardinal principles of secularism, the great sacrifices made by martyrs and the freedom of the country.”

The resolution also expressed disappointment over the CAA not including the Sri Lankan Tamils who were staying in various places and in refugee camps in Tamil Nadu.

Similarly, the Rohingya Muslims living as refugees in northern states of the country and also the Indians from Bangladesh and Pakistan have also not been included in the Act, it added.

The resolution urged the Centre to roll back the CAA, the NRC and the NPR.