Kapoor is believed to have said that he was "threatened and forced" by Congress leader Milind Deora to buy the portrait. 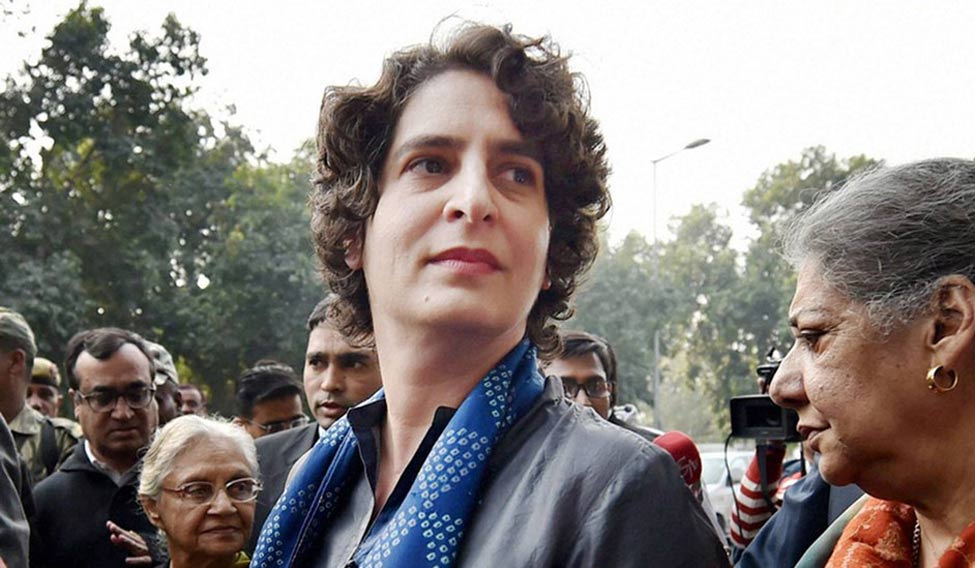 New Delhi: In a fresh twist in the Yes Bank money laundering probe, the Enforcement Directorate (ED) has come into possession of text messages between the bank’s co-founder Rana Kapoor and Congress leader Milind Deora which relate to a portrait of late Prime Minister Rajiv Gandhi that Kapoor bought from Priyanka Gandhi Vadra for Rs 2 crore in 2010.

The portrait was painted by M.F. Husain during the centenary celebrations of the Congress party in 1985.

During his custodial interrogation, Kapoor said that he was “threatened and forced by Congress leader Milind Deora to buy the art piece”. The agency says that it has evidence to support this claim.

“We have the transcript of the BlackBerry messages where Deora is forcing Kapoor to give the cheque against the portrait,” said the ED official.

Rana Kapoor claimed that he had sent the Yes Bank cheque to Priyanka Gandhi’s personal secretary. A text message sent to Deora for his comments in this regard remained unanswered.

According to the ED official, the painting was the property of the Congress party, and not Priyanka Gandhi, and yet she had sold it to Kapoor.

In a letter to Kapoor sent on June 3, 2010, Priyanka Gandhi expressed her gratitude and acknowledged the payment towards the painting. “I trust you are aware of the historical value of this work, and will ensure its placement in an environment that befits its stature,” she wrote.

The ED seized the painting from Kapoor’s residence during its searches in the on-going money laundering probe against him and his family for an alleged kickback the tune of Rs 4,300 crore.

Rana Kapoor possesses over 40 paintings. While buying art, he got experts to certify their authenticity and valuation, but no such certificate was obtained in the case of the painting acquired from Priyanka Gandhi, the ED said.

The Congress on Monday said that a controversy was being drummed up over the painting to deflect attention from the serious questions about acts of omission and commission by the Narendra Modi government in handling the crisis at Yes Bank.

Congress spokesperson Randeep Surjewala said, (sic) “How does an MF Hussain painting of Rajivji sold 10 years ago by Priyanka ji to Yes Bank owner Rana Kapoor and disclosed in her tax returns connect with the unprecedented giving of loans of ?2,00,000 crore in five years of the Modi government? More so, when the (Kapoor’s) proximity to BJP leaders is well known?”

1/4
How does an M.F.Hussain painting of Rajivji sold TEN yrs ago by Priyanka Ji to Yes Bank owner, Rana Kapoor & disclosed in her Tax Returns connect with unprecedented giving of loans of ₹2,00,000 CR in 5 yrs of Modi Govt?

More so, when proximity to BJP leaders is well known⬇️ pic.twitter.com/RbeLlpeB7t

Sources in the Congress said moreover, that there was no evidence that the painting belonged to the party, and that the party had never declared it as part of its assets.

They also dismissed Kapoor’s claim that he was forced to buy the painting, saying that a portrait of a former prime minister by an artist like M.F. Hussain was a coveted piece for art connoisseurs and a good investment in the art market.

Meanwhile, the Central Bureau of Investigation, which has named Kapoor, his wife and three daughters as accused in the Yes Bank scam, is conducting search operations against RKW Developers, another accused named in the case, in at least seven locations in Mumbai and Delhi. The CBI has also named five other companies in Mumbai in its FIR.