Dev Ashish Bhattacharya has cited desertion by his lawyers and a conflict of interest for the presiding judge whose wife contested polls on a Congress tickets as reasons for seeking a transfer. 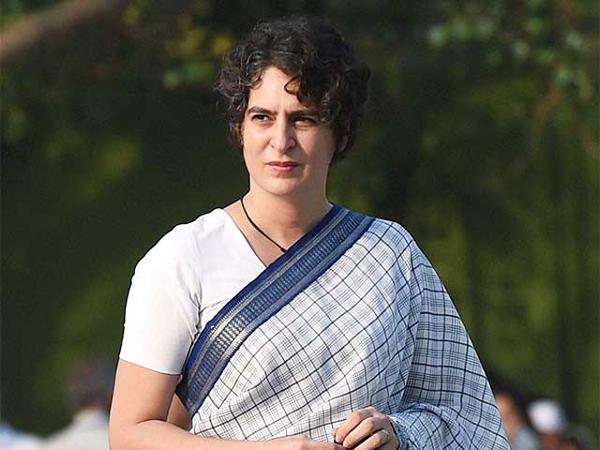 The RTI petitioner in the Priyanka Gandhi Vadra land case of Himachal Pradesh has in a letter to the state chief justice raised questions pertaining to how the case has been approached, the alleged conflict of interest of a judge hearing it, the refusal of his lawyers to fight it anymore and the overall need to shift the case of Delhi in view of the prevailing situation.

In a letter addressed to the chief justice of the Himachal Pradesh high court regarding the case, Dev Ashish Bhattacharya stated that he had “an impression that this case was being given “special status and attention by the Hon’ble court”.”

The RTI activist has fought a long battle on his own but now claims to be facing adversity on multiple fronts. “The sudden withdrawal of my counsels from the case on [the grounds of] “personal reasons” and the reluctance of other advocates to take up this case has rendered me defenceless in front of the petitioner, who is represented by a battery of senior lawyers,” he wrote.

‘What was the need for a new division bench?’

Questioning the logic behind setting up a special division bench (DB) to hear the matter, he said when the civil writ petition (3144/2015) was registered on July 7, 2015 “the Chief Justice was pleased to create a special DB by picking two judges from two different benches”. However, he wrote that as on July 7, 2016 there were “enough number of Division Benches in operation to which the said case could have been assigned as a routine matter. But the creation of a special DB just for this CWP is not understandable”.

‘Why judges in this case not changed as per roster?’

Similarly, Bhattacharya wrote that between July 1, 2015, and July 19, 2016, the roster of the board, referring to the high court, changed five times and that he had obtained this information through RTI. But, he said, “it is a matter of record that as on date not even once the judges hearing the said matter (Priyanka case) are changed”. Thus, he said, “a special status was accorded to this case by not changing even once the judges for hearing”.

Bhattacharya said the file notings obtained through RTI also named the bench hearing this case as “Special Bench”. He said that he failed to understand “what is so special about this case”.

Finally, Bhattacharya wrote that “very disturbing information was passed on to him by one of the residents of Shimla a few months ago. I was told that the respected wife of the Hon’ble Justice Tarlok Singh Chauhan contested the election for Shimla Municipal Corporation in 2012 on Congress ticket. After this I obtained the information through RTI from the office of the Deputy Commissioner, Shimla.” According to this, he wrote, the wife of the judge, “Smt. Amandeep Chauhan, contested the election on the ticket of INC – means Indian National Congress – and secured 628 votes.”

Bhattacharya further wrote that “this fact was never disclosed by the Hon’ble Justice Tarlok Singh Chauhan in the open court during the proceedings, In my opinion, this is a case of conflict of interest because the daughter of the sitting Indian National Congress president, Smt. Sonia Gandhi, ie Smt Priyanka Gandhi, is the petitioner”.

Stating that “Justice Tarlok Singh Chauhan should have recused himself from hearing the matter keeping in view the close political association of this respective wife with the INC,” Bhattacharya noted that when a case of Himachal Pradesh chief minister Virbhadra Singh was enlisted before Chief Justice of India T.S. Thakur the latter had recused himself from hearing the case stating that he knows the chief minister.

RTI activist says his lawyers have deserted him

Bhattacharya said it was also a matter of record that his counsels had left the case suddenly leaving him “defenceless” and that all other lawyers he approached to take up his case “refused to take up the case citing reasons which I cannot disclose for want of decency”.

The RTI activist, therefore, charged that the environment for continuing the case in the Himachal high court was “not healthy” and that it “may cause the feeling of denial of fair justice”.

Seeks transfer of case to Delhi

As a result, Bhattacharya urged the Himachal high court chief justice to send a reference to the Supreme Court to transfer the case out of the state. With Priyanka being based in Delhi, he said, she “should not have any objection if the case is transferred to Delhi High Court”.

Also, he said, the case may be directed to be taken out of the court of Justice Tarlok Singh Chauhan due to the “conflict of interest” mentioned in the letter.

In July this year, Bhattacharya had cried foul about how a court order pertaining to the case had been announced by the public relations officer even before it had been formally pronounced.

A year before that, in July 2015, the state high court had stayed the state information commission order directing deputy commissioner, Shimla to disclose information about Priyanka’s land at Chharabra, 13 kms from Shimla. For constructing a house near Chharabra, she had purchased over 4.25 bighas of land between 2007 and 2013 in relaxation of section 118 of Tenancy and Land Reforms Act that bars any non-agriculturist from purchasing land without the permission of the government. The matter is still pending in the high court. Last month it had adjourned the matter till December 22.

Meanwhile, former chief information commissioner Wajahat Habibullah said “generally speaking, the overreach of the judiciary in such RTI matters has been a recent phenomenon. The courts have tended to overreach on issues of privacy in matters of release of information. In fact, the Supreme Court and even the high courts have given directions on how the Information Commissions should run. They do not have the right to do that. But the RTI Act has not got weakened in any way. What is really required is that specific adherence to the clauses of the Act and we will be all right.”

The present government has in its agenda for the bureaucracy laid down all those principles for the RTI act but it has not adhered to those guidelines on its own. So is this emboldening courts? “The Prime Minister had last year at the annual meeting spoken about how the government can use RTI to improve its own performance. The trouble is at the lower level of bureaucracy they still see it as a burden. Also in the last government the Central Information Commission had passed the ruling that all the political parties should come under the law, but they all refused. So we need to move on all these issues.”