'Presidential Poll Not a Fight Between Individuals, but Ideologies': Yashwant Sinha

The opposition's presidential candidate, Yashwant Sinha, said the fight to save constitutional values will continue even after the election. 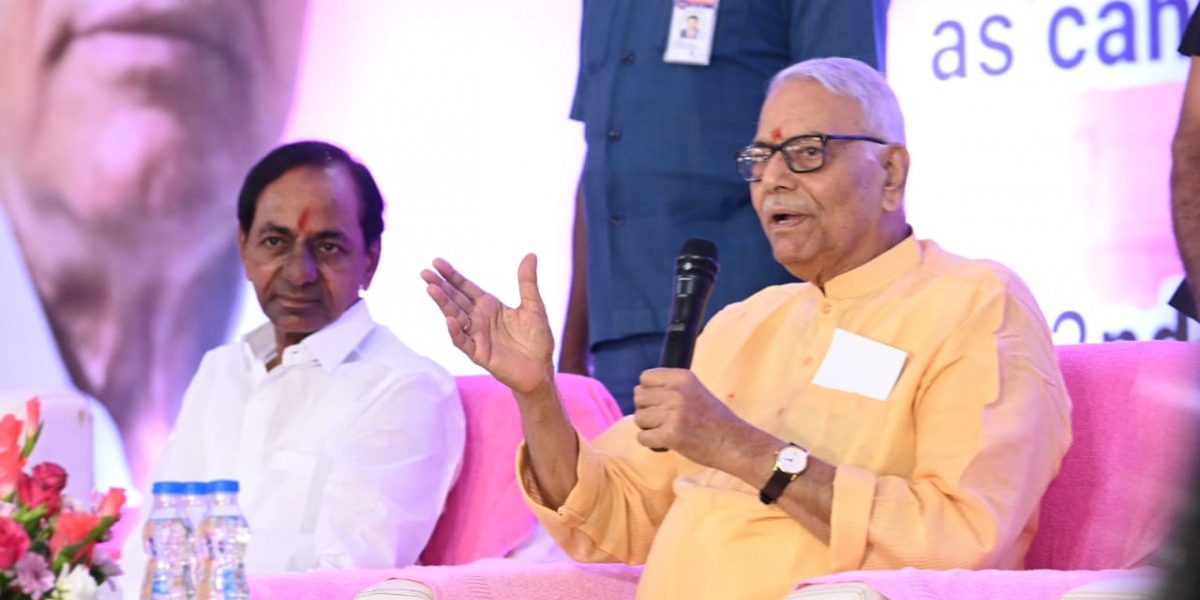 Hyderabad: Stating that the presidential elections are being held under “extraordinary circumstances”, the opposition’s presidential candidate Yashwant Sinha on Saturday, July 2, said the fight will continue even after the polls.

Speaking at a meeting organised by the Telangana Rashtra Samiti (TRS) party in support of his candidature in Hyderabad, Sinha said the election was not a fight between two individuals but a battle of ideologies. Launching an attack on Prime Minister Narendra Modi, he said the PM never believed in “consensus” but only “confrontation.”

He said he tried to reach out to Modi over the phone after filing his nomination as a presidential candidate. However, Sinha said he was informed that the PM was not available and till now there was no response to his call.

He said when he was finance minister in Atal Bihari Vajpayee’s cabinet, he never imagined that the Enforcement Directorate (ED) could be used against rivals.

Thanking Telangana chief minister K. Chandrashekar Rao for the support, Sinha said the country needed leaders like Rao. Rao who was present in the meeting appealed to all parliamentarians and other eligible voters for the presidential elections to vote “as per their conscience.”

Attacking Modi, Rao said, “Every day there is a gross misuse of constitutional bodies in this country to harass the opponents of the NDA government.”

The Telangana chief minister alleged that not even a single poll promise of the BJP was fulfilled. He averred that some of the cabinet ministers sitting in Hyderabad say that they can bring down the TRS government the way they did in Maharashtra.

“You do it. We are also waiting for that. So that we will become free. We will bring you down from Delhi,” he said.

Rao and some of his cabinet colleagues received Sinha at Begumpet airport this afternoon.

Sinha was accorded a grand reception at the airport and taken to Jalavihar, where he and KCR addressed the electorate, in a rally with thousands of TRS workers and leaders.