Why Prashant Kishor's Political Foray Into Bihar Is a Non-Starter

Even if Kishor can eat into the BJP’s upper caste base, he will be at the margins of the main political contest dominated by OBCs, for whom he has no faces, no strategy and no traction. 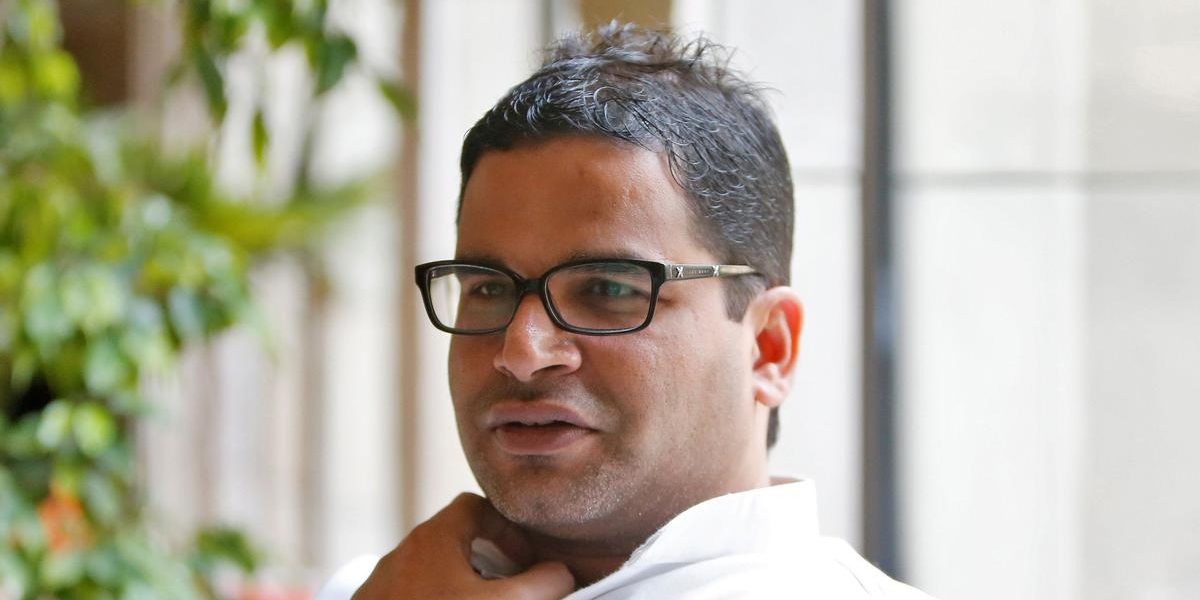 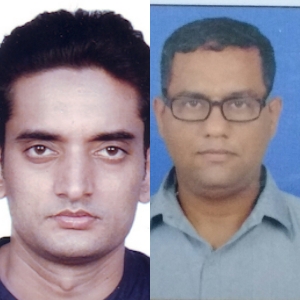 Disillusioned with the stagnant hyperbolic ‘Mandalite’ politics marred by rampant corruption, Bihar has consistently rewarded the ‘politics of aspiration’ over that of identity in state assembly elections since 2005.

However, with the current Rashtriya Janata Dal leadership’s failure to make a programmatic shift on an aspirational plank and the continued indispensability of Nitish Kumar in state politics due to lack of a better option, Bihar seems to be fertile for political experimentation to have a new alternative.

Structurally, this matrix of fatigue with the political status-quoism and an emerging sense of churning for an alternative offers a conducive atmosphere for political intervention by someone well acquainted in Bihar’s politics like Prashant Kishor. Therefore, a cluster of analyses have appeared declaring Prashant Kishor’s move as a timely and game-changing initiative in Bihar for its potential of not only catering to the checkered aspirations of different sections of the electorates but also for having the operational capacity to execute the same on account of his being the most-successful political manager in the country.

Prevailing arguments in favour of Kishor

The projected success of Prashant Kishor’s initiative in Bihar sounds more like wishful thinking than a structural analysis of contemporary political dynamics in Bihar.

Firstly, it is being argued that contemporary Bihar is witnessing a grand disillusionment with established political parties, namely, BJP, JD(U), LJP, RLSP, HAMS, VIP and leaders like Nitish Kumar, Ram Vilas Paswan, Upendra Kushwaha, Mukesh Sahni, etc. for their extremely opportunistic and ideological malleability in the last two decades wherein they have been taking their electoral support base for granted.

Buoyed by AAP’s success story in Delhi, there is a sense that, at least state assembly elections in India, are witnessing the rise of a new wave of politics on the aspirational plank wherein material issues are triumphing cultural and emotive issues. Further, the aspirational pitch argument is substantiated with the fact that millennials across caste and communities everywhere are exposed to new ideas and are united in their readiness for a political spring that envisages a sense of collectivity, thereby signifying the shrinking space for of all kind of sectarian-identity politics, Bihar being no exception to the trend.

Secondly, there seems to be a trend of reading too much into Prashant Kishor’s managerial capabilities to stitch an alliance of the popular but relatively new political actors in Bihar.

The fact that they don’t fit into the prevailing political equations of Bihar is seen as their being potential vanguards capable of inculcating a sense of solidarity among crisscross sections of the state’s electorates. Just three rumoured cases in this regard would elucidate the quantum of the assumption behind these claims. 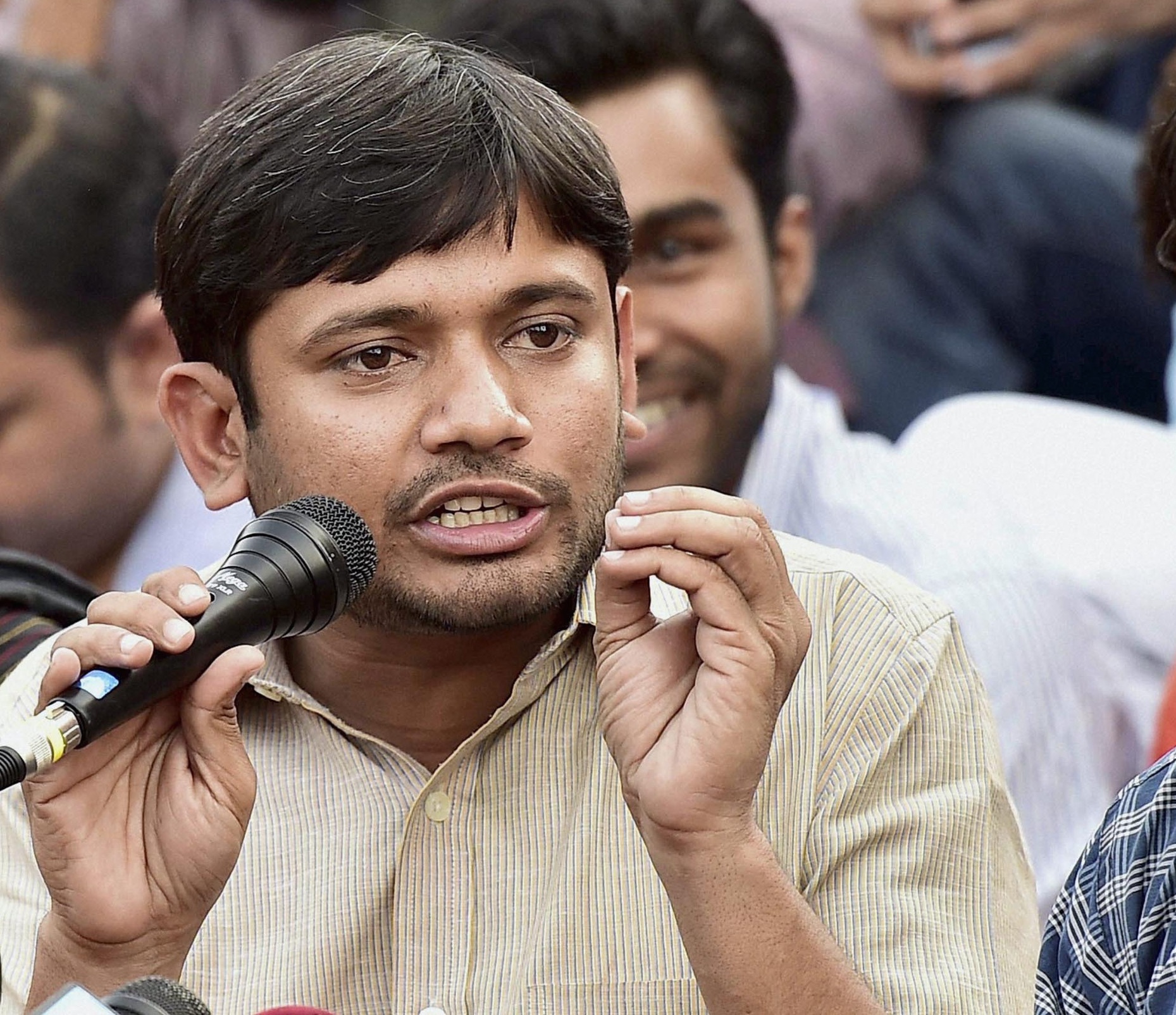 One, the media is ripe with the reports of Prashant Kishor being constantly in touch with Kanhaiya, who is already on a series of well-attended political rallies across Bihar. It is argued that the amalgamation of Prashant Kishor’s organisational skills and Kumar’s charisma is going to be a powerful combination for the success of an aspirational model of politics.

Two, according to sources, there is a credible report that Asaduddin Owaisi’s AIMIM and Prakash Ambedkar’s Vanchit Bahujan Aghadi (VBA) are already in talks for a repeat of their 2019 Lok Sabha experiment in the upcoming Bihar assembly elections wherein they are not averse to the idea of joining Prashant Kishor’s initiative, provided they have a satisfactory seat sharing arrangement.

Three, the buoyed analysts have also started pointing to the possibility of smaller parties and their leaders like Jitan Ram Manjhi’s HAMS, Mukesh Sahni’s VIP and Upendra Kushwaha’s RLSP being potential allies to fill the required appeal at the sub-regional and sub-caste levels in the state, making Prashant Kishor’s expected front a credible alternative, that warrants attention.

First and foremost, the above arguments about the scope of the success of Prashant Kishor’s ambitious quest for a political alternative suffer from analytical fallacies on four grounds: his background, institutional imperative, the specificity of Bihar and the timing.

It doesn’t require a hermeneutic reading to understand that a political manager and a politician are two different tribes and Prashant Kishor, being the former, lacks the latter’s charisma – a prerequisite for striking a chord with electorates in a state like Bihar.

This inadequacy is compounded by the lack of a desired institutional imperative wherein there is no success story of a new party or front taking off in India if they have not been backed by a popular movement or led by a charismatic personality. Prashant Kishor’s initiative doesn’t fulfil either of those criteria. Therefore, the political gossip that AAP may delve into Bihar with Prashant Kishor as its face or that the state may witness the formation of a new front under his leadership requires the informed reminder that Bihar is not Delhi, thereby precluding the very possibility of a repeat of the national capital’s success story in a predominantly rural state wherein material aspiration are mediated through caste and community filters.

Finally, the fact that the state assembly election is just months away, any attempt to float a new party or front and create a collage of popular leadership may capture media headlines and fill the public-square with a new set of gossip but would find it hard to penetrate into the political imaginations of a majority of the Bihari electorates who would vote more on the plank of established winnability rather than noble ideals of good politics espoused by an upstart politician.

Despite his public denial in the press conference, it’s unambiguously clear that Prashant Kishor is trying hard to make the rising and unfulfilled aspirations of the people of Bihar his main electoral plank. But in recent state elections, we have seen that this strategy alone doesn’t guarantee electoral success. In fact, the BJP tried this very strategy with a spattering of cultural agenda in 2015 Bihar assembly elections and failed miserably. It gave a call for greater development, something beyond just a functioning state apparatus, but the people still preferred what they had concretely in hand under Nitish, then the speculative more which was being promised.

Given this record, despite the fact that fatigue seems to be setting in against Nitish and his somewhat mediocre achievements in governance, which he has been repeating for a decade, the chances of common voters discarding it all out to support an untested political phenomenon like Kishor would be too ambitious if not impractical.

Also read: Bihar: People May Be Tired of Nitish, but a BJP CM Unlikely to Solve Problems

Other than that, the brutal force of numbers also shattered the BJP’s dream in 2015 and Kishor seems to be in the same scenario currently. The NDA currently sits over the biggest social voting block comprising Paswans, Upper Castes, Kurmis and EBCs along with a significant number of women while the RJD is a default beneficiary with Yadavs and Muslims. Leaders like Jitan Ram Manjhi and Mukesh Sahni, who are trying to court Kishor, have time and again proven their incompetence in terms of commanding votes from their respective communities. Expecting them to deliver this time in favour of Kishor, without any quantitative or qualitative improvisation, seems extremely odd and unlikely.

One of the biggest problems in all the possible Prashant Kishor success stories in the coming elections seems to be the fallacy of mistaking mathematics for chemistry. For the sake of argument, even if we accept that Prashant Kishor would have Owaisi, Kanhaiya, Prakash Ambedkar and other sub-caste leaders like Kushvaha, Sahni and Manjhi, the assumption that the same electorates that have rejected many of them in 2015 and the 2019 elections would accept them again as a bloc doesn’t hold water. Recent electoral trends in the state reveal that there is no way to envisage that the appeal of these leaders would fuse together.

More importantly, another prevailing demographic factor that Prashant Kishor would be staring at is that politics in Bihar is dominated by the OBCs, who constitute a majority in the state, not the upper castes who are collectively less than 20% of the electorate. There is no indication that this identity-mediated developmental plank would be changing in favour of a collective Bihari identity imagination before the October-November assembly election this year.

From the very beginning, Prashant Kishor has identified himself as an upper caste (there is confusion if he is a Bhumihar or Brahmin but both of these castes are most likely to identify with him) and as of now, the BJP commands a very strong base among the upper caste voters of Bihar.

While the Brahmins, both the general and OBC Baniya voters and sections of Rajputs, are strongly aligned with the BJP, some Rajput voters are also supporters of the RJD due to a very long political association. In this scenario, the coming together of Prashant Kishor and Kanhaiya may charge the youth voters and disenchanted, politically ambitious sections of the Brahmins and Bhumihars who may come towards the new force, but it is highly unlikely to impact a majority of Rajputs and almost all of the Baniya voters.

This leads to two conclusions: Firstly, Prashant Kishor’s venture into politics is more likely to affect a section of  BJP’s upper caste support base adversely, but it may not be able to make a devastating impact as in the best possible scenario, it will only lead to an erosion of some, not all supporting communities. Secondly, even then Prashant Kishor will be at the margins of the main political contest, which is dominated by the OBCs for whom he has no faces, no strategy and no traction. Similarly, Prakash Ambedkar may be the talk among a section of educated youths in Bihar, but, in alliance with Owaisi, would no way be capable of mobilising Dalit electorates on the plank of ‘Jai-Bhim-Jai-Meem’ as he tried in his home state of Maharashtra. Dalit politics in Bihar still has a long way to go from its localised outlook to an Ambedkarite discourse. Similarly, except for certain regions of Seemanchal Bihar, comprised of Kishangunj, Katihar, Purnia and Araria, that is, districts with thick Muslim presence, Owaisi’s appeal is not likely to resonate electorally even with the Muslim electorate, let alone the Dalits.

Therefore, the 2020 assembly elections are going to be a bipolar contest between the NDA and the RJD led alliance, the leadership crisis of the current opposition notwithstanding. In this bipolarity, Prashant Kishor or any third front is bound to be a small footnote to the political text of Bihar.