'Arvind [Kejriwal] was aware of it, I have very little doubt of that,' said Bhushan who was part of the IAC and later became a founding member of AAP. New Delhi: Lawyer and civil rights activist Prashant Bhushan has claimed that the group India Against Corruption (IAC), which paved the way for the birth of the Aam Aadmi Party (AAP) of which he was also a founding member, was “propped up by the BJP and the RSS” to topple the second Manmohan Singh government.

The claim is significant considering Bhushan was a core member of IAC which formed in 2011 and was led by social activist Anna Hazare. The huge public support that the anti-corruption movement saw in the national capital ultimately led to the Jan Lokpal Bill, along with the loosening of the nuts and bolts of the UPA-II government at the centre and the Sheila Dikshit government at Delhi. The latter was accused of massive corruption related to hosting the Commonwealth Games in 2010.

In 2015, Bhushan fell out with AAP chief Arvind Kejriwal and was expelled from the party for “anti-party activities”. Together with Yogendra Yadav, he founded Swaraj Abhiyan. 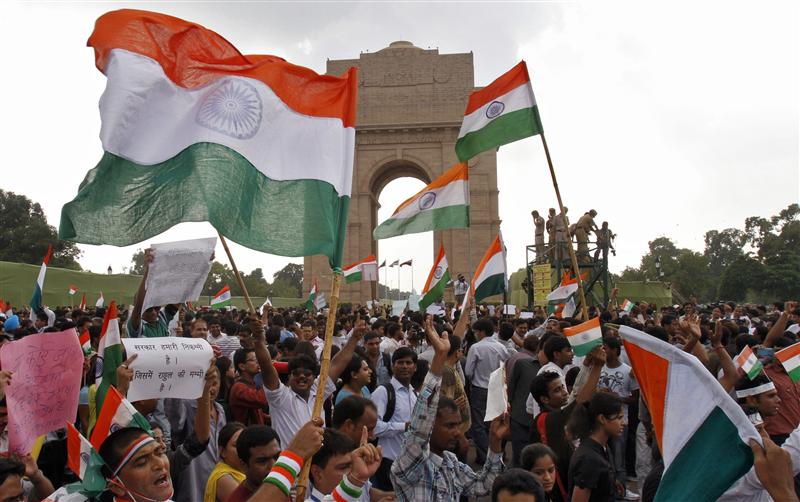 In an interview to India Today on September 14, Bhushan said, “In hindsight, there are two things that I do regret. One is not seeing that the movement was to a large extent supported and propped up by the BJP-RSS for their own political purposes to bring down the Congress government and get themselves in power.”

He said, “I have no doubt about it [BJP-RSS role in IAC] today. He [Anna Hazare] was also probably not aware of it, Arvind [Kejriwal] was aware of it, I have very little doubt of that. The second regret that I have is not having understood Arvind’s character earlier enough. I understood it too late by which time we had actually created another Frankenstein’s monster so to say.” 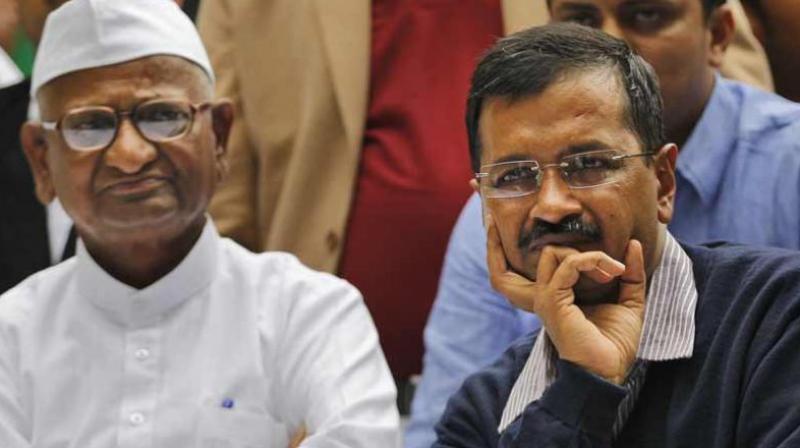 In November 2011, RSS chief Mohan Bhagwat told reporters in Kolkata that the Hindutva outfit’s association with Hazare went back many years and it had urged him to go on an anti-corruption crusade. Bhagwat had said then that the RSS had not actively supported the movement. He had also said that Ramdev was also approached by RSS to start such a movement. Ramdev had visited Jantar Mantar, where Hazare, demanding the Jan Lokpal Bill, had been fasting.

“If asked to, we will participate in the movement, but no request has come from Anna,” Bhagwat had told reporters.

By then, senior Congress leader Digvijaya Singh had accused the IAC of having the support of the BJP-RSS and said that Sri Sri Ravishankar too “could be used by them”. He claimed that this was an overarching plan by BJP-RSS to divert public attention from the Sangh’s “terror links”.

In January 2015, during the first term of the Narendra Modi government, Congress had once again alleged that the BJP-RSS was behind the IAC. Party spokesperson Anand Sharma had said at a press meet that it was “a well planned conspiracy” hatched at the behest of the RSS to by putting Hazare at the front of the movement.

According to a PTI report then, the senior Congress leader accused Arvind Kejriwal and the BJP’s chief ministerial candidate and now Pondicherry governor Kiran Bedi along with Ramdev and Sri Sri Ravi Shankar among the “prominent conspirators” who tried to vilify the Congress and its leadership during the UPA-II.

“Many of the conspirators” associated with Vivekananda Foundation, he had said, had also collaborated against the then Manmohan Singh government, alleging that one of them “is now the National Security Advisor and other Principal Secretary to the Prime Minister”.

On September 15, reacting to Bhushan’s statement, Rahul Gandhi tweeted, “What was known to us has been confirmed by a founding AAP member. The IAC movement and AAP were propped up by the RSS/BJP to subvert democracy and bring down the UPA government.”

Neither AAP and Kejriwal, nor Anna Hazare, have responded to Bhushan’s statement yet.