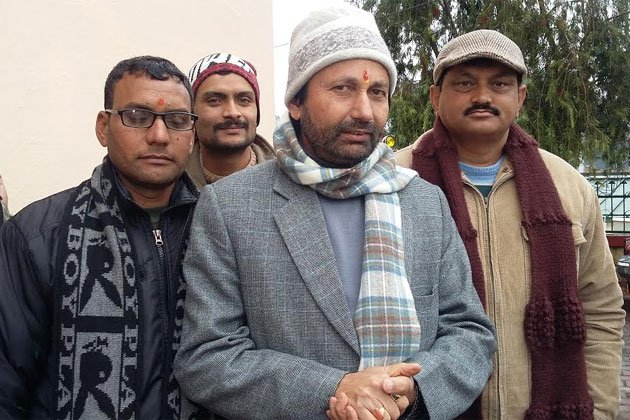 Former Uttarakhand speaker and minister Prakash Pant has emerged as the frontrunner for the Uttarakhand chief minister post, with his name expected to be proposed during the BJP’s legislative party meeting on Wednesday (March 15). The results of 69 seats of the 70-member assembly have been announced – with the BJP winning 56, the Congress 11 and two seats going to independents – while the result for the Lohaghat constituency is awaited, as a repoll was ordered in one booth due to a problem with the electronic voting machines.

Pant, who hails from Pithorgarh, emerged as the favourite for the post of chief minister after he was called by the BJP national leadership to New Delhi. Former chief ministers B.C. Khanduri, Vijay Bahuguna and Bhagat Singh Koshiyari, former Union minister Satpal Maharaj, party state president Ajay Bhatt, national secretary Trivendra Singh Rawat and national spokesperson Anil Baluni were other names thought to be in consideration for the post.

It has been learnt that prior to Pant being called to meet the party’s leaders, the race for the top job in Uttarakhand had become three-cornered between Rawat, Maharaj and Pant. In a clear signal, Pant was asked to come to the national capital in a special aircraft that had been sent for him.

Prior to Pant’s name being cleared by the party leaders, the BJP parliamentary board had empowered national president Amit Shah to take the final decision on who will become the chief ministers of Uttarakhand and Uttar Pradesh, where the party won clear majorities in the assembly elections. A team of observers had been sent to the states by the central leadership to provide feedback from state leaders on who should be named chief minister.

After the Uttarakhand elections, the BJP had sent a team to assess the performance in the polls of its main leaders, including the former chief ministers, state president and national secretary.

The observers apparently received a strong recommendation for Pant. A pharmacist by profession, 56-year-old Pant began his political career by fighting and winning the councillor election from Pithoragarh. When Uttarakhand became a state in 2000, Pant became the first speaker of the state assembly while an interim government was in place.

In the 2002 assembly elections, the first to be held for the Uttarakhand assembly, Pant was elected from Pithoragarh, winning again from the constituency in 2007. With the Khanduri government coming to power, Pant became a cabinet minister and was given the parliamentary affairs portfolio. In the 2012 elections, Pant suffered his first defeat at the hands of Mayukh Singh Mahar of the Congress, but won in 2017 from Pithoragarh. Pant has previously also held the portfolios of tourism, culture, pilgrimage endowment, parliamentary affairs and reorganisation in Uttarakhand.