Speaking during the discussion on the SPG Bill, DMK leader A. Raja was referring to a statement made by Godse when Thakur interrupted and said, “Deshbhakton ka udharan mat dijiye (Don’t give the example of patriots)”. 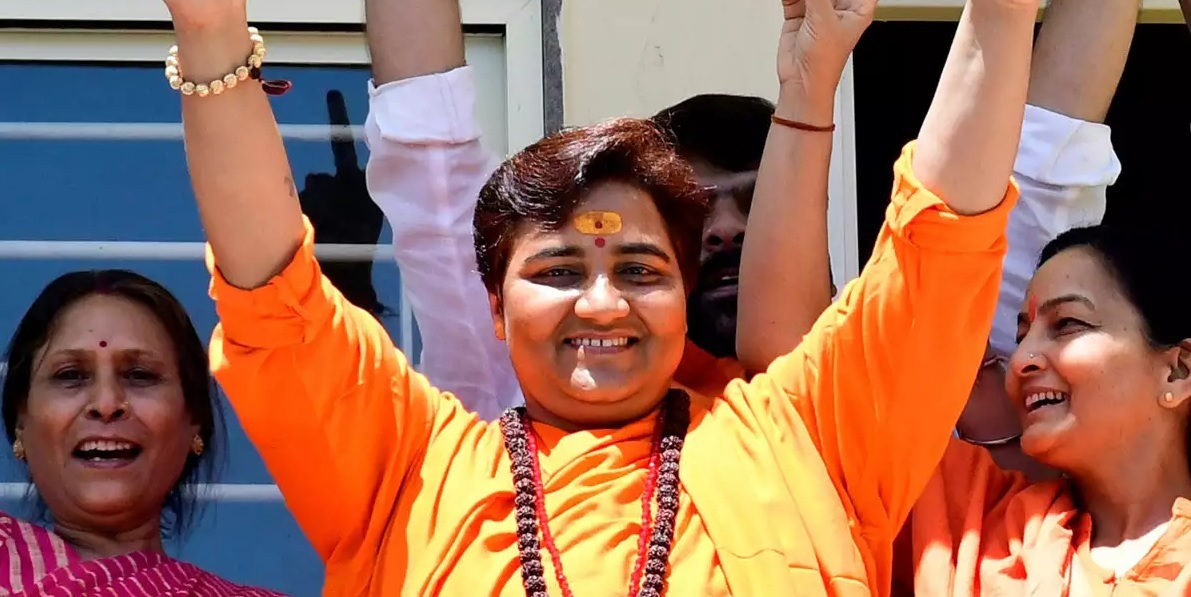 Speaking during the discussion on the Special Protection Group (Amendment) Bill, DMK leader A. Raja was referring to a statement made by Godse when Thakur interrupted and said, “Deshbhakton ka udharan mat dijiye (Don’t give the example of patriots)”.

This led to a furore in parliament as members of the opposition objected strongly to the statement made by Thakur.

Raja was referring to Godse’s statement in which he had said that he nursed a grudge against Gandhi for 32 years before deciding to assassinate him. He was attempting to make the point that home minister Amit Shah should revisit the amendments to the SPG bill as a person’s security should depend on the level of threat and not on when they were in power.

This is when Thakur decided to intervene and said that Raja should not refer to patriots. Lok Sabha speaker Om Birla subsequently expunged Thakur’s remark referring to Godse as a patriot.

This is not the first time that Thakur has used these terms for Godse. In May, while campaigning for the Lok Sabha polls, Thakur said “Nathuram Godse deshbakht the, hai, aur rahenge. Unko antakwadi kehne wale log swayam ke girebaan main jhank kar dekhe. Abke chunav main unhe jawab de diya jayega (Nathuram Godse was a patriot and will remain so. People calling him a terrorist should introspect. They will be given a befitting reply in these elections).”

Earlier in November too, Thakur had referred to Godse as a patriot. “The Congress only cashed in on Gandhi’s name for political benefits, but never followed his ideals. Congress will never have empathy for anybody, whether it’s Gandhi or Godse. They cannot reach up to the ideal of Gandhi, or the ideology and ‘patriotism of even Godse’. They play with public feelings for political gains,” she said.

“She (Pragya Thakur) is a serial offender. She has said this before too. No action against her means that her party supports and accepts her view on Godse,” said Rashtriya Janata Dal’s Manoj Jha.

Twitter also condemned the BJP MP’s statement, and called it a new low that she actually said what she did in parliament.

This MP has insulted Parliament by defending India’s first terrorist as a deshbhakt. Shameful

When will @PMOIndia clarify: Godse’s India or Gandhi’s India? https://t.co/SO7AwRFiSN

In the Indian Parliament this afternoon, Pragya Thakur, a terror accused now on the defence panel of the country hailed Gandhi’s assasin Nathuram Godse, a true pariot. Thanks to Modi, Our irreversible slide into right-wing majoritarianism is now complete. What a SHAME

Dear PM @narendramodi: If you truly respect Mahatma Gandhi, you will personally move a motion to seek Pragya Thakur’s disqualification from the Lok Sabha. This resolution should pass unanimously. I am certain all opposition members will support your resolution.

Tehnseen Poonawalla, in reaction to the remark, has said that since the prime minister will not take action against the BJP, he is ready to protest alone and “barefoot” outside parliament.

Since hon @PMOIndia shri @narendramodi ji will not take action against @SadhviPragya_MP ji, tomorrow I will protest ALONE (so not to violate section 144), barefoot outside the Parliament & hon @PMOIndia . I will play at a low volume bhajans of #MahatmaGandhi. Godse is a terrorist