In conversation with the Congress leader about communal polarisation in West Bengal, the party's national prospects and more. Adhir Ranjan Chowdhury, most would agree, is one of Congress’ leading figures in Bengal’s Malda and Murshidabad districts. A former minister in the Congress-led government at the Centre, Chowdhury, arguably, is the most notable Congress leader in the state. Yet he does not seem to enjoy the confidence of his party leadership in Bengal. His absence on the podium at Rahul Gandhi’s rally in Malda last week, for instance, appears to endorse such a perception.

On the eve of Lok Sabha elections beginning next month, the Congress faces the daunting challenge of maintaining a respectable presence in Bengal politics. In the face of an aggressive BJP and the ruling TMC, known for its heavy-handed dealing with the opposition, Congress is thrashing about to come up with a workable poll strategy, especially in Malda and Murshidabad, once the party’s strongholds.

The Wire recently spoke with Chowdhury at the Congress’ Gorabazar party office in Murshidabad’s Berhampore constituency. The Congress leader reflected upon his party’s poll preparedness and how the TMC’s persecution of opposition parties is fuelling BJP’s growth in Bengal.

How does Murshidabad continue to be a Congress stronghold even after the 2014 Modi wave and Mamata’s popularity in Bengal?

Through decades of service, the Congress party has garnered people’s trust in Murshidabad district. The district has the highest concentration of Muslim population in India. Yet people here reject the BJP. I am proud of my district. Despite the district’s predominantly Muslim population, local people have elected Hindu candidates like me and Pranab Mukherjee several times in the past. The ethos of secularism is ingrained in people’s psyche in Murshidabad. Despite communal polarisation across the country, Murshidabad maintains harmony among people of different faiths. Do you see any communal polarisation in West Bengal?

Yes, there is polarisation and it is on the rise. However, such polarisation is political rather than religious in nature. All opposition parties in the state are victims of unprecedented atrocity and discrimination by the ruling regime. People want to oust the Trinamool Congress (TMC). But the opposition is divided, ultimately benefitting the ruling TMC.

Do you think the people of Bengal are still looking for an alternative even after Trinamool’s growing popularity, reflected in the last by-polls?

Yes, I do. People have been thinking of a viable alternative in the state. Earlier the options were either Congress or Left, both of which were secular in nature. But due to the present dispensation’s political persecution, the opposition space earlier enjoyed by Congress or Left parties is now squeezed out. Taking advantage of this situation, the BJP is gaining a foothold in Bengal. People are now considering giving the BJP a chance.

Despite being arch-rivals for decades, you advocated a Congress-CPI(M) alliance for the longest time. What made you take that stand?

It’s not my personal stand. CPI(M) goons joined TMC overnight after the regime change in 2011. The TMC happily took them into the party fold. Remaining workers in the CPI(M) and the Congress were attacked by the TMC. It is therefore imperative to have a political alternative. You can even say that both parties (Congress-CPI-M) decided to join forces out of desperation.

You were unhappy when the party’s central leadership removed you from the position of West Bengal Pradesh Congress Committee (PCC) chief. Do you think that was the wrong decision?

Not at all. I was never an aspirant for the post. The Congress president instructed me to run the PCC. Despite the odds, I tried my best to fulfil that responsibility for over four years. After that our central leadership thought of removing me from the post, so they did. I have no anguish nor grudge against anyone. I am an ardent Congress worker and have never aspired for any post. If the PCC is doing well, I shall be the happiest person.

How well has Bengal Congress prepared for the election?

I cannot claim that Congress is very strong in Bengal. Over the years, Congress has been losing ground in the state. However, we still have our strongholds in 2-3 districts. In the last assembly elections, we secured 44 seats, becoming the second most popular party. This time we are prepared for any kind of adversity. We, however, hope to better our tally.

Many Congress leaders have defected to TMC, recently two-time Congress MP Mausam Noor also joined Trinamool? Is this a setback for the Congress?

Since coming to power, TMC has been dismantling the opposition. TMC agents are either luring people in opposition with money or threatening them, hoping that such tactics will make them join the ruling party. However, I believe it won’t impact the Congress party. As for Mausam Noor, she defected because she was afraid of losing this election. Congress workers have always considered her to be disloyal to the party – a legislator who has done nothing for the people.

After TMC’s Arjun Singh defected to the BJP, you accused Mamata Banerjee of playing the game of political opportunism. What made you say that?

It is quite natural. Mamata Banerjee rose to power with the help of defectors. Now the BJP is desperate to capture Bengal. They are replicating the same Mamata-sponsored model. So, there is no difference in the means or perception of Mamata Banerjee or the BJP. Their politics are identical.

At the national level, how well is the Congress prepared?

Congress party workers were euphoric after the party won Madhya Pradesh, Rajasthan and Chhattisgarh. It was assumed that Rahul Gandhi will take charge of the nation. But after Pulwama, the NDA and BJP have spread jingoism and hyper-nationalism among people. It will be a tough fight. However, I firmly believe that under Rahul Gandhi, Congress will make great strides, and probably come to power at the Centre. 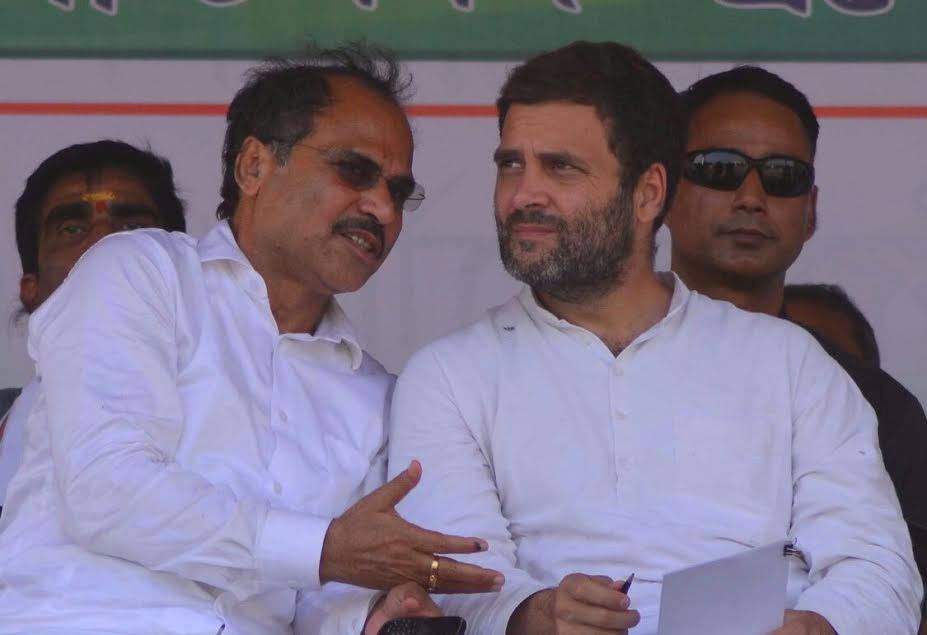 Congress has failed to forge new alliances. Do you think this will strengthen BJP’s poll prospects?

Of course not. Congress is using all the resources it has at its disposal in striking alliances with regional parties. Currently, regional parties are important players in any political calculation. No national party can neglect this phenomenon. They must have some mechanism to ensure such alliances. I am sure the party leadership is doing their best to tie-up with all potential allies.

Is there no clarity on Congress’s stance on alliance in West Bengal?