Ahead of Odisha's 2024 Showdown, Spectre of Central Agencies, Allegations of Browbeating Opposition

The rivalry between the BJP and BJD parties has become sharper since the last elections which saw the BJP emerging as the main opposition party in the state after pushing the Congress to the third spot.

Union minister and BJP leader Bishweswar Tudu on the left and BJD's general secretary Bijay Nayak on the right. In the background is Odisha assembly. Illustration: The Wire. Photos: Facebook and YouTube.

Bhubaneswar: The political climate in Odisha is heating up with the two major rivals – ruling Biju Janata Dal (BJD) and Bharatiya Janata Party (BJP) – taking potshots at each other even as they ramp up their preparations for the next general elections which are two years away.

Signs of gloves coming off became evident when BJP veteran and Union Minister of State for Tribal Affairs and Jal Shakti Bishweswar Tudu during his recent visit to the state warned about the possibility of central investigating agencies conducting raids at the slightest hint of corruption. Addressing a meeting of BJP workers in his Mayurbhanj, his Lok Sabha constituency, the minister said the central agencies will do their duty irrespective of the political affiliation of the accused.

Considering that CBI had conducted raids against its leaders in connection with the chit fund scam in the past, the BJD was quick to react and described the minister’s statement as uncalled for. There were allegations that the BJP was trying to create an atmosphere of fear in the state ahead of the 2024 battle, which the saffron party, presently the main opposition party in the state, sees as an opportunity to come to power in Odisha on its own for the first time in its history.

However, while BJP leaders like its state general secretary Tankdhar Tripathy have sprung to the defence of the minister saying that his statement was in tune with the Modi government’s ‘zero tolerance’ policy towards corruption, the ruling BJD has cautioned the saffron leadership against the use of such intimidatory tactics.

BJD general secretary Bijay Nayak said the statement reflected the character of the BJP and confirmed the general suspicion that its government would go to any extent to browbeat rivals.

“They are power hungry and use all kinds of tactics to achieve their goals. But Odisha is different as chief minister Naveen Patnaik rules the state on the strength of his clean image and the good work that he has done for the people of the state. They will never allow the BJP to succeed in its nefarious game here,” said Nayak. 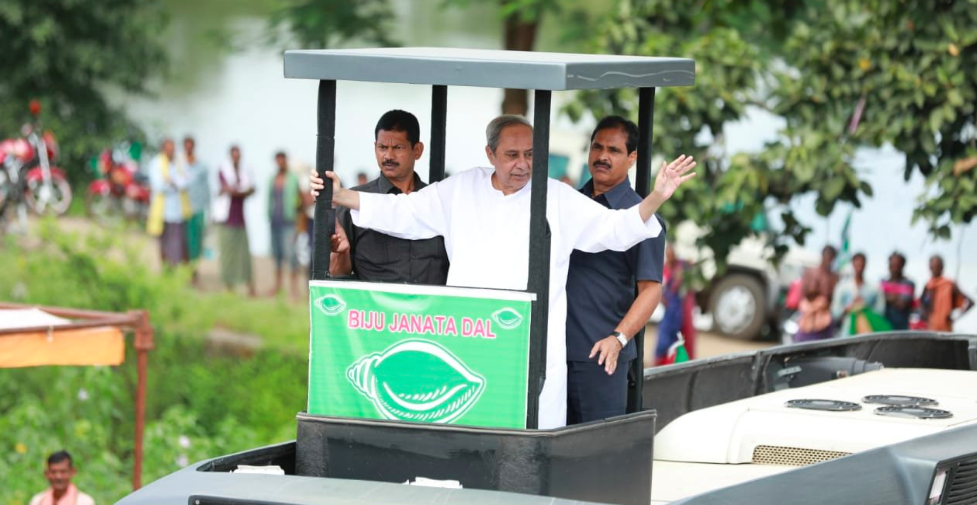 Naveen Patnaik during a campaign in Bijepur ahead of the October 21 by-poll. Photo: Twitter/@Naveen_Odisha

The rivalry between the two parties has become sharper since the last elections which saw the BJP emerging as the main opposition party in the state after pushing the Congress to the third spot. The BJP, which won 23 seats in the state assembly against Congress’s nine, also put up an impressive show in the simultaneously held Lok Sabha polls, winning eight out of the 21 seats at stake.

The success seems to have made the BJP more ambitious and more adventurous with party leaders attacking the ruling BJD at every possible opportunity. The stakes are high for both the parties in 2024 when BJP would be making a serious bid for power in the state and BJD led by chief minister Naveen Patnaik would attempt to rewrite history by becoming the first party ever to register a sixth straight win at the hustings. Naveen, who is already an icon for lakhs of his flowers across the state, could very well achieve legendary status with a victory in 2024.

The most successful regional party in the history of Odisha the BJD is looking to further consolidate its position by ramping up organisational activities ahead of the next elections. The party has already announced plans for the launch of Jan Sampark Yatra (mass contact yatra) from October 2, coinciding with Gandhi Jayanti. The month-long Yatra will see party leaders reaching out to people at various levels, from cities and blocks to districts. Different wings of the party have chalked out detailed programmes for the Yatra which will conclude on November 2 with party leaders participating in a mass oath-taking ceremony to dedicate themselves to the service of the people of the state.

The party, which has observers in place in all the districts with senior leaders tasked with taking up course correction measures where necessary, is paying special attention to strengthening the organisation at the grassroots level, a strategy that paid rich dividends during the recently held panchayat and municipal elections.

As it is, the morale of BJD workers is at an all-time high with the party registering impressive victories in the municipal and panchayat elections which saw it regaining a lot of ground it had lost to the BJP in western and northern Odisha districts in 2017 rural polls. The BJD, thus, finds itself in a commanding position at the moment but the cadres have warned against complacency which could prove suicidal with the next general elections still two years away.

“We are extremely confident but complacency can be dangerous. We also know that the BJP is scared of our strength and our electoral success which is why its leaders are making wild statements and issuing the threat of using central agencies but nothing is going to work as long as people have faith in chief minister Naveen Patnaik,” averred BJD general secretary Bijay Nayak.

But Tudu’s statement has set the tone and there are no signs of any let up in the skirmishes between the two sides. In fact, the BJP, which has ramped up its preparations for 2024 with Union home minister Amit Shah visiting the state recently and the party’s national president J.P. Nadda set to tour Odisha for two days from September 29, seems to be getting more aggressive. 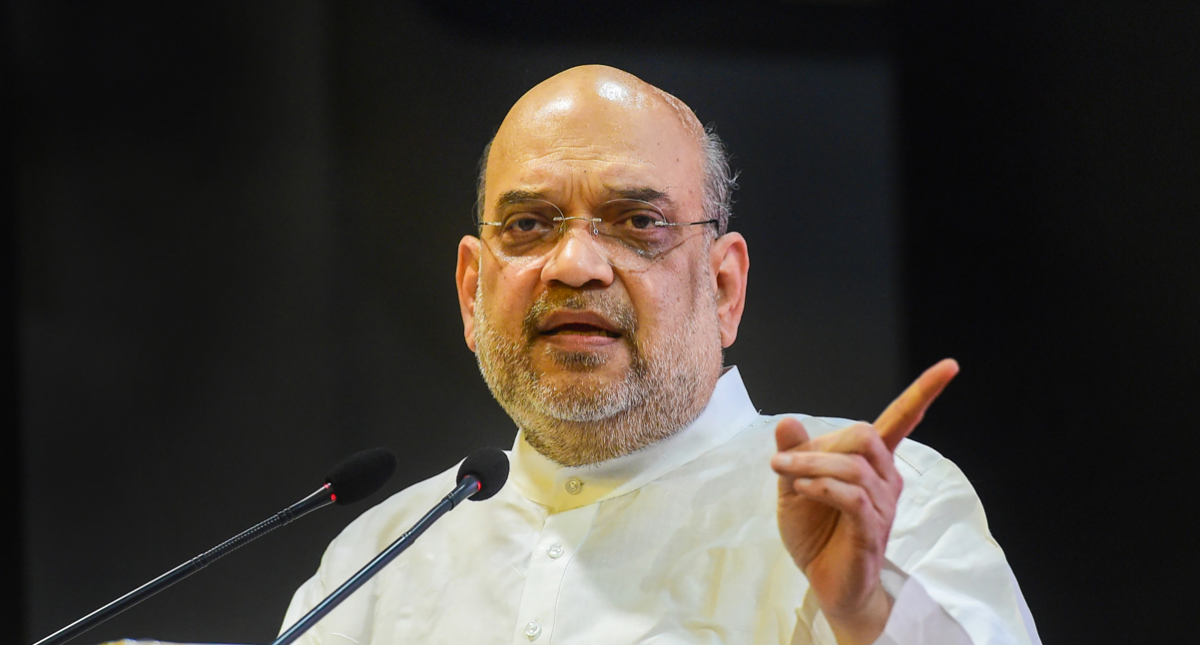 The party is planning a series of rallies and programmes to highlight the Naveen Patnaik government’s alleged attempt to usurp central schemes and its failure to ensure the development of the perennially backward KBK belt including a major part of western and southern Odisha.

“The Naveen government takes credit for providing rice to people at Rs 1 per kg but this rice is actually subsidised by the NDA government at the Centre. It has also been trying to project the achievements of Pradhanmantri Gramin Sadak Yojana as its own. There is a misinformation campaign going on, but we are going to sensitise people on this. There is a corrupt regime in place in Odisha. Otherwise, why should ruling party leaders be scared at the mention of central agencies? It is the duty of these agencies to conduct a probe wherever there is an allegation of corruption,” said BJP general secretary Tankdhar Tripathy.

He added that organisational activities of his party that picked up pace in the wake of Shah’s visit are likely to accelerate further with Nadda laying the roadmap for the future and party’s new Odisha in-charge Sunil Bansal leading from the front.

Keen watchers of Odisha politics agree that political sparring between the two sides is going to get fiercer in the coming days. “The general elections of 2024 will be crucial for both the parties. A high-stakes battle it may also turn out to be a no-holds-barred contest,” said political analyst Shashi Kant Mishra.