Although the BJP says demonetisation will target unaccounted money, it and other national parties have in the past failed to submit their income tax returns and disclose sources of donations. 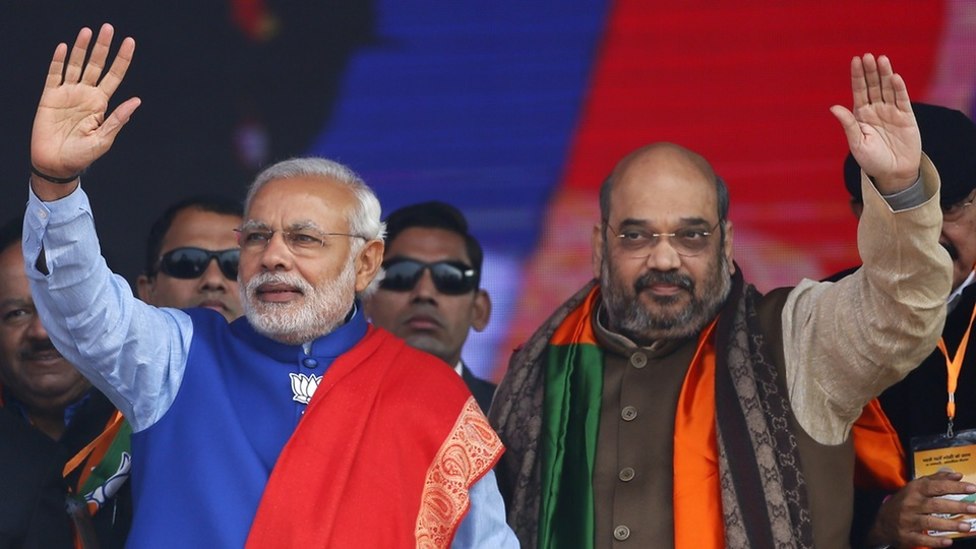 With its recent move to demonetise high-value currency notes, the government claims to be fighting the problem of black or untaxed money that has become a menace to the economy. But how would this be possible without first cleaning the mess within political parties, whose funding, especially during elections, becomes one of the primary breeding grounds of black money? An analysis done by the Association of Democratic Reforms (ADR) shows that between FY 2004-12, the sources for over 75% of the funding received by six national political parties could not be traced.

If the government is serious about fighting black money, it needs to reform the financing and funding of political parties, which in their current state has been compromised as the parties are dependent on others – mostly corporates – for their funding and do not have a self-sustaining mechanism.

According to a report published by ADR, in FY 2014-15, major national parties – Congress, BJP and Nationalist Congress Party – declared receiving more than 90% of their total donations in excess of Rs 20,000 from corporate or business houses. The could lead to conflicts of interest or even see parties pander to the interests of the big corporate donors.

Money, of course, is necessary for democratic politics. In a democracy, it is imperative for parties to reach out to the electorate and explain their goals and policies. It is not possible to do so without having access to large sums of money. Therefore, political parties solicit funding from whichever source possible, in some cases, even if it is in violation of the law. The Delhi high court in a landmark judgment in March 2014 found the BJP and the Congress guilty of violating FCRA norms for accepting donations from London-based mining firm Vedanta.

This money is thereby used as a tool for unduly influencing the political process by buying votes or influencing policy decisions, which undermines democracy and poses a serious threat to the values upheld by the constitution.

Contribution Reports comprising donations exceeding Rs 20,000 have to be submitted to both the Income Tax Department and the ECI under Section 29C of the Representation of the People Act, 1951 and if a party fails to do so, it shall not be eligible for tax relief under the Act.

While there are ample laws and guidelines governing the disclosure of finances of political parties, it becomes increasingly apparent through this analysis of the parties’ disclosure that there is an inherent resistance or a lack of political will to be more transparent, and thus accountable.

As political parties are not legally bound to submit their income tax returns annually under Section 13A of the Income Tax Act, 1961, it has been noticed that some of them do not submit their returns on time – by October 31. None of the major national political parties like the BJP, Congress and the NCP have submitted their ITRs on time in the last five financial years.

Interestingly, Section 29C of the Representation of the People Act also does not provide for any penalty against political parties delaying the submission of their Contributions Report. Amongst the national parties, the BJP is the only one that has delayed its submission in four out of five financial years. Bahujan Samaj Party, on the other hand, has delayed the submission of its Contribution Reports only in FY 2011-12.

Various reports by ADR indicate that political parties either do not disclose complete information about their donors or provide insufficient information about the donations received. For example, between FY 2012-13 and 2014-15, BJP failed to mention the mode of payment for any of its donations. The Congress also has not disclosed PAN details for any donations received in FY 2013-14.

First, some parties do not mention the name of the donors/contributing persons/companies in many of the donations declared. Amongst all the national parties, this problem is more prevalent within the BJP which has not declared information with regards to 49 donations equivalent to a sum of Rs 31.78 lakhs between 2012-13 and 2013-14. The CPI (M) has declared one such donation of Rs 50,000.

Second, political parties are expected to provide the complete address of the contributing persons/companies, but, it has been noticed that they often leave the address column blank. In an analysis of donations report of national parties between FY 2010-11 and 2014-15, it was found that the BJP in particular did not disclose the addresses of donors from whom 2917 donations worth Rs 389.88 crore were received. CPM has also received Rs 25.57 lakhs through 22 such donations. Meanwhile, the CPI has received Rs 2.53 lakhs from eight such donations.

Third, as per the format, the parties are required to declare PAN and income tax ward/circle of the donor. But, in most instances, PAN details are not given or even if they are, they are incomplete or incorrect. Between FY 2010-11 and 2014-15, national parties collected a sum of Rs 444.37 crores through donations without PAN details. Out of this, the BJP collected Rs 283.76 crores, Congress Rs 154.03 crores, CPI Rs 3.11 crores, CPI(M) Rs 2.31 crores and NCP Rs 1.15 crores. There is no instance in which income tax ward/circle of the donor has been declared by any of the parties during the same period.

Fourth, political parties are also required to state the medium or mode (cheque/DD/cash) through which donations are received. But most of the times they provide incomplete information – like cheque/DD would not be specified or cheque/DD number would be missing or bank details would not be mentioned or date on the cheque would be unavailable. This, in turn, hampers the process of verifying these donations. National parties have altogether collected Rs 834.4 crores through such donations between FY 2010-11 and 2014-15. This forms 79.97% of the total donations received by all national parties in these five financial years.

Additionally, there are many donations where the mode of contribution section is either left blank or just a collection of numbers are given which cannot be associated with a bank or cheque DD number. These are classified as undeclared donations. BJP, Congress and CPI(M) have received Rs 9.83 crores collectively through such donations between FY2010-11 and 2014-15. Out of this, the BJP individually got 91.8% or Rs 9.03 crores from such donations.

It is startling to note that there are certain donations in which majority of the details – including name, address, PAN number of the donor – have not been declared by the party. Besides this, the details regarding the mode of contribution are also incomplete or unknown. There are 44 such donations through which BJP has reported receiving Rs 29.43 lakhs.

Some of the important recommendations in this regard are that any party which does not submit its income tax returns to the IT department and Contribution Report to the ECI on or before the due date, should not be given a tex exemption on their income and defaulting parties should be derecognised. In addition, political parties not following the ICAI guidelines for auditing of reports should be scrutinised by the IT department.

Similar to the Supreme Court judgment dated September 13, 2013, declaring that no part of a candidate’s affidavit should be left blank, we recommend that the ECI impose rules that none of the fields in form 24A submitted by political parties providing details of donations above Rs 20,000 should be left blank.

At this point, it becomes important for political parties to lead by example by setting their own house in order and by coming under the ambit of RTI, especially with respect to their funding. Hence, full details of all donors should be made available for public scrutiny under the RTI, the way it is done in countries like Bhutan, Nepal, Germany, France, Italy, Brazil, Bulgaria, US and Japan. This would be a significant step towards gaining the confidence of ordinary citizens who at present are cynical and distrustful of the political parties.

Vaishali Rawat and Hemant Singh are researchers with the Association of Democratic Reforms.