Why We Need to Be Wary of the Political Centrists

"Neutrality" that draws equivalences in order shame the liberal voice into not speaking out actually ends up helping the forces of illiberalism. 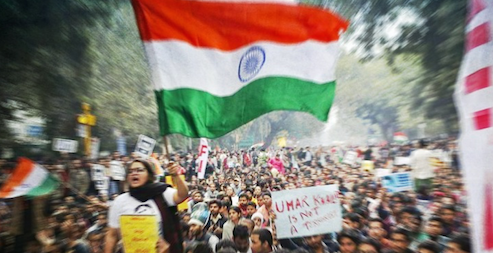 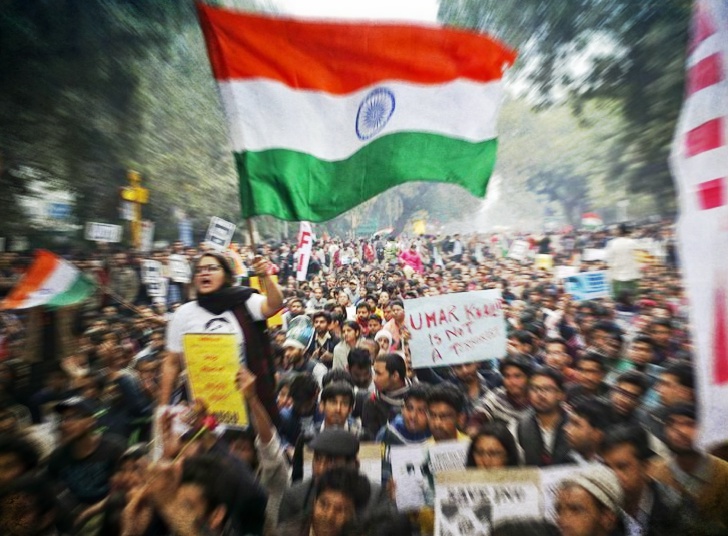 Some of the most respected and “followed” public intellectuals today are those who position themselves as centrists.

A big advantage of a centrist positioning in one’s commentaries is that most of your readers (at least the serious ones), on both the right and left, take you seriously, even when they end up disagreeing. The reasons are pretty obvious. You are seen as impartial, free from ideological biases, personal predilections and party agendas. You are also perceived as moderate and autonomous; with that touch of audacity that says: I don’t care who your ideological masters are – my views and I are not beholden to any person, party or kosher ideological perspectives, whether on the left or right. Your views may sometimes be (mis)construed as ambivalent, sometimes even as wishy-washy but in the long run, particularly in this hyper-partisan environment, your views count as solid and reliable.

Interlocutors who are self-avowedly centrists are of two types. It is important to understand the mechanics of this typology because of the faith we repose in the opinions and perspectives of those we follow. The reason is simple – beyond a point, this “following” is really an act of faith because we, the people, neither have the resources to verify facts nor the intellectual depth to interpret them. We find interlocutors we trust and sync our political views with theirs.

In the first category fall those who are in the “principled” centre. They distance themselves from both the ideological left and the ideological right. It might even be fair to say that they distance themselves from “ideology” itself, a term that probably proves to be very off-putting for the general public. We commonly regard ideology, says political theorist Michael Freeden, “as an instrument of totalitarian seduction”. Avoiding it seems like a wise thing to do, especially if you are writing and speaking for public consumption. Generally speaking, those in the principled centre are strong supporters of civil liberties, the autonomy of institutional structures, balance of power, free-ish economies and are generally suspicious of overweening, over-reaching state apparatuses. These principles are applied more or less consistently to evaluate regimes, policies and party politics.

As opposed to the principled centrists, there is the second category – of  “functional” centrists. Their centrism is a form of postured neutrality between conflicting political or party positions. They hate to take sides even when a principle is at stake. In general, they tend to be less transparent and definitely less consistent than the principled ones. There is no consistency in the choice of mediating principles that inform their judgment. As a mediating principle, it could be civil liberties in their stand against Section 377 (that criminalises homosexuality) but for Aadhaar, civil liberties could be a negotiable or a tradable principle.

One such example of neutrality is a recent article in The Print, where it was stated quite clearly: “political analysis has to be divorced of (sic) the writer’s voting preferences, so we will refrain from calling it a good or a bad turn.” This is a strange statement. It seems to suggest that if I have voted for the Congress, I should shy away from either criticising the Bharatiya Janata Party or supporting the Congress. But it’s also a telling statement – it reveals precisely what is wrong with this type of neutrality.

Political centrism of this genre strips neutrality of any commitment to normative values and to any principles of democracy. It reduces itself to the practice of drawing equivalences. So if the Congress renamed roads in their own names, we can’t complain if the BJP does the same. If “every standard bearer of the virtue of secularism was corrupt and a controversial dynast”, we can’t complain if a political dispensation reneges on the principle. If some folks questioned the death sentences of terrorists or the Batla house encounters, we cannot complain about aggressive, hyper-nationalism that spills out and kills on the street. In fact, we also have to feel complicit in extinguishing the possibility of a “relaxed form of nationalism”. And last but not the least, because we do not “speak the truth about (our) party’s leader”, we relinquish all claims to question any leadership. Actually, to question anything at all.

It is true that the virtues of a relaxed nationalism and secularism are in peril today. It is also true that academic and left critiques of nationalism may have inadvertently ceded the space to a dangerously emotive and aggressive form of nationalism. And yet, the “neutrality” that draws equivalences in order shame the liberal voice into not speaking out actually ends up helping the forces of illiberalism.

The politics of equivalence deliberately seeks to burden the dissenters of today with not only their own omissions and commissions, but also those of the Congress and the BJP and the fringe! If indeed the lament is that hard questions were not asked of the Congress for its excesses and transgressions, a little slack can be cut for the unorganised, disarray that is the liberal citizenry of the country, who speak in many voices and from many positions and who may not have been as technologically enabled yesterday as we are today. Our politically not-so-benign interlocutors forget the relative anonymity and invisibility of protests and dissent back then. They also forget that the prime avenue of voicing dissent and discontent was the newspaper, a space that they and their colleagues occupied as “our” interlocutors, while we had a 1:1 crore representation in the “letters to editors” section.

It is true that as a nation, we are changing or that we may have changed irrevocably. But any advocacy of change which demands that  the first principles of democracy become a matter of contestation and is neither as centrist nor as politically non-aligned as it masquerades to be.