Years of stigmatisation and harassment have pushed members of the Pardhi and other Adivasi communities in Bhopal to come together and protest police impunity. 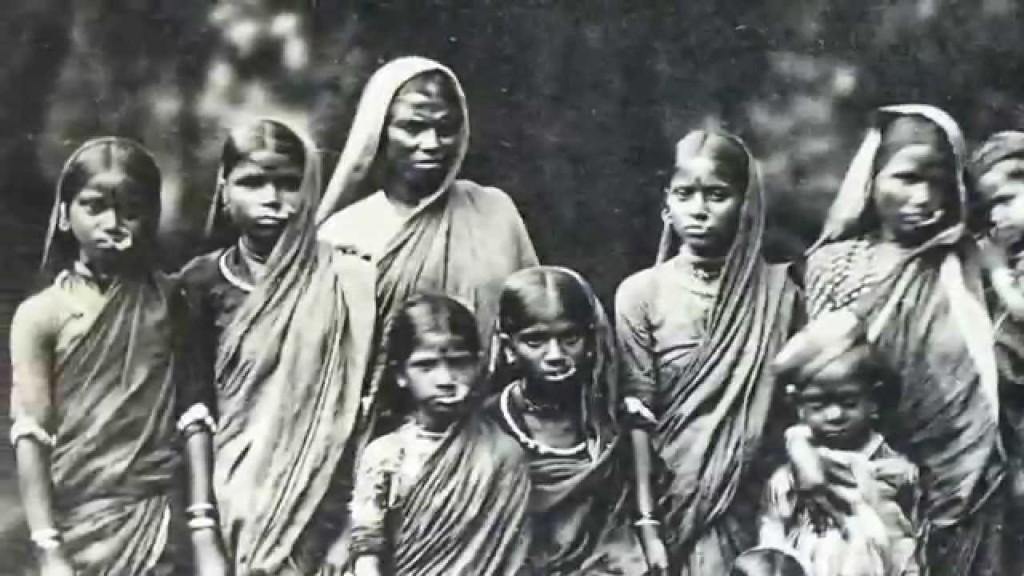 Fed up with police harassment, Indramal Bai committed suicide in the Gandhi Nagar basti of Bhopal on November 20, 2017. Nothing has changed over the last decade since Tanti Bai, a 14 year old, committed suicide for the very same reason on January 19, 2007. Both were poor waste pickers from the Pardhi community, one of the 150 ‘denotified tribes’ (DNT) in India, comprising almost 10% of the country’s population.

A survey conducted a year ago in the bastis of Bhopal among 189 Pardhi families found that 25 people of all ages had committed suicide, most of them due to harassment by the police. There may have been many more suicides which have gone unreported for fear of the very police that drove them to it.

The Pardhis may have been formally denotified, but they continue to be stigmatised and treated by the police as a ‘criminal tribe’. They are blamed whenever any crime takes place, and often harassed even if there is no crime. The question is whether all these deaths should be considered suicides or institutional murders.

Highlighting this state of affairs, from December 5 to December 10 (International Human Rights Day), members of the Pardhi community set up base in Roshanpura, the central square in Bhopal, to protest against the victimisation of their community. They were joined by other Adivasis living in Bhopal’s bastis.

Indramal lived with her two young children; her husband had been living separately for the past ten years. For over a week, three policemen from the local Gandhi Nagar police station had been harassing her daily, trying to extort money by threatening to register a criminal case of theft against her. Repeated pleas of innocence by Indramal, as well as her sheer inability to pay, had no effect. On November 17, the policemen visited her house thrice. By the end of the day, she was so desperate she poured kerosene on herself. Even as she was burning, the policemen walked away, claiming it was all regular Pardhi drama. Even though Indramal’s relatives tried to save her, she had over 60% burns when she was admitted to Hamidia Hospital. Three nights later, at 12:40 am on November 20, she died a painful death.

Just three days before this incident, on November 14, Indramal along with others from her basti had attended the Bhopal collector’s jan sunwai (public hearing) and complained of police extortion. Ten days prior to the jan sunwai, one person from Gandhi Nagar had been arbitrarily picked up and beaten in the police station after refusing to give money to the police. They had also heard about people from the Pardhi community in two other bastis being similarly harassed around the same time. By attending the public hearing, the Pardhis were hoping for some redress. Instead, what they got was another ‘suicide’.

After Indramal died, from November 20 onwards, there have been continuous rallies and demonstrations on the streets of Bhopal. On November 24 too, there were candlelight rallies in different parts of Bhopal. One of the reasons for this spontaneous outpouring of anger was that people have had enough of police torture, harassment and extortion. They have come to realise that if they and their children have to survive, they have no alternative but to come together with other marginalised communities and organise as working, labouring people.

When there is a continuous spate of people killing themselves and there is a pattern to it, do we call it suicide? Where does this impunity for the police and armed forces come from? The people at the receiving end of this impunity are communities that exist on the margins of society and it is this impunity that keeps reproducing their marginalisation. The tragedy is that large parts of the civil society is complicit in this, as shown by the outpouring of righteous indignation and cries of ‘hang them’ whenever it is the poor and marginalised that are perceived to be in the wrong. The immediate charging of a bus conductor – who was later found to be innocent – for the murder of a student from Ryan International School is a recent case in point.

Stigmatised even though ‘denotified’

Under CTA 1871, the government prepared a province-wise list of criminal tribes. The criminal tribes were defined as “any tribe, gang or class of persons addicted to the systematic commission of non-bailable offences.” Once a person was born into a criminal tribe, they would be considered criminal forever.

The Act placed restrictions on their movements, making it mandatory for any member of a criminal tribe to register their names and belongings with the nearest police station upon entering a village or city. They were not allowed to leave a place without the police’s permission. As ‘Beyond the Margins’, a report by the Human Rights Law Network tells us, they were kept in open jails and used as labourers in the construction of schools, government buildings like jails, railways, roads etc.

The Renke Commission or the National Commission for Denotified, Nomadic and Semi-Nomadic Tribes set up under the chairmanship of Balkrishna Sidram Renke by the Ministry of Social Justice and Empowerment submitted its report in 2008. But since then, no action has been taken. If even a few of the recommendations of the commission had been acted upon, this wanton loss of lives would likely not have happened.

Being branded a thief

Many of the issues concerning denotified tribes are not known to many. The experience of Manju, also a Pardhi waste picker, is a common one. She says: “If there is some theft somewhere in the big houses, whoever may have done it, the police will first raid a Pardhi basti. Even in the middle of the night. There is no question of a search warrant or an arrest warrant.” Prakash Bai joins Manju: “They round up people and beat them to pulp. They also keep abusing you. They say really bad things.” Sadhana Bai talks of the experience of her son who had saved money and bought shoes. The police stopped him in the market and asked him where he had stolen the shoes from. The boy got so scared, he just handed over the shoes to the police and left. “He was lucky he was not beaten up as well,” she sighs. “That is one of the reasons why we women have to go out and do waste picking. None of our children – girls or boys – can go to school without being harassed. That is why our entire community continues to be where it is.”

At the national level, there have been several incidents over the years involving mob lynching, and torture and death in police custody. Women have been raped and in some cases, the husbands of the women have been tortured. These are just a few of the ‘punishments’ meted out to the people of DNT communities like the Lodha, Kheria Sabars, Pardhis, Sansi and Chhara, for no other reason than that they belong to the ‘criminal tribes’. These atrocities have been documented extensively by Mahasweta Devi and Ganesh Devy among others.

According to one case study by Meena Radhakrishna published in the Economic and Political Weekly in 2007, out of the about 3,000 Sikhs killed in the 1984 carnage in Delhi, about 2,000 originally belonged to the Banjara community before converting to Sikhism. Most of them lived in resettlement colonies, where rising land prices made it desirable for the upper castes to attempt to remove them. Banjara children were also systematically discriminated against by both teachers and other children, to ensure they would not compete for jobs with them in future. All this created a strong inclination to keep Banjara children out of school and train them in traditional skills. In one block of Sultanpuri, there was not a single young man or woman who had studied beyond class I.

Internationally, the Gypsies or Roma of Europe and the denotified tribes of India share a common past. During the Holocaust, an estimated 5,00,000 European Roma were murdered by the Nazis. This massacre was neither accidental nor a one-time affair, but born of the long history of discrimination and persecution of these communities. Modernity, industrialisation and related processes have marginalised these communities even further and increased their vulnerability.

In India as well, the police show no signs of ending their harassment and torture of the DNT. Instead, they revel in the display and reiteration of the power they have over an entire community, a power that is sanctioned by society and the state. Challenging this power and the impunity the police and the state enjoy vis-à-vis communities like the Pardhis is important as every time this impunity goes unchallenged, it threatens the very foundations of democracy and the safety and rights of more sections, be they religious minorities, sexual minorities or victims of caste- and ethnicity-based hierarchies.

Sujata Gothoskar has been researching and organising on issues of gender, work and organisational processes for over 30 years.