Families of alleged members of the banned SIMI say the accused are being tortured, kept in solitary confinement and denied meetings with their lawyers. 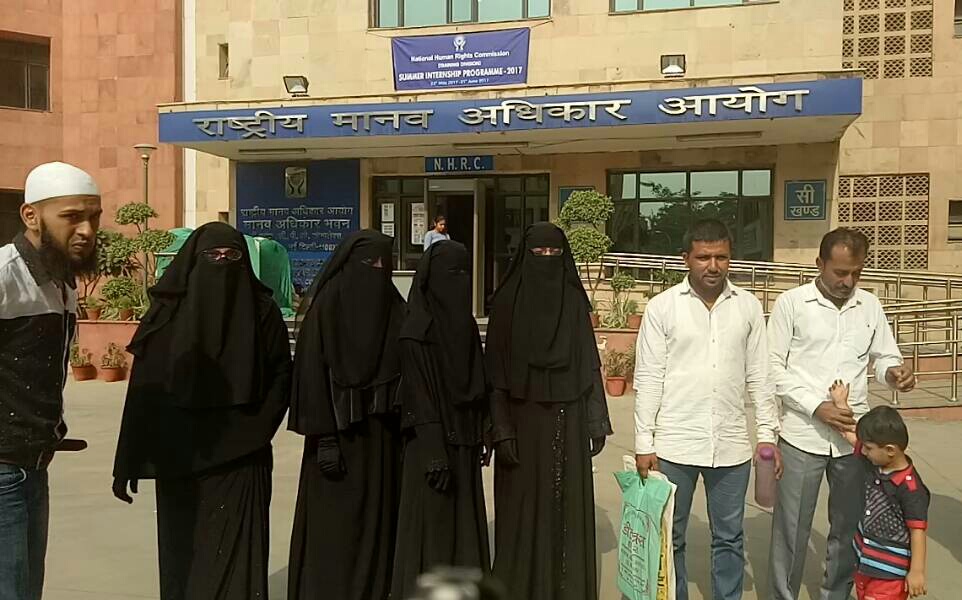 New Delhi: Every time they visit the Bhopal jail after travelling nearly 170 km from Ujjain, the families of alleged members of the banned Students Islamic Movement of India (SIMI) who have been charged in various terror cases told The Wire, police officials and jail staff don’t allow them to meet their relatives for more than five minutes – though the stipulated time is 20 minutes. Even those five minutes are spent heavily surround Anti-Terror Squad (ATS) personnel and jail staff. In addition, they allege that their relatives have been routinely tortured, humiliated and forced to shout anti-Islam and anti-Muslim slogans, apart from not being allowed to meet their lawyers.

All this started, claim family members, after the controversial ‘encounter’ in Bhopal on October 31 last year in which eight accused were killed, who according to the police had escaped from the Bhopal Central Prison the previous night. The family members have been filing complaints at all the available judicial and administrative forums in the state, but their pleas have not been heard so far. They even wrote to the president and the chief justice of the Supreme Court. Three accused have also deposed before the trial court about the alleged torture and continuous harassment they are facing, but no action has been taken so far. After not getting any response from the authorities in the state, they came to Delhi on Wednesday (May 24) to petition the National Human Rights Commission (NHRC).

“This is the last resort for us,” says Farzana Bi, wife of Mohammad Adil, of the 21 undertrials who is allegedly facing human rights violations. Explaining the situations, she says, “Whenever we go to meet [Adil], we are harassed. We are hardly allowed to meet him for more than five minutes. They [the accused] are threatened against telling us what is happening to them.” She also alleges that her husband is being kept in solitary confinement and is not allowed to meet other inmates. According to Farzana, medical treatment was also denied to her husband, despite him having a kidney stone. “His eyesight is also weakening day by day,” she adds, “Even when we provided spectacles they were not handed over to him.”  Three other women, Shaman Praveen, wife of Mohammad Jawed, Ambareen, wife of Mohammad Irfan and Najma Bi, wife of Mohammad Zubair, have similar complaints about the attitude of jail officials.

In their petition to the NHRC, signed by family members of ten of the 21 accused, they have asked for an independent investigation into the allegationsof torture and human rights violation of the undertrials. They also requested a medical examination by independent doctors, because they fear that their family members are being fed adulterated food items and as a result they are becoming weaker day by day. The petitioners in their letter note that, “There is a common feeling by several of these UTs (undertrials) that they may be killed by jail authorities. In several cases, UTs fear for their lives and fear that it will be shown as a case of suicide.”

Other family members and several members of human rights organisations accompanied the wives of four of the accused to also file a separate petition demanding an inquiry into alleged instances of restrictions on meeting relatives and lawyers, inadequate access to medical treatment and basic necessities, and torture and inhuman treatment, including death threats, by jail authorities. Madhuri, an activist with the People’s Union of Civil Liberties, Madhya Pradesh, who is accompanying the families, says, “Immediately a team should be sent by the NHRC [to meet the undertrials] comprising its members or members of the NGO groups associated with the commission, so that all 21 undertrials can speak freely and without fear of repercussions.” Hearing the family members on Wednesday, Justice (retired) D. Murugesan, a member of the commission, promised that an inquiry will be launched soon.

Mahtab Alam is an activist-turned-journalist and writer. He writes on issues related to politics, law, literature and human rights, and tweets @MahtabNama