Hassan Babur, who was later discharged by the Jammu court, alleges that he was arrested because of his anti-RSS/BJP protests. 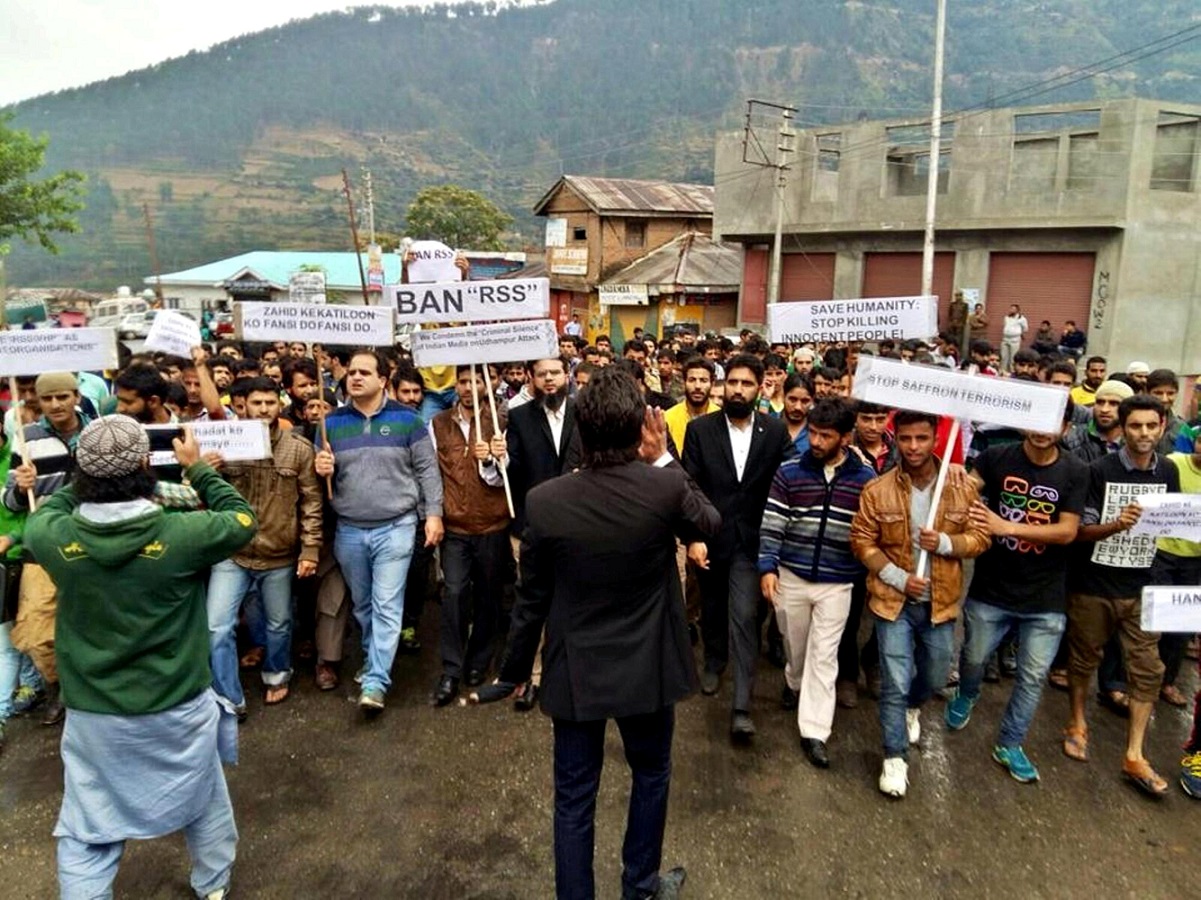 Jammu: On Monday, February 19, after languishing in jail for the past seven months, 32-year-old advocate and social activist Hassan Babur was discharged by the court of 2nd additional session judge, Jammu, of the charges of sharing vital security and information related to the army establishment with ISI agents and other terrorist organizations through social networking websites.

A resident of Doda district in the Jammu division of Jammu and Kashmir, Babur was booked under sections 120 B, 121, 121- A of Ranbir Penal Code and 66F of IT act in an FIR registered at the Akhnoor Police Station in Jammu district. After his discharge by the local court, he stepped out of Kot Bhalwal jail on February 21.

His mother, Farida Begum, 50, while accusing police of conspiring against him said, “We had been running from pillar to post to get him released as we knew from the very day first that he was being targeted for his activism.”

The family had to face a tough time while Babur was in Jail. His grandmother passed away with her wish that Babur would lead her funeral prayers going unfulfilled.

“His father suffered [a] brain haemorrhage in 2016 and Babur was the only financial support for the family. Only we know how we have spent the last seven months in his absence,” Farida told The Wire.

The prosecution had alleged that Babur was supplying vital information related to the location of army installations to Pakistani agents on Facebook, whereas the counsel who appeared for Babur argued that cognizance of the offences alleged to have been committed can be taken only on the complaint of the District Magistrate.

“In the absence of such complaints the cognizance of a police report under section 173 Cr.P.C is barred by section 196 CR.P.C and therefore, the charge-sheet is required to be dismissed and accused to be discharged,” the counsel told the court.

The court observed that the communication issued by the District Magistrate, Jammu to the Superintendent of Police, Jammu had merely authorised the police to investigate the FIR and did not satisfy the requirement fo the prosecution of the accused.

The 2nd additional session Judge, Pawan Dev Kotwal, in his judgment discharging Babur said, “Cognizance for the alleged offences is declined and charge sheet stands disposed accordingly. The accused are directed to be released forthwith if not required in any other case.”

For Babur, this was not his first time behind the bars. On August 27, 2016, the police had booked him under the draconian Public Safety Act (PSA) for organizing protests against the use of force in Kashmir leading to killings. He was also vocal against the growing influence of Rashtriya Swayamsevak Sangh (RSS) in the Chenab valley consisting of three districts: Doda, Kishtwar and Ramban.

“I was and I am against any attempt by the BJP/RSS to communalise our peaceful region and had organized few protest rallies against it and it was the primary reason why I was being implicated in the false case on the behest of local BJP MLAs,” Babur told The Wire.

Babur claims that he was arrested under a well-orchestrated plan by the police. Eight days before his formal arrest declared at Akhnoor Police station, he was picked up by two dozen men in civil clothes and police uniforms from the Jammu railway station.

“On the evening of July 21, 2017, while I was at my Jammu residence, I received a call from an unknown number from Kashmir seeking my help to stop a girl at Jammu railway station, who had run away from her home in Pune after a fight with her parents and hand her over to them, who were coming by flight, the [next] morning,” recalls Babur.

Babur is the founder of Ababeel, an NGO involved in various social initiatives across the Jammu division. He is also the Chairman of Anjuman-e-Islamia – an association of different Islamic organisations in Doda town, which also solves disputes between the local families.

He was given the coach number of Jammu Mail in which the girl was traveling and was told that she was wearing a burqa, “As a social worker, I went to the railway the other morning and as soon as I saw a girl in burqa and approached her, around 30-40 persons surrounded and bundled me into their gypsy and took me to a house which they called the safe house.”

As soon as he was brought in the safe house, Babur says, he was punched kicked and slapped and asked about who the girl was.

“I told them, I didn’t know her and explained the whole sequence of events how I was asked for help, to which an officer replied that she was ‘the ISIS lady of India,’ Sadia Anwar Shaikh,” he said and added that, “They had actually let me into a trap and asked their source to call me and make me go to railway station and receive her, so that they can threaten and fabricate serious charges against me.”

Pertinently, Sadia Anwar Shaikh is the same girl who was arrested by the Kashmir police on the January 25 last month on allegations of planning a “suicide bomb” attack during Republic day celebrations. The police had later given her a clean chit.

Sadia’s mother corroborated Babur claims of her daughter running away from home in July 2017.

“She had a fight with me and later left for Kashmir, where she had a friend.We had received a call from a police station in Jammu on July 23, 2017, to take our girl back which we did,” Sadia’s mother told The Wire over call.

Babur says that he was just asked two questions related to the Sadia and later the focus shifted to why he had grown his beard and which Muslim school of thought he belonged to. He was also asked why he delivered speeches against Modi and Yogi Government and why he had taken out a rally against RSS in Doda carrying placards seeking a ban on RSS and threatened to close the Shakhas.

“The RSS was trying to communalize our region and that’s why I had organized that rally seeking ban on RSS and they were more concerned about why people used to join my marches and protest calls,” he said adding that he was kept naked for six hours while his interrogators were clicking pictures, shooting videos, poking fun at his personal life.

Later in the evening, he was handed over to the Gandhi Nagar police station in Jammu city. On July 23, 2017, he was shifted to Satwari police station, where he was booked under sections 121, 121 A, 7/25 of arms act. 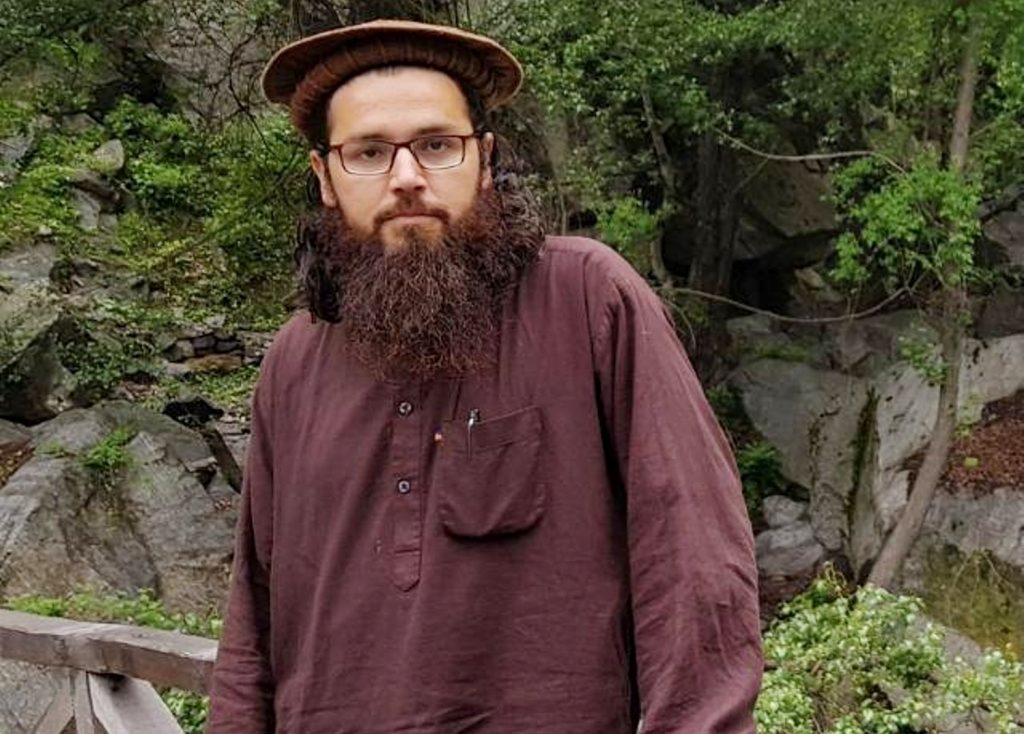 On March 2, 2017, one AK-56 rifle and three pouches were recovered from police from village Darap under the jurisdiction of Satwari police station in which no arrest was made.

“I was made a scapegoat. I had asked the station house officer (SHO) why were they pressing such charges against me when I wasn’t involved, he said that some agency wanted to hit me and that’s why they needed some pretext to keep me in their safe custody,” Babur said.

He was kept in illegal confinement till July 25, when he was presented before a Sub Divisional Magistrate who remanded him in custody for three days. On completion of the remand, he was handed over to Police Station Akhnoor, where a Sub Inspector from Satwari Police station made an entry in the Roznamcha (daily police diary) confirming his handover.

“I was traded like a commodity between police stations and finally an FIR was registered against me at Akhnoor police station that I was arrested at Satwari Chowk on July 30th, while moving under the suspicious circumstance and two mobile phones were recovered, which contained incriminating material despite the fact that they had handed me over to Akhnoor police on 29th itself and entry in police daily diary was the proof,” he said.

On July 30, 2017, he was booked in FIR No 132/2017 under sections 120 B, 121, 121-A RPC and 66 F IT act and made an accomplice in an already registered case on July 5, 2017 wherein a local youth Ravinder Kumar was arrested for allegedly sharing secret information pertaining to security and Army to his Pakistani handler through a social media account.

“I was [sic] shocked to know that such charges were pressed against me and I understood that state was serious in keeping me behind the bars whatever may come but I kept my faith in God and judiciary came to my rescue,” Babur said.

According to advocate Mohammad Aslam, the defense lawyer, all the charges against him were fabricated despite that the fact Babur had never visited Akhnoor or the adjoining areas.

“Actually they wanted to keep him locked [under] one pretext or the other and when they found no other case they made him an accomplice in this case,” Aslam told The Wire.

He said that police had come with a foolish story which the court doubted on the first hearing.

“The story presented by the police was very dubious and they along with other agencies had tried their best to make him pick the gun and become a militant and not just dub him one,” he said and added that police should be held accountable in this case.

The ex-SHO of Akhnoor Police Station, Pushpinder Singh, who was the in charge of the investigation confirmed that he found weak evidence against Babur while investigating the case.

“There wasn’t too much evidence against him and whatever we had gathered was weak,” Pushpinder who is now posted at the Jammu airport told The Wire.

When asked about the allegations of fabricating charges against Babur, he said, “We had doubts against him and that’s why an FIR was registered. We have followed the legal procedure.”

After his release, Babur has decided to join back his regular practice at the Doda court and restart his social activities with all new enthusiasm.

“Jails can’t stop me from speaking against those who are trying to communalise our region,” he said. “I won’t let them divide our people.”

Raqib Hameed Naik is a journalist based out of Kashmir. He tweets at @raqib_naik.