Thirteen opposition leaders said, "We reiterate our commitment to combat and confront the poisonous ideologies which are attempting to entrench divisiveness in our society." 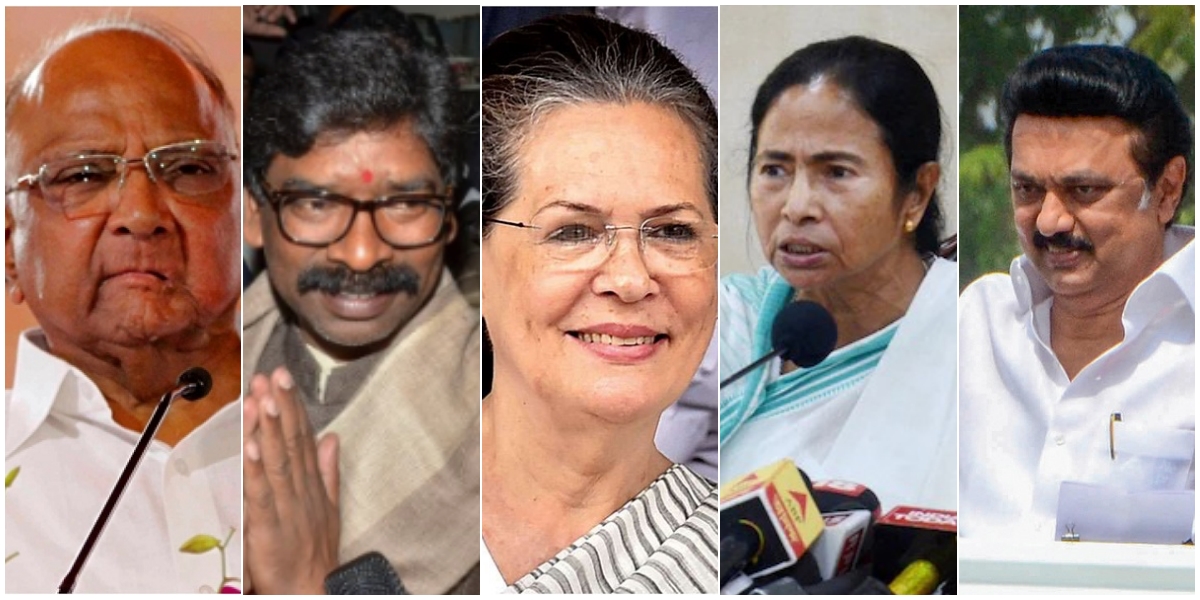 New Delhi: Leaders of 13 opposition political parties on Saturday expressed deep concern over the recent incidents of hate speech and communal violence in the country, and urged people to maintain peace and harmony.

In a joint statement, the leaders including Congress president Sonia Gandhi, Nationalist Congress Party (NCP) chief Sharad Pawar, West Bengal chief minister Mamata Banerjee, and her Tamil Nadu and Jharkhand counterparts M.K. Stalin and Hemant Soren, also raised concern over the manner in which issues relating to food, dress, faith, festivals and language “are being used” by the ruling establishment to polarise society.

“We are shocked at the silence of the Prime Minister, who has failed to speak against the words and actions of those who propagate bigotry and those who, by their words and actions, incite and provoke our society. This silence is an eloquent testimony to the fact that such private armed mobs enjoy the luxury of official patronage,” they said in the joint statement.

Reiterating their collective resolve to work together to strengthen the bonds of social harmony that “defined and enriched India for centuries”, the opposition leaders said, “We reiterate our commitment to combat and confront the poisonous ideologies which are attempting to entrench divisiveness in our society.”

“We appeal to all sections of the people to maintain peace and foil the sinister objective of those who wish to sharpen communal polarisation. We call upon all our party units across the country to independently and jointly work for maintaining peace and harmony,” they said in the joint appeal.

Incidents of communal violence were reported from some parts of the country on the occasion of Ram Navami on April 10. 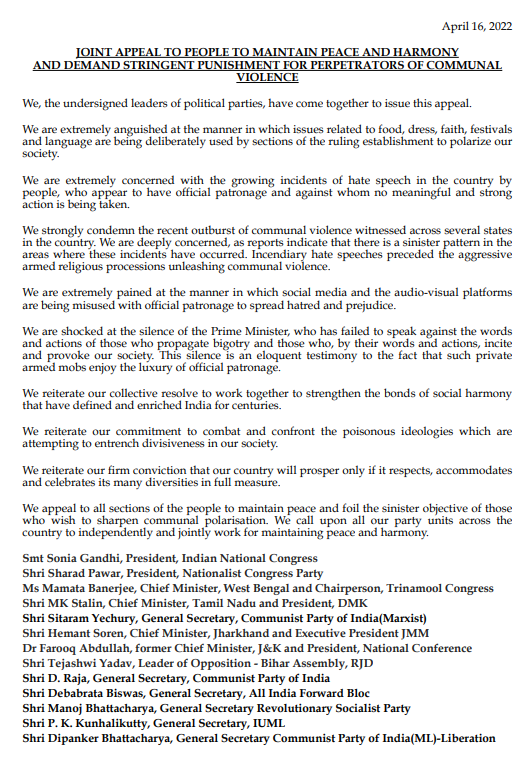