Modi to Set Up Committee to Study Simultaneous Polls, Opposition Cold to Idea

Last August, the Law Commission had recommended holding simultaneous elections to the Lok Sabha and state assemblies to save public money. 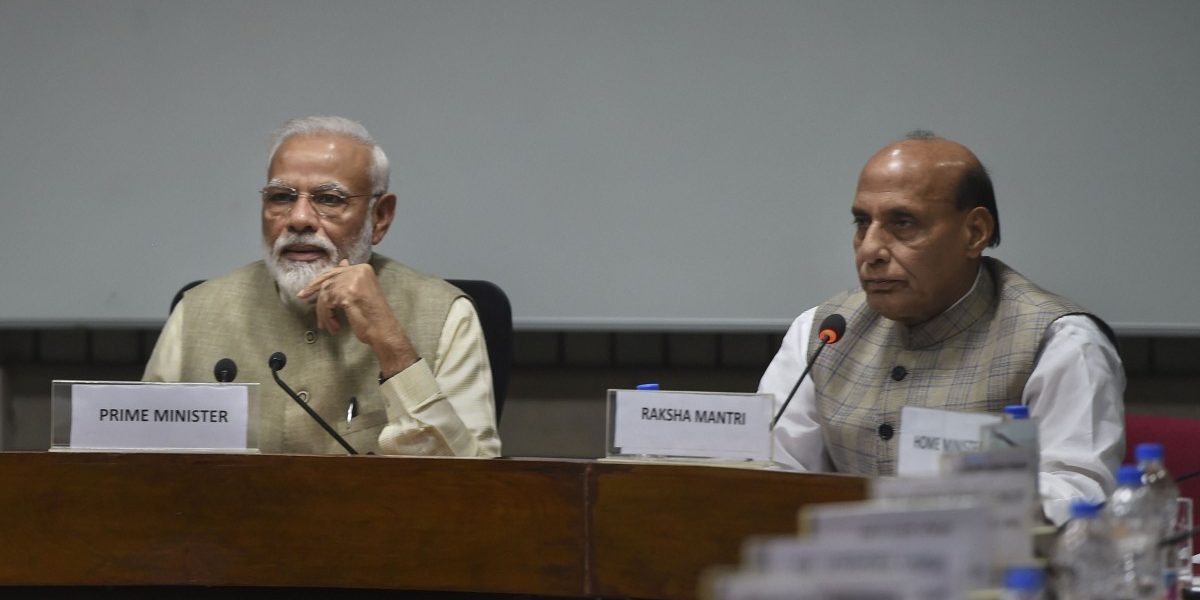 New Delhi: In a clear indication of his intention to press ahead with the idea of holding Lok Sabha and assembly elections simultaneously, Prime Minister Narendra Modi chaired an all-party meeting on the subject on Wednesday and announced he was setting up a committee to examine how to give effect to the slogan of ‘one nation, one election’.

Speaking to reporters after the meeting – from which several prominent opposition parties stayed away  – defence minister Rajnath Singh said the committee would make “time-bound suggestions”.

Singh claimed that most parties supported the idea of holding simultaneous polls and that even the two communist parties which attended the all-party meet – the CPI and CPI(M) – were “not opposed (to the idea)” even though they had a “difference of opinion”.

In fact, the CPI(M) had issued a public statement before the meeting outlining the reasons why it was “totally opposed” to the idea. “Any artificial attempt to bring about simultaneous elections … can only be done by trampling upon the existing constitutional scheme of parliamentary democracy,” the party had noted.

Asked about the composition of the proposed committee, Singh said the prime minister would decide.

The proposal would almost certainly require a constitutional amendment to give effect to simultaneous elections since the tenure of each legislature – and, consequently, the timing of each election – is currently linked to the ruling party or coalition enjoying the confidence of the majority of legislators.

Also read: Simultaneous Elections to Parliament and Assemblies is Not Good for Democracy

Mayawati tweeted on Tuesday morning saying she would have attended the all-party meeting if it was on electronic voting machines (EVMs).

Among the prominent non-NDA voices to endorse the idea of simultaneous elections is the BJD of Odisha, where the party swept the assembly in elections held simultaneously with the Lok Sabha elections which saw the BJP make major inroads.

Modi broached the idea of simultaneous elections during his first tenure as prime minister though at least one chief election commissioner, O.P. Rawat, has questioned the practicality of the idea.

Last August, the Law Commission recommended holding simultaneous elections to the Lok Sabha and state assemblies to save public money, reprising an earlier recommendation from 1999.

The latest draft, submitted to the law ministry, however, cautioned that “holding simultaneous elections is not possible within the existing framework of the constitution”.