Left or Right, a Murder Is a Murder

Kerala CM Pinarayi VIjayan and his comrades violated this sacred principle when they praised P.K. Kunjananthan, a man convicted of the murder of T.P. Chandrashekharan, an estranged party member.

One must condemn the celebration of people guilty of murder or organising murders, even if it on the occasion of their funerals.

The chief minister of Kerala and his comrades violated this sacred principle when they praised P.K. Kunjananthan, a man convicted of the 2012 murder of T.P. Chandrashekharan, an estranged party member.

Kunjananthan had been sentenced to life imprisonment for his crime. Chief minister Pinarayi Vijayan did not do glory to his party and ideology in leading his party in paying homage to such a man. He is reported to have called him “a comrade who had selflessly loved the party and exhibited concern towards society.”

The Indian Express report says that Kunjananthan, who died in a hospital while on parole, got a hero’s farewell after his demise. A party central central committee member lauded him for his role in protecting the party from attacks by the rivals and for his ‘love for the party’.

T.P. Chandrashekharan had left the Communist Party of India (Marxist)  in 2009 and founded his own party, ironically named Revolutionary Marxist Party.

He instantly became a renegade for his erstwhile party. Renegades are worse than enemies for the communists. He had to pay for this crime with his life.

Three years after this decision to leave the CPI(M), he was waylaid and brutally murdered with 51 wounds on his body and a badly mutilated face. Vijayan called him a traitor even after his murder, thus justifying this act.

The party and its then general secretary Prakash Karat had denied any role of the party in the murder. It was promised that the party would itself initiate a probe. It never took off.

The party had also said that it would take action against those members who were found linked to the murder. It was a miracle that the police could investigate the case diligently and catch the executioners and the conspirators of the murder. It resulted in the conviction of Panoor area committee member P.K. Kunjananthan and Kunnummakkara local committee member K.C. Ramachandran. They implemented a new strategy where professional gangs were hired to execute the plan of party leaders so that the latters’ hands were not soiled.

Kunjananthan was considered to be an influential figure in the party, much bigger than his position in the CPI(M) hierarchy revealed. The media reported then state party chief Pinarayi Vijayan terming his conviction as ‘unfortunate’ when queried by reporters in Delhi.

The party, far from dissociating itself from the conspirators or taking action against them, took pride in inviting them to party meetings. Kunjananthan could be out for more than 400 days, availing himself of parole. He even attended party meets.

It should not shock us therefore that the party pays tribute to him. He truly does represent his party.

A couple of years ago, the felicitation of those accused of the murder of Alimuddin in Jharkhand by the BJP leader Jayant Sinha had caused much revulsion.

The CPI(M) leaders and  members had also condemned Jayant Sinha. Similarly when the body of an accused in the case of the murder of Akhlaq in Dadri was wrapped in the tricolour and when the BJP leaders paid homage to him, the CPI(M) members had expressed horror. How can the same people then feel respect for a murder-convict?

In fact the role of Kunjananthan  was worse than the actual murderers because they had merely executed his plan. He was the mastermind responsible for this murder. Such murders fall in an entirely different category. You murder people not because you bear any personal ill will towards him but because you have a different idea of life or nation or community or politics.

Kerala is known for its culture of political violence. The tradition of treating murderers as heroes is strong there.

A friend recalled the presence of T.P. Chandrashekharan in a felicitation of the accused of the murder of Jaykrishnan, an RSS man. Then, Chandrashekharan was still a part of the CPI(M). Jayakrishnan, a school teacher, was hacked to death in front of his Class 3 students.

Such murders of political rivals are common in Kerala and each murder is justified as a revenge of an earlier murder and becomes subsequently a pretext for another murder.

The society is divided on party lines. The state becomes an ensemble of party villages. In West Bengal, the CPI(M) has seen the consequences of such a policy. To divide society into our people and their people is dangerous.

“To kill a man is not to defend a doctrine, it is to kill a man,” Roland Barthes quotes Sebastian Castellion (1515-1563) who wrote a treatise Concerning heretics: Whether they are to be persecuted and how they are to be treated, after Michel Servet was burnt at the stake in 1553. ‘Heretic,’ ‘dissenter,’ ‘dissident’ or ‘non-conformist’ can be treated as synonymous.

One cannot claim that murder in the name of a high ideal is justified. Murders institutionalise the culture of violence. People have different ideas about how to live and how to organise society. If they differ or dissent they do not become inferior or vermin to be exterminated.

A murder extinguishes a life. An individual is not merely a representative or symbol of an ideology or community. She/he has her unique existence and it cannot be abstracted into an idea. That is why it is a sin to murder, even in the name of some high values. Murder in the name of class struggle would be as heinous as a murder in the name of nation or religion.

Society progresses only when we recognise the commonness in all kinds of human groups.

Those who claim to be working for the destruction of an unjust order and justify murder in its name forget that there is after all a common human condition.

Albert Camus discusses political violence extensively in his works. Can we think of an act of permissible killing?

He also holds that even if justifiable, acts of assassination should always be remembered as assassination. That is why he calls Kalilayev and his comrades “the scrupulous assassins” in his play The Just Assassins. 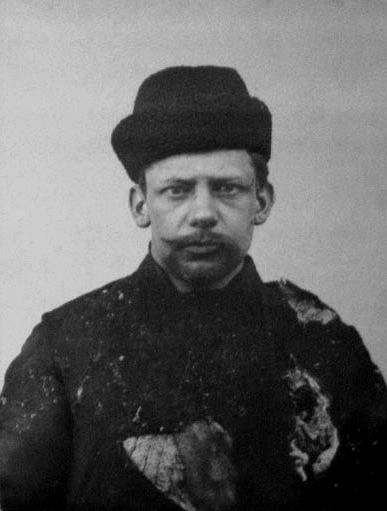 Some friends might find all this frivolous and out of place as it diminishes the exemplary work done by the Kerala government in saving the lives of the people during the current COVID-19 pandemic.

But this is precisely the point. To treat people only as masses and not different individuals is something we need to question. Kindness, to let people be what they are or they want to be is the most human thing to do and the most politically correct project.

Any act which destroys this solidarity and reduces individuals into easy categories,which can be eliminated for the better ones to survive, must be questioned and criticised.