Highlighting the lack of action from the police during the attack on students, teachers and journalists at Patiala House Court, a writ petition has been filed in the Supreme Court, asking for remedy and an unprejudiced hearing for Kanhaiya Kumar. 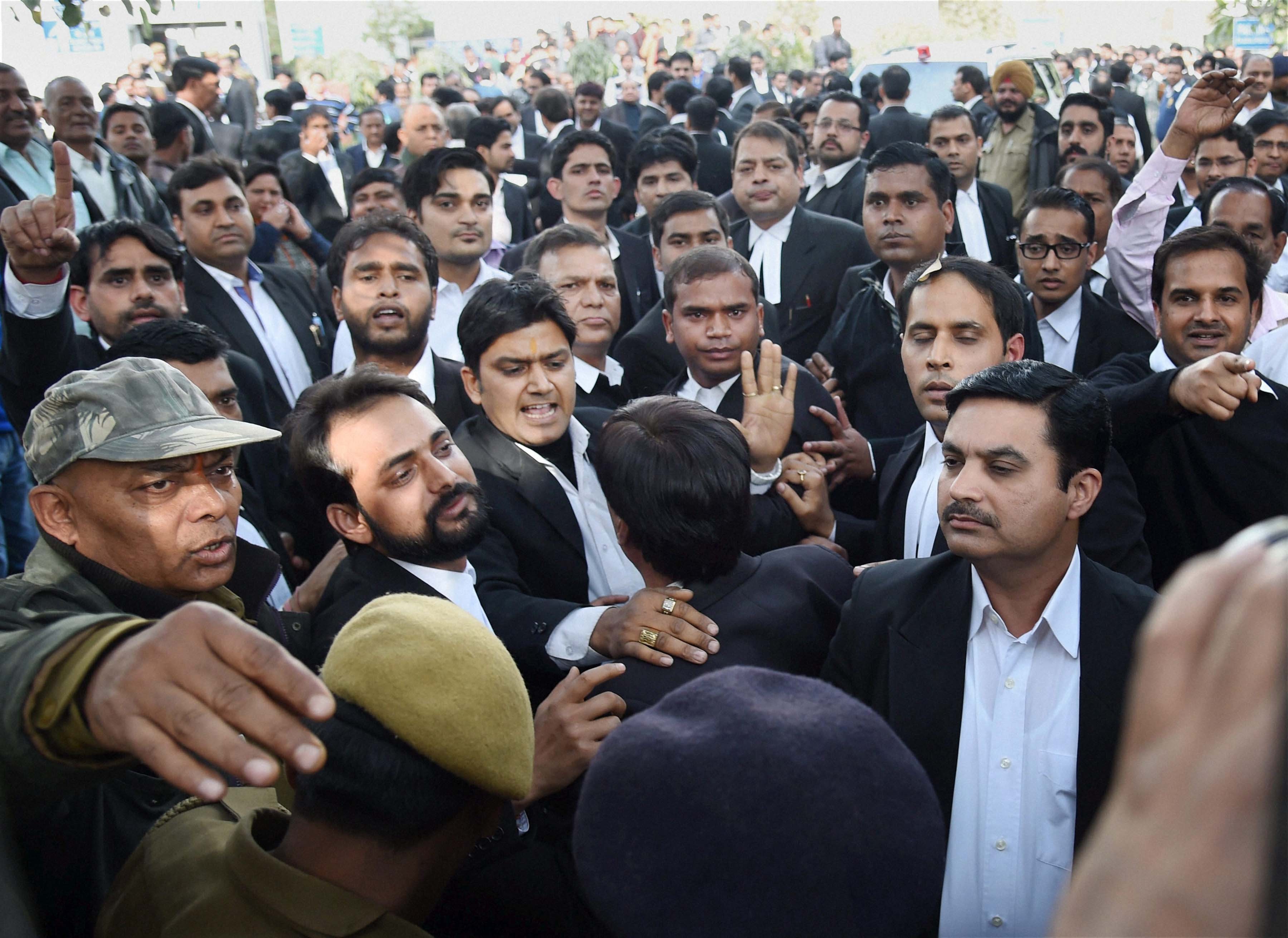 Advocates clash with the JNU students who were protesting against the arrest of JNUSU President Kanhaiya Kumar at Patiala House Courts in New Delhi on Monday. PTI Photo by Atul Yadav

New Delhi: A writ petition has been filed by N D Jayaprakash, an activist and JNU alumnus, in the Supreme Court against the Ministry of Home Affairs and the Delhi Police, after students, teachers and journalists were attacked at the Patiala House court yesterday.

Worried about the safety of Kanhaiya Kumar in light of the attack, the petition has highlighted the duty of the government and the police to protect innocent citizens from violence and vandalism on court premises. It states that this incident has illustrated the serious threat to the life of Kumar, who will be produced in court again on February 17. “He may have literally been lynched by the mob,” the petition states.

The petition also highlighted the seriousness of the incident that occurred in broad daylight within the court complex. It describes the “surcharged” atmosphere at the complex, and how nobody, male or female, was spared from the violence. It also states that journalists and other lawyers were not able to do their jobs, and were subject to physical assaults and threats. Those who tried to record the event on their mobile phones had those snatched and broken.

The petition also questions the role of the police, describing them as “mute spectator” while citizens were assaulted, harassed and threatened. Calling the attack a “crude affront to the rule of law and violation of Article 21”, the petition goes on to say that the escalation of the situation, which clearly impeded the proceedings, could have been avoided if the officers present had responded and done their duty.

Advocate Indira Jaisingh has also brought the matter to the attention of the Chief Justice of India, who he has asked that the matter be listed tomorrow.