'I think there should be an inquiry into this, so that whatever is the truth comes to the fore,' the Bihar CM said. He also said discussions should take place on it. 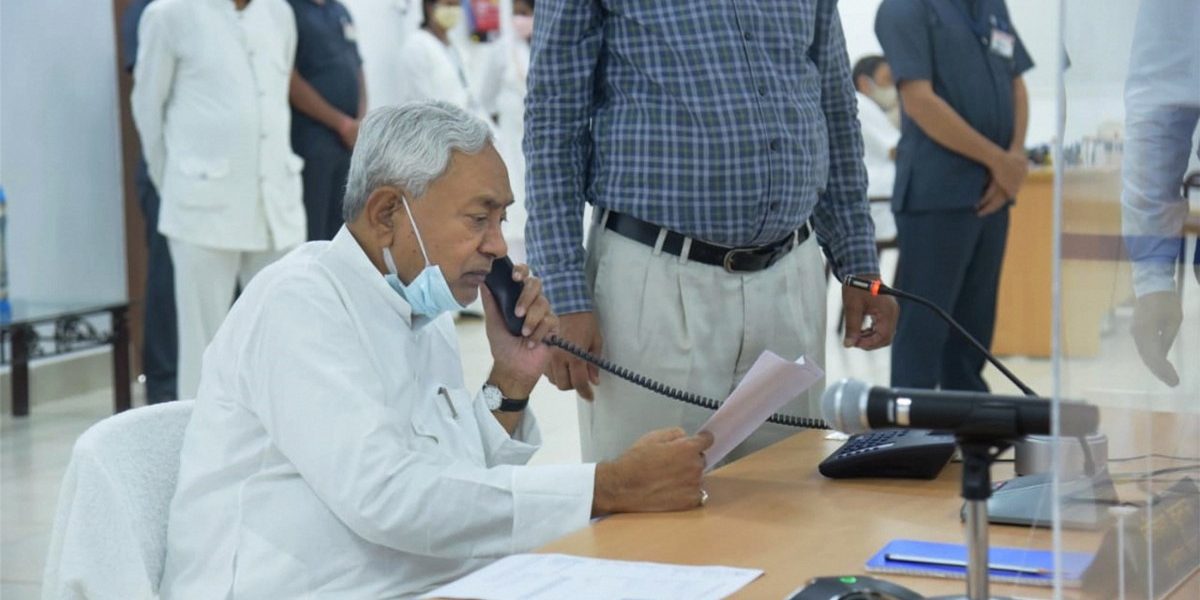 New Delhi: Bihar chief minister and leader of the Bharatiya Janata Party’s ally Janata Dal (United), Nitish Kumar, on Monday, August 2, told reporters that there should be an inquiry and discussion in parliament on the Pegasus matter.

Nitish is the first of the BJP’s National Democratic Alliance partners to speak on an inquiry into the findings of the Pegasus Project — an investigation into a leaked database of phone numbers selected by a client of the Israeli NSO Group that produces the spyware Pegasus.

The investigation was carried out by a global consortium of 17 news outlets, including The Wire, and has found that hundreds of phones could have been potentially or have successfully been subjected to surveillance. The NSO Group has said that it has done business only with “vetted government” clients.

In video clips available on Twitter, Nitish is asked by a reporter if an inquiry should take place into the row. To this, he said in Hindi, “No, of course it should.”

“Talks of tapping have been happening for so many days now, there should, of course, be talks on it and discussions on it,” Nitish said.

Opposition parties have been resolutely demanding discussions at both houses of the parliament since the Monsoon Session began on July 14. This has led to several adjournments. On July 30, Parliamentary Affairs Minister Pralhad Joshi on July 30, said, “This is not a serious issue”.

Nitish spent several moments speaking on the necessity of the truth coming out.

“You never know how and who can do these things these days, so each aspect of it should be considered and necessary steps should be taken, according to me. But what happened, what did not happen…people are talking about it in the parliament and it is coming on the newspapers too, so that is what we are seeing. But whatever happened, should be inquired into fully, if someone is listening in on phones calls in a way or if they are doing something or accessing something…whatever is being done, the whole of it should come to the fore,” he said.

Last week, a united opposition, comprising leaders of 14 parties, met in the chamber of Leader of Congress in Rajya Sabha Mallikarjun Kharge and declared that it would only lift protests if the matter is discussed in the presence of Prime Minister Narendra Modi or Union home minister Amit Shah during the discussions on it.

“For so many day, at a stretch, they’ve been talking about it. I think there should be an inquiry into this, so that whatever is the truth comes to the fore,” he said.

A reporter then asked Kumar for comments on Opposition parties’ demand that a joint parliamentary committee inquire into it.

Saying that this is a matter for the parliament, Nitish offered a defence for the Union government, “As far questions on this is concerned, the government has answered, right? So an answer has come…and on what is left, we do not have knowledge on…”

Several politicians, both in the opposition and in the BJP, are on the list of possible victims of surveillance. Also present are a large number of journalists, high-level government employees, activists and students.