The nation will realise far too late that they missed the opportunity of properly “using” Mufti sahib as the tallest leader of Muslims in the country and abroad; the state will never ever recover from his passing away. 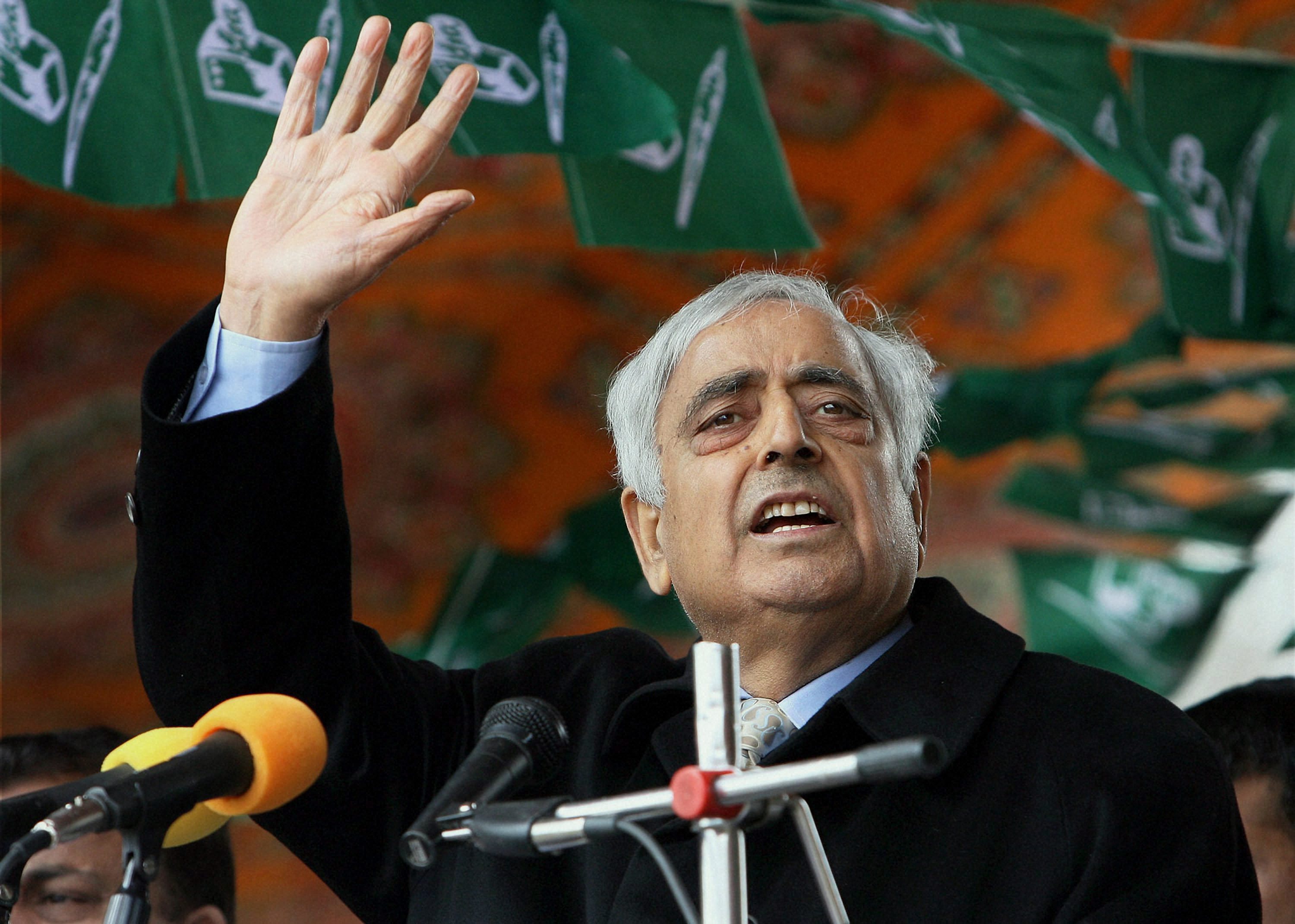 One of Kashmir’s most revered 17th century saints was Resh Peer, referred popularly as Peer (Sufi), Pandit (Guru),  Padshah (king of both worlds).  Mufti Mohammad Sayeed was a contemporary secular exemplar of the same tradition.

In September last year, at his beloved Pahalgam, Mufti sahib hosted a wazwaan lunch for his extended family. As is the Kashmiri Muslim tradition, four guests shared a trami of culinary delicacies.

Mufti sahib was sitting on a chair in the centre;  I was sitting  on the floor with other guests, most of whom were Muslims. When the food was served, Mufti sahib left his chair and said: “I will eat with Amitabh.” Begum Mufti remarked: “He is basically a Pandit, and is comfortable breaking bread with other Pandits.”

Begum sahiba had incisively pointed to two different but compatible traditions that were part of  the Mufti’s genetic makeup. His ancestry was of a Sayeed, descendants of the Prophet (known locally as Peers and respected for their spiritual Sufi tradition),  but he combined a practical wisdom and a secular knowledge  traditionally associated with Kashmiri Pandits. In addition, he was a Padshah (a ruler), who was gifted in the art of governance. He refused to change most bureaucrats that had earlier been part of the National Conference regime: only a bad workman quarrels with his tools, he said. He refused to be drawn into petty issues (is evacuating people from their houses my primary concern, he once said); and was a workaholic.

Mufti sahib may have been working with an ageing body, but his spirit, energy and enthusiasm was of a 20-year-old man. And he expected everyone to work with the same passion: before he fell ill,  he had embarked on a six hour review of Development works in downtown in Srinagar in chil-e-kalan, the coldest period of the harsh Kashmiri winter.

In our troubled times, where appointments of vice chancellors can become political and controversial, he asked me (as the chair of several search-cum-selection committees) to get the best from anywhere in the world.

On  paper,  I was his advisor. In reality, he was a mentor, guide and a revered friend. Jammu and Kashmir and the nation has lost a  leader whose generosity knew no limits and someone who was secular to the core.

Thinker, statesman, one of  the most astute political leaders of the sub-continent are just adjectives which do not do justice to Mufti Mohammad Sayeed and his formidable legacy.

There are at least three abiding legacies that were part of the Mufti era and will continue to define the politics of Jammu and Kashmir for the foreseeable future.

First, the vision of reconciliation within the state and across borders. On both counts, he was misunderstood, met with indomitable odds, but was firm in his commitment. When almost everyone within his party and outside was against the coalition with the BJP, he had only one answer: “Even if the PDP had a majority on its own, we could not ignore Jammu where the BJP has a huge majority.” In fact, as he pointed out, one of Kashmir’s tallest leaders, Sheikh Abdullah’s biggest mistake was to ignore Jammu and even his slogan against the Maharaja’s rule was limited to the slogan: “Quit Kashmir.”

He recognised that the PDP’s alliance with the BJP was like trying to bring the North Pole and South Pole together, but if the state had to hold together in body and spirit, there was no other way out.

Similarly, he believed that dialogue was the only option for long-term reconciliation between India and Pakistan. While the Narendra Modi government seemed unsure of  its Pakistan policy, the Mufti was completely  clear and he robustly argued his point of view with  the highest leadership in New Delhi. He rightly believed that the people of the state are the worst sufferers in any India-Pakistan conflict, and had the greatest incentive in peace in the region; J&K could potentially become a gateway to a new vision of peace and prosperity in South Asia.

Second, Mufti sahib often said that he was an Indian not by compulsion, but purely out of conviction.  And for him  the idea of India was encapsulated in the celebration of Indian diversity. He predicted correctly the results of  the Bihar election even while political pundits were struggling  with their analysis.  “People of India may sometime think communally, but  they will never tolerate the naked expression of  communalism.” After all, the BJP had lost power, as he reminded us, in Madhya Pradesh, Rajasthan and Uttar Pradesh, including  in Faizabad (the parliamentary constituency of which Ayodhya is a part), after the demolition of the Babri Masjid. In Jammu and Kashmir too, he believed that the return of the Kashmir Pandits was essential not only for the internally displaced community but because majorities and the politics of majoritarianism  is tempered with diversity.

Finally, of course,  he believed with complete determination that democracy is a battle of ideas, and non-violent dissent must always be given expression and space, however subversive it may seem on the surface.  When TV anchors dubbed him a pro-Pakistani separatist after Masarat Alam was released, he did not react at all. In fact, he met them later in Mumbai and other cities with the affection reserved for old friends. Forgiveness and an unwillingness to be petty were part of his DNA.

Mufti sahib was a much-misunderstood man, because he neither sought publicity nor  gave candid interviews.  Despite his punishing schedule, he was planning his memoirs and he had even fleshed out a framework. But that was not to be. The nation will realise far too late that it missed the opportunity of properly “using” Mufti sahib as the tallest leader of Muslims in the country and abroad; the state will never ever recover from  his passing away.

Amitabh Mattoo served as Advisor to the Chief Minister of Jammu and Kashmir, Mufti Mohammad Sayeed