Will Pathalgadi Dominate the Second Phase of Jharkhand Polls?

The constituencies that go to polls in the second phase are areas which have seen movements of tribal icons like Birsa Munda and Jaipal Singh. Ranchi: The controversial Pathalgadi movement – an issue that wreaked havoc in Jharkhand and prompted the state’s high-handedness on one hand and the people’s reactionary posture on the other – seems to have been given a safe burial in the assembly election.

While political parties including the opposition, which often criticised the state’s BJP government over the subject, is keeping mum, Congress star campaigner Rahul Gandhi, who addressed a rally in Simdega on Monday, chose to harp on a similar emotional issue: the Chotanagpur Tenancy Act and the Santhal Pargana Tenancy Act.

The constituencies that go to polls in the second phase of Jharkhand’s elections on December 7 already saw a pre-run of the political battle when most places of the region witnessed tribal dissent in terms of the Pathalgadi movement spanning over two years. What began as a people’s reaction to lack of development, took the form of Pathalgadi (erecting stones slabs with constitutional principles engraved on them) invoking tribal traditions and barring the entry of government officials into the village.

This resulted in steep friction between Adivasi villagers and the state machinery, often leading to armed battles from either side. In one incident, the bodyguards of the Khunti member of parliament and deputy chairman of Lok Sabha Karia Munda were abducted by the villagers, and in retaliation the state carried out repressive actions, further aggravating the situation. Many leaders were picked up under various sections of the law and put behind bars. 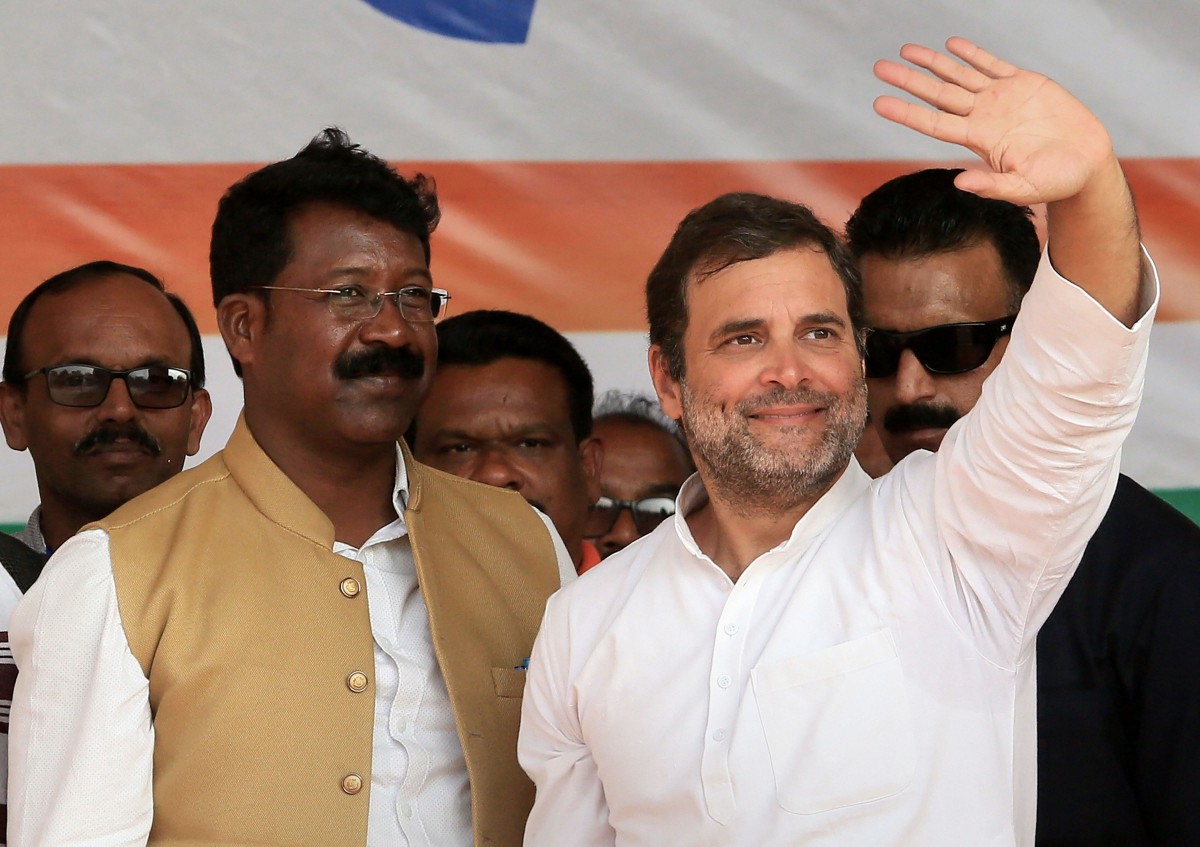 The Pathalgadi movement also saw a twist when a mysterious rape case surfaced, in which a Roman Catholic priest was arrested on the charge of criminal conspiracy, and put behind the bars. The issue also witnessed thousands of villagers charged with sedition, throwing the region into political turmoil, the undercurrents of which continue to exist in spite of political parties choosing to keep the issue non-electoral.

“The Congress will never allow any change in Chota Nagpur Tenancy (CNT) Act and Santhal Pargana Tenancy (SPT) Act – both of which the BJP government in the state had tried to amend,” said Gandhi, addressing his first rally in the assembly elections of Jharkhand in Simdega.

Due to vesting of Mundari Khunt-kati land and forest – in which the Mundas are the owners (Jamindars) of the land and the forest instead of the government of India, according to a special arrangement provided since the days of the British – into the state, constituencies like Khunti, Torpa, Simdega and Kolebira witnessed tribal dissent that took the form of Pathalgadi.

Women show their identity cards as they in a queue to cast their votes at a polling station during the first phase of Jharkhand Assembly elections in Lohardaga district, on November 30, 2019. Photo: PTI

Villagers invoked the tribal tradition of erecting stone slabs, usually done during death ceremonies. However, instead of the cultural line, a political colour was given in which phrases were carved on the stones that read that people including government officials from outside the village, were not allowed inside the village.

This movement spread in the entire region and conflict between the police and villagers became too frequent, turning many districts into a virtual battlefield. The BJP government’s effort to amend the CNT and SPT Acts also lent fear in the minds of the villagers. There are about 150 villages in Khunti-Torpa area in which, according to Section 8 of the CNT Act, the Munda has the right to hold (own) jungle land (forest).

Interestingly, the constituencies that go to poll in the second phase are areas which have seen movements of tribal icons Birsa Munda and Jaipal Singh. While land and forest were at the root of Birsa’s movement in the late 1890s, tribal self-determination and the separate state of Jharkhand was at the root of movement of Jaipal Singh in early 1940s upto 1960s. It was in the area of the second phase of elections that the seed of separate statehood of Jharkhand had been sown in the early 1950s when Jaipal Singh formed his Jharkand Party in Jamshedpur in 1950.

Also read: In Jharkhand’s Khunti, Aftermath of Pathalgadi Movement Likely to Be a Poll Issue

Political heavyweights whose fate will be decided include chief minister Raghubar Das from Jamshedpur East, who is being given a tough battle by his beleaguered former BJP colleague Saryu Rai. Congress national spokesperson Gaurav Vallabha is the third man in the race from this constituency. 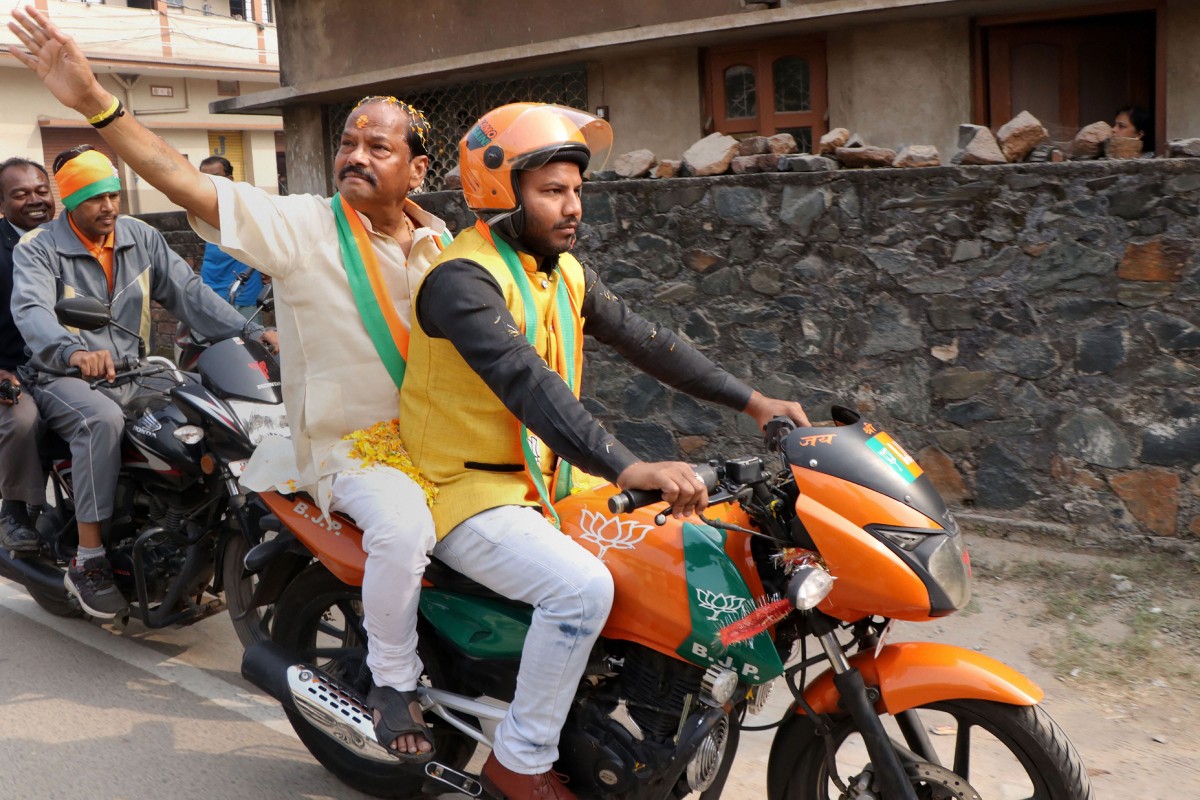 Rai, a critic of Das on policy matters, had been denied ticket by his party and is contesting as an Independent while Vallabh has been a professor in XLRI, Jamshedpur. BJP state president Laxman Gilua, who was adamant in amending CNT and SPT Act and often voiced support for state high-handedness in Pathagadi issue, lost his Lok Sabha seat Singbhum and is trying to enter the Jharkhand assembly through the Chakradharpur constituency. Sukhram Oraon, who was given ticket by Jharkhand Mukti Morcha bypassing sitting MLA Shashi Bhushan Samad, is learnt to be giving a tough contest to Gilua.

In Tamar exists a peculiar situation of victim and the victimisers in a triangular contest. Vikash Munda of the Jharkhand Mukti Morcha, son of Ramesh Singh Munda who was killed in a Naxal attack, is trying to save his seat. The contests include Gopal Krishna Patar, who had been arrested for his alleged conspiracy in the murder case, and Kundan Pahan, the dreaded Naxalite who surrendered and is behind the bars, alleged to have been involved in the Ramesh Singh Munda murder.

Political parties campaigning for their candidates Kunti, Tamar, Torpa, Kolebira, Simdega, Seraikella and Kharswan want to forget the Pathalgadi movement and move on. But how much the villagers are ready to forget the immediate past, is a question nobody wants to ask.

Also read: Jharkhand Elections: In Jamshedpur East, the Fight Is Between Official and Unofficial BJP