Thirty years after his allegations first hit the headlines, US investigator Michael Hershman is back in the news. Neither the V.P. Singh nor Vajpayee governments were able to act on them but the CBI now says it will "look into the facts" he has raised. New Delhi: With the Bharatiya Janata Party and Congress continuing to trade charges of nepotism and impropriety in the wake of The Wire‘s story last week on the businesses of BJP president Amit Shah’s son, information and broadcasting minister Smriti Irani on Wednesday cited claims of a private American investigator to raise anew the three-decade old Bofors scandal and asked the Congress to come clean on the involvement of its leaders in the controversial arms deal.

Irani quoted from private detective Michael Hershman’s interviews to some media houses this week in which he narrated how he was asked by V.P. Singh – who was finance minister at the time in Rajiv Gandhi’s Congress government – to look into the Bofors deal in 1986 but was later offered a bribe and then given death threat when he stumbled on the evidence of bribe.

Rajiv Gandhi shifted Singh to the defence ministry while Hershman was also asked to implicate Singh, she said.

Irani cited Hershman to say the Pakistani owner of the now defunct Bank of Credit and Commerce International, which had allegedly been involved in money laundering, or his representative, “met Rajiv Gandhi with a large suitcase”.

Following this, the bank, which was shut after a CBI raid in connection with the Bofors deal, was allowed to open and its detained officials were released, she said.

“Who was offering a bribe? Why did a Congress leader (Rajiv Gandhi) choose to silence his own minister (Singh)? For too long the Congress has kept conveniently quiet. It is time that it answers as to what was the role of Congress leaders then and now,” she asked, adding that many of them are still around. 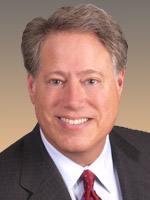 Though they may appear new for the present generation of politicians and journalists, Hershman’s allegations first surfaced in 1987 and were the subject of a commission of inquiry set up by the Rajiv Gandhi government that year itself.

The Thakkar-Natarajan commission was criticised by the eminent jurist Fali S. Nariman  for functioning in secrecy and ended up delivering what India Today in 1987 called a “questionable verdict” that attacked V.P. Singh. Hershman was dismissed by the Congress party at the time as a ‘CIA agent’ out to destabilise India. The obvious attempts at covering up the money trail in the Bofors case led to Rajiv Gandhis defeat in the 1989 election.

However, subsequent non-Congress governments, due either to lack of interest or lack of evidence, were never able to verify Hershman’s charges or use them to investigate and indict those t0 whom bribes had allegedly been paid. This included the governments led by V.P Singh, who had the backing of the BJP, and Atal Bihari Vajpayee. As the years and decades went by, the flamboyant American investigator and his company, Fairfax, which hogged the headlines in India till the end of the 1980s, became relegated to a footnote in the history of the Bofors scandal.

Irani said on Wednesday that Hershman’s interviews have brought to life the “sordid saga” of Bofors.

She said the Congress should have filed a defamation suit against Hershman if it believed he was wrong as she noted that Amit Shah’s son,  Jay Shah, had filed a Rs 100-crore suit against The Wire for a story on his businesses.

As if on cue, the Central Bureau of Investigation (CBI) said on Wednesday that it would look into the “facts and circumstances” of the Bofors scam mentioned by Hershman. “The agency has learnt of the matter pertaining to Bofors aired on certain TV channels containing an interview of Michael Hershman,” CBI information officer and spokesperson Abhishek Dayal said in a statement.

“Facts and circumstances as mentioned in the interview will be looked into as per due process by the CBI,” he said.

The Congress, on its part, hit back at the BJP for raising the Bofors issue in order to divert attention away from Jay Shah. Congress spokesperson Randeep Surjewala tweeted, “BJP is clutching at straws to save Shah_Zada. ‘Beta Bachao Abhiyan’ won’t succeed by flogging dead horses of Bofors by discredited ministers.”