Pandit Sunil Bharala, chairman of the Labour Welfare Council in UP, has written to the Union minister for Petroleum and Natural Gas, Hardeep Singh Puri. 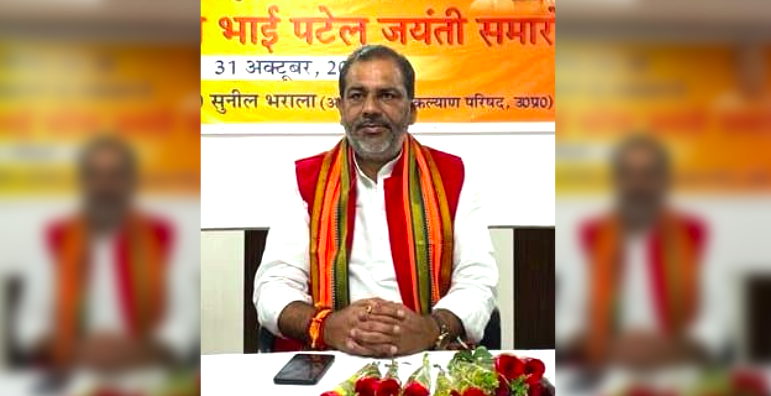 Lucknow: A senior Bharatiya Janata Party leader, Pandit Sunil Bharala, has spoken out against the Narendra Modi government on disillusionment among people over the spike in petroleum prices.

Bharala, who is the chairman of the Labour Welfare Council in Uttar Pradesh, has written to the Union minister for Petroleum and Natural Gas, Hardeep Singh Puri, noting public outrage over a Rs 36 increase in petrol prices over the last year and a half.

The Meerut-based BJP leader also raised the issue of the constant rise in in the price of petroleum products and liquified petroleum gas (LPG).

Bharala said that in the last one-and-half years, diesel price too has been hiked by the Modi government by Rs 27. He alleged that the spike of the last few days, especially, has resulted in a dip in the popularity of the Modi government and demanded reduction of petroleum, diesel and LPG prices to reduce the financial burden on common people. 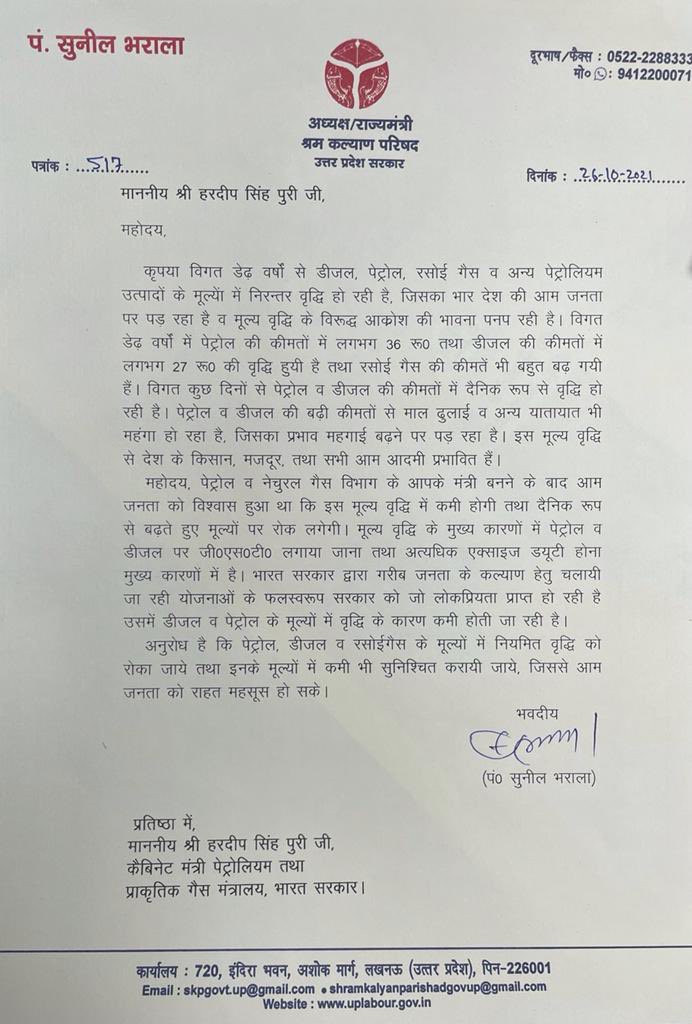 “The hike in fuel prices intensifies the anger against the party, especially among farmers,” Bharala told The Wire over phone.

However, political analysts say that this letter reflects the “inner sentiments” of the party. Prominent journalist Ram Dutt Tripathi said, “At least one of the senior party leaders of the BJP have displayed courage to hold up a mirror to the top brass of his party.”

BJP workers have been facing public pressure due to the high inflation rate and public anger has grown with it now becoming common knowledge among circles that Indians are purchasing essential products at much higher prices than the people of their neighbouring countries.

Mukut Singh, farmer leader and the state secretary of the All India Kisan Sabha, said that in rural areas, BJP workers may not participate in the protests against fuel prices but they do support it.

“If the Modi government does not control the price hike on petroleum products, the BJP will face its consequences in the upcoming assembly elections in five states,” Singh told The Wire.

Also watch | Petrol and Diesel Price Surge: What’s Behind It and Why

The BJP leadership has chosen to be tight-lipped over the intent of the letter. Party leader Rakesh Tripathi said that the BJP is a democratic party and every member of the party has the right to express his views in the party. “If Bharala wrote a letter, you ask him directly about his intent,” Tripathi said.

He also added that the party is in touch with the people, and trying to solve all their grievances.