Our Resolve Will Not Falter, Says Ramjas Student Who Organised Disrupted Seminar

'The kind of azaadi we fight for must be clarified: we are looking for the freedom to inquire and innovate.' 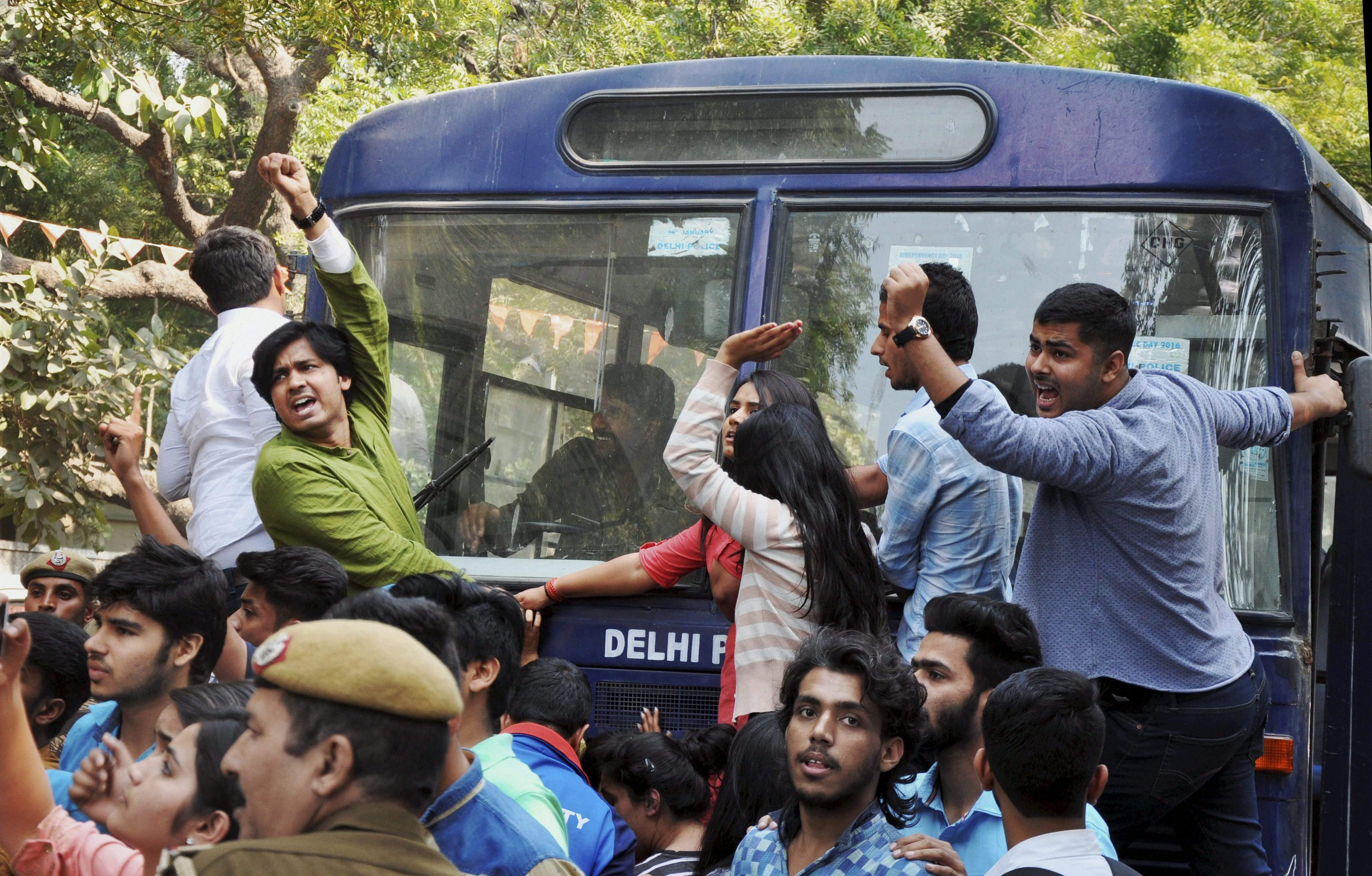 As a member of both the Ramjas English department and Wordcraft, the literary society, the now ‘infamous’ seminar has been on my radar for some months now. It wasn’t much to look at when we first began – it was a motley collection of ideas and images that organically grew to become ‘Cultures of Protest: a Seminar Exploring Representations of Dissent’. It was supposed to be an academic arena, a space where concepts would be wrangled with and previously unexplored conclusions reached, but it of course became far more than that.

The cultures of protest we want to preserve are not violent; they are those that strive for peace and democratic space to dissent. The ABVP, on the other hand, seems to stand for little more than mindless brutality and a devout allegiance to assaulting anyone who does not agree with their narrow-minded outlook on life.

I do not say this lightly; I say this after much observation and first hand experience, as well as having witnessed my friends and professors being exposed to their gundaraj and easy tendency for violence. They so effortlessly slipped into the skin of irrational violent lumpen from that-guy-in-my-logic-class that I am still attempting to comprehend how it could be so.

This movement that is unfolding before us is unique – unique in the people it has managed to galvanise and the nature of what they seek to acquire from this. This is not about AISA, SFI, AISF or any other acronyms that certain factions of the media bracket us into. It is not about political affiliation and political parties. It is about ordinary students who have had their freedom snatched from them and trampled on by members of the Sangh affiliated group. None of us have political affiliations or aspirations; our struggle is not motivated by the desire for any personal gain.

Our movement is, of course, political. Everything is political, as any student of Vinita Chandra or Mukul Mangalik would be able to tell you. The idea of restoring our space, physical and otherwise, to what it was before the events of February 21 and 22 is undeniably political, as is the battle against the ABVP and RSS, which stretches out endlessly before us.

It is azaadi we fight for – the one account the Right is correct on. But the kind of azaadi we fight for must be clarified: we are looking for the freedom to inquire and innovate, ignite within ourselves the passion to delve into discourse, dissent, and the difficulties that accompany it.

Another aspect that sets the campaign in Delhi University apart from other student uprisings is that our campus was invaded – even the JNU campus remained untouched. I don’t know if I will ever be able to walk towards the canteen and not think about what it felt like to be held hostage in my own college, huddled together and surrounded by a group of apathetic, rude police personnel.

The police were in some ways the most problematic part of the entire ordeal – they were just shy of openly supporting the ABVP goons, even laughing and amiably chatting with many of them.

On that day, our strength lay in our silence, in our absolute refusal to give in to their provocation. The power within us exists because we fight their fury with quiet determination, and counter their intimidation with songs of love, peace and kindness. The people we are dealing with have no morals and see no reason – they see lyrics like “hogi shanti chaaron ohr, ek din” as cause for launching chairs at professors.

However, despite the ABVP’s best efforts, our seminar was allowed to continue through the medium of Ravish Kumar’s show. He brought our speakers directly to people’s homes; you were listening to Maya Rao speak on ‘Bodies in Protest’ and Umar Khalid on ‘The War in Adivasi Areas’ whether you planned to or not.

The one good thing to emerge from this whole debacle is this: members of the ABVP have unwittingly fostered an unparalleled spirit of community amongst not only the students of Ramjas College, but the entire university. It has created a body of students that is inextricably linked to one another, and we will carry this experience with us for the rest of our lives. Divisive forces will not deter us. It is a fight we are personally invested in, and our resolve will not falter. Hum honge kaamyaab, ek din. (We shall succeed one day.)

Anushka Baruah is a third year student of English at Ramjas College, Delhi University. She is also a member of the team that organised ‘Cultures of Protest’.