Opposition parties have decided to meet separately on Monday morning to develop their joint strategy in parliament during the last week of the Winter Session. 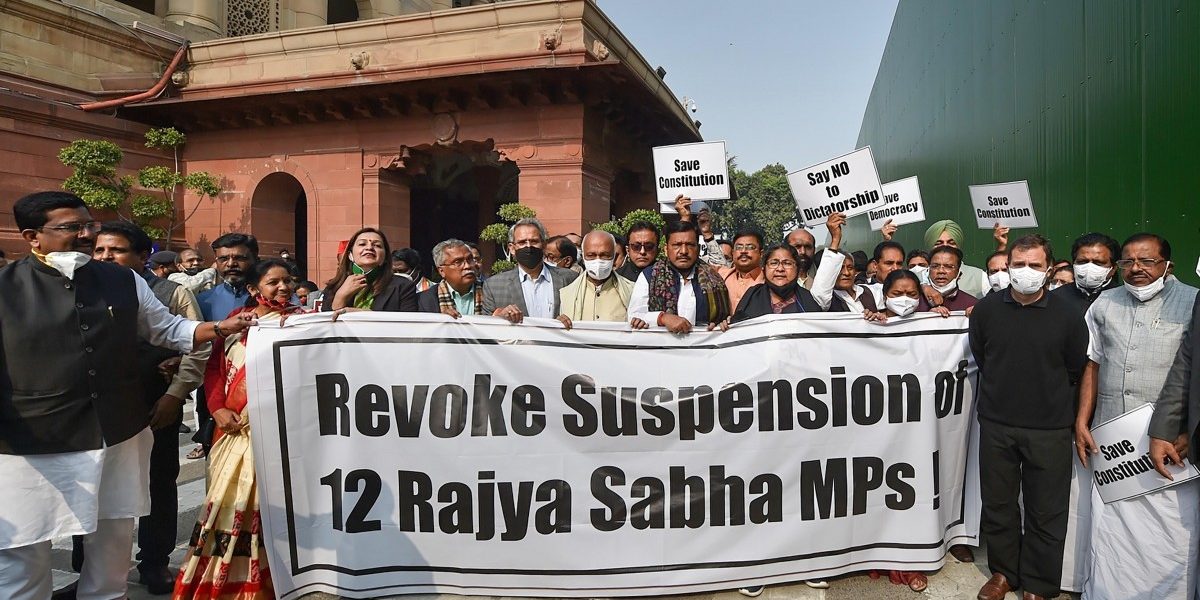 New Delhi: Opposition parties have rejected the government’s invitation to leaders of five parties to resolve the issue of suspension of 12 Rajya Sabha MPs, calling the move to cherrypick leaders “unfortunate.”

Parliamentary Affairs Minister Pralhad Joshi had invited leaders of five political parties for a meeting on Monday morning convened by Leader of the House in Rajya Sabha Piyush Goyal to discuss and resolve the stalemate over the suspension of MPs.

Opposition parties have decided to meet separately on Monday morning to develop their joint strategy in parliament during the last week of the Winter Session.

Leader of Opposition in Rajya Sabha Mallikarjun Kharge, in a letter to Joshi, said it is unfortunate that the government has invited only a few parties and not all opposition leaders, who are unitedly seeking the revocation of suspensions.

“All Opposition parties are united in the protest against the suspension of the 12 MPs. We have been requesting from the evening of November 29th itself that either the Chairman of the Rajya Sabha or the Leader of the House, Piyush Goyal, should call leaders of all Opposition parties for a discussion to break the stalemate. This reasonable request of ours has not been agreed to…” Kharge wrote to Joshi, according to Indian Express.

Monday morning STUNT from a Govt. who do not want #Parliament to function.

Govt calls leaders of the 4 Oppn parties whose 12 RS MPs have been arbitrarily suspended.

Govt leaves other 10 Oppn parties out.