What a Really Unified Opposition Should Look Like in India

An alliance to replace the BJP is not good enough; joining together to create a beautiful alternative must be our aim. 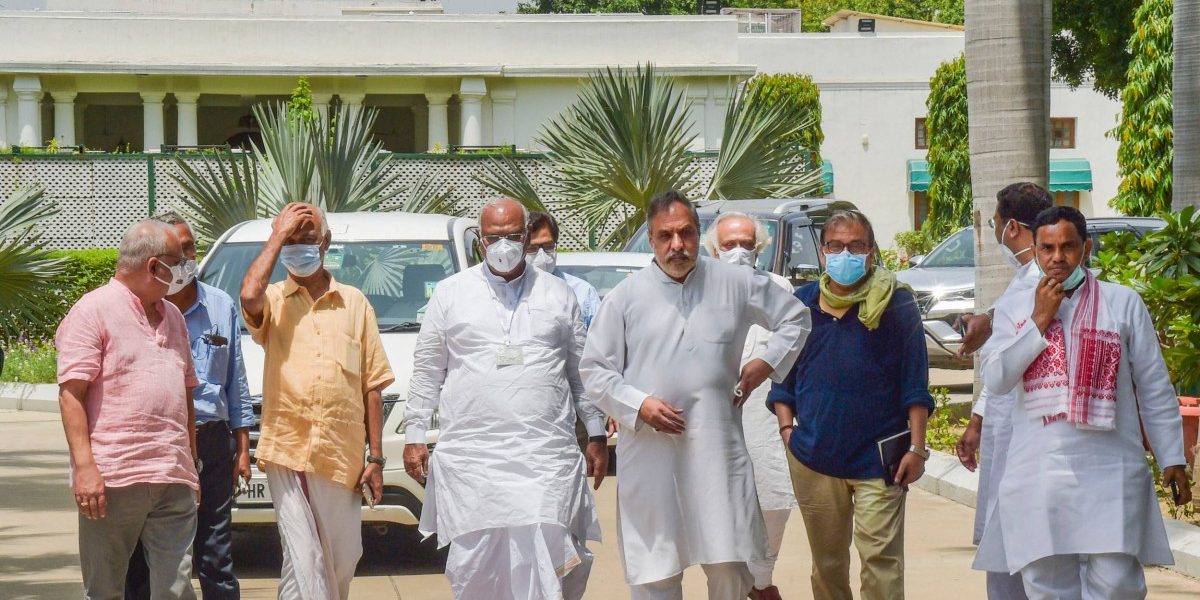 Of late there is proliferation of support for public dialogue. Often that takes place when the worst is over, as a gracious gesture of the winner towards the vanquished. Top party leaders have taken visible initiatives and now we see some individual endeavours to push that agenda.

It might be too early to assess the sentiment and strategy variously put to work. Yet the importance of dialogue in human history cannot be denied. The Americans reached out to the North Vietnamese after the bloody Tet offensive; now they are speaking to the Taliban. The post-surrender conversations with the Japanese by General Douglas MacArthur were obviously different.

Our own history has glorious moments of dialogue such as the meeting of Alexander with the defeated Porus. Gandhi and Nelson Mandela have advocated dialogue over confrontation and violence. But it is premised with the need for Truth and Reconciliation. The latter does not come without the former. This proposition holds for the winner as well as the loser in the affairs of humankind.

These principles of dialogue underscore political outreach as well, where ambition is cleverly dressed in small talk for the good of humanity. When political parties get together to talk and pretend that they do so from a position of strength, it is actually intended to cover the prevailing uncertainty. It is no different when restless politicians reach out to show their clout within and beyond their parties.

A grand alliance is clearly the need of the hour but not because some need it more and the other less. It will happen when top leaders of the political opposition speak to each other with a sense of sharing and cooperating to maximise the common good. But no amount of contrived camaraderie will hold the purported alliance together unless there is a clear agreement on fundamental political issues. Momentary unity just to displace the Bharatiya Janata Party (BJP) will remain vulnerable to the money, muscle and machinations of the ruling party, of which they have plenty. It is not a list of a thousand issues that call for convergence but the core principles of just governance. If we can agree on those, a myriad applications in a variety of matters will follow naturally and even if differences remain, they will be minimal.

I imagine that we all have to be clear about what secularism entails and how we must ensure that attempts to equate secularism with minority vote bank appeasement are carefully prevented. Whilst strategic preventive steps might be called for, adherence to those should not make us lose sight of our ideological moorings. But the ambiguity about economic policies might be our greatest challenge. A social welfare state and a populist government relying on handouts are two different things, the first committed to a principle whilst the other is a matter of pursuing a policy that will be electorally popular even if it has long term deleterious impact on the economy.

Furthermore, we must be clear about civil liberties including the dignity of the citizen, for it cannot be that violation by the incumbent government is unacceptable but we must not tie our own hands for the future. This includes all kinds of violence at the behest of the state and intrusive surveillance on the citizen. The tendency towards a police state, or even worse a deep state, has to be abjured. Cynical manipulation of internal security apparatus for political reasons is just as bad.

The state of the nation calls for a democratic virtual revolution rather than political tinkering of electoral arithmetic. That also means not just change of government but of a change in the way we think as a nation. An alliance to replace the BJP is not good enough; joining together to create a beautiful alternative must be our aim. Mahatma Gandhi did that for us in the past and for a passing moment Rajiv Gandhi held out that promise.

Also read: Baptism Through Disruptions: Parliamentary Practice in a Democracy Under Siege

Curiously, the arrival of Narendra Modi as a giant in Indian politics was consciously projected as the much-awaited dawn where darkness prevailed. It is a moot question whether it is a false dawn that can be swept away with  determination. But a fresh narrative will need a string of storytellers to spread the message and change the political ambience. All that takes more than quickly served meals and a few photo ops.

It might be helpful that many of the protagonists of the unity theatre are generically Congress and therefore share attributes despite the regional muscle flexing they have successfully experimented with. The regional loyalties they can be assured of will need to feed into a pan-India perspective and the belief that India is truly one with all the actors as part of the whole. It is not enough to add the parts because they can come unstuck once the glue that binds them becomes dated. Instead, a blending of the rainbow colours is the need of the hour.

It takes a master to blend colours and bring out the most effective picture. Hasty, clever manipulation of prevailing sentiment by amateur performers will come to grief, so the unity project is best left to the artistes of the game of possibility. To use the cricket analogy, spin, pace, batting, fielding will be necessary for the team but it takes a wise captain to turn it into a victorious combination.