An Open Letter to Rahul Gandhi: Does the Spirit of Bharat Jodo Yatra Not Apply in Chhattisgarh?

'The adivasis of Bastar are also part of Bharat. There are many serious concerns regarding their fundamental rights, which await your attention.' 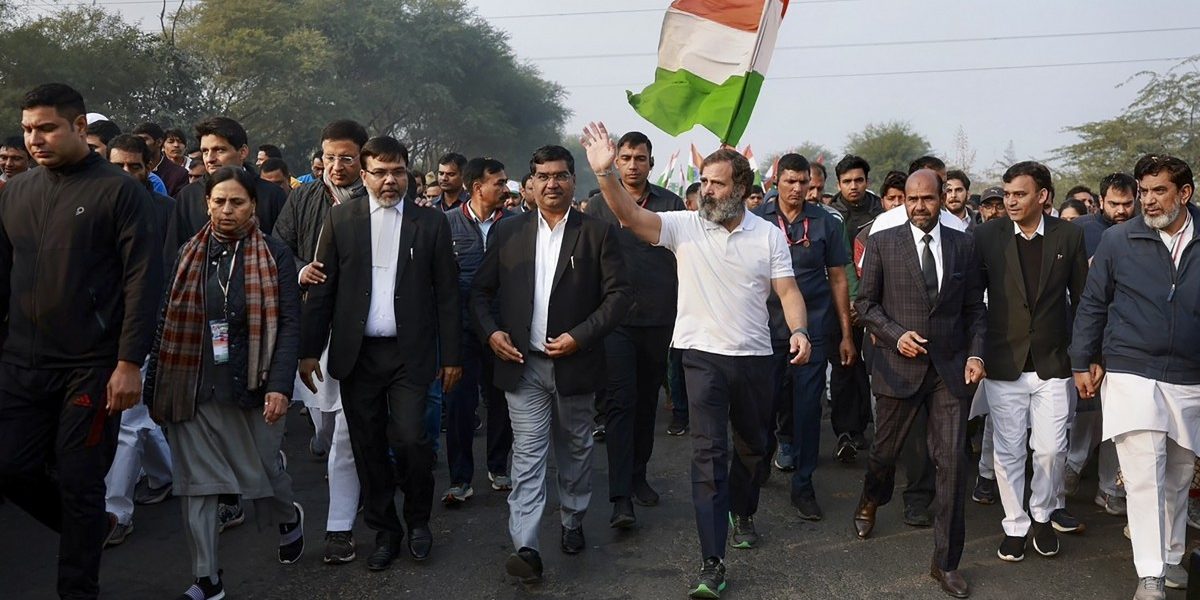 First, I would like to congratulate you as you complete what has so far been a very successful yatra. The message of love, unity and harmony that the yatra is centred around is a singularly important one in India today. Several friends who have participated in the yatra have also praised your personal stamina and commitment. I trust that this will be the beginning of a productive 2023 in which the Congress can recover some of the past principles it stood for during the freedom struggle, and which are embodied in the Preamble to the constitution.

I would have liked to join the yatra. However, the attitude of the Congress government in Chhattisgarh towards peaceful yatras and dharnas by other parties and organisations has been so atrocious that it would seem like betrayal or hypocrisy for anyone concerned with Chhattisgarh to do so. One wonders whether the messaging and spirit of the Bharat Jodo Yatra stops at the boundaries of the state of Chhattisgarh.

In September 2022, the Congress government refused the Communist Party of India permission to take out a padayatra from Silger to Sukma, a mere 108 kilometres through one district. This was the second time the yatra was refused permission. The district administration allowed a rally at Sukma from 12-4 pm on the condition that only people within the city municipality limits would take part, which would also have excluded the organisers who live in villages outside the city. The yatra eventually went ahead because people decided they would not be stopped from asserting their fundamental right to freedom of movement, but this was no thanks to the Congress government.

The yatra was meant to bring public attention to the local anger over security camps. In 2022 alone, the state government has set up 18 new security camps. This is in addition to the camps that already existed. There are now camps every 2-3 km and the whole of Bastar division has become one large cantonment. Many of these camps come up overnight, on land that villagers have been cultivating for years, and involve the destruction of forests. The presence of the security forces makes women uncomfortable as they go about their everyday activities in the forest, including bathing, etc. The camps are a severe cause of disturbance to the local peace and security. The villagers are never asked if they want camps, as is mandatory under the Panchayat (Extension to Scheduled Areas) [PESA] Act.

The Silger to Sukma yatra was important because, since May 2021, villagers have been protesting against a camp that came up at Silger village. Four unarmed Adivasis were killed by the CRPF, but there has been no compensation and no prosecution.

Since then, across the region, dharnas have sprung up against these camps. At last count, there were some 13-14 such peaceful protests, several of which have been going on for more than a year. They are led by Adivasi youth united under the banner of the Moolvasi Bachao Manch.

You and others in your yatra rightfully supported the Punjab farmers in their year-long protest against the farm laws. The Bastar youth are no less peaceful and constitutional. They are also as organised as the Punjab farmers, but with practically no money and no outside support. In Burji, where people had been protesting since October 8, 2021, the young women who ran the camp showed me the vegetable patch they had been cultivating, and the chickens and the pigs they were rearing. This year, they had also grown 40 quintals of rice on land that the villagers had kept aside for them. The Moolvasi members rotate between camps, helping out on their family fields. Work is divided among them – mess, communications, song and dance team, etc. These are the 21st century youngsters who type up press releases and posters on their phones and print them out on printers powered by solar energy.

Even if we assume, as the government reflexively does, that these are all fronts of the Maoists, isn’t it a victory for the constitution that the youngsters in these movements engage with their elected representatives and invoke PESA? One of their ambitions is to start a ‘constitution school’ to teach the villagers about their rights.

Yet, rather than applauding these brave youngsters, the police have repeatedly attacked them. On the night of December 9, a camp forcibly came up at Vechapal. On December 15 and 16, the police beat up the Burji protesters and destroyed the stocks of rice and all the other camp materials they had so carefully and painfully gathered. Again, as of a few days ago, there are reports of women being assaulted in Pusnar.

In January 2023, after the police and District Reserve Guard attacked Kunded village – where people were protesting against yet another camp coming up – the police prevented CPI leader Manish Kunjam and others from visiting the village. The Congress government in the state is behaving exactly like the BJP government. In 2011, the then BJP government stopped Congress MLA Kawasi Lakhma and others from reaching Tadmetla village after it had been burned.

I am writing this letter to you because, in a press conference in Punjab, you promised that after the yatra ended, you would personally visit Chhattisgarh and see its problems for yourself.

The Adivasis of Bastar are also part of Bharat. There are many serious concerns regarding their fundamental rights, which await your attention. I look forward to your intervention.

With best wishes for a successful end to the Bharat Jodo Yatra.