One BJP MP Supports Convicted Rapist, Others Muddy the Water

"Who is right? Crores of people who see god in Ram Rahim or that girl who filed a complaint?" 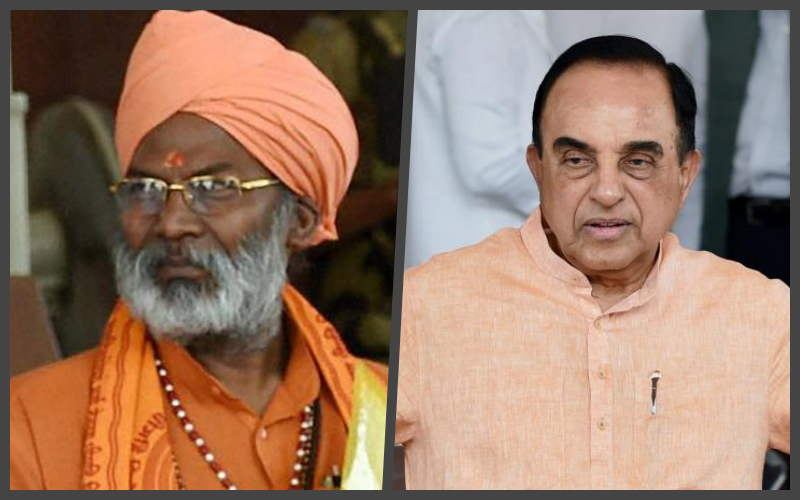 New Delhi: After Dera Sacha Sauda chief Gurmeet Ram Rahim Singh was convicted of rape and his followers wrecked havoc in parts of Punjab, Haryana and Delhi – leading to the death of at least 30 people – several BJP leaders were left in an awkward position. Several Haryana BJP leaders had gone to pay their respects to the Sirsa-based Dera chief after the elections in 2014.

BJP MP Sakshi Maharaj invited intense backlash by openly supporting Singh and suggesting that the rape survivor should not be believed. “Who is right? Crores of people who see god in Ram Rahim or that girl who filed a complaint? Accusing a noble soul like Ram Rahim,” the Hindutva leader, who the Election Commission has pulled up before for making inflammatory comments. He had also said before that

“There is so much of ruckus over it, law and order has been disturbed, people are dying… Shouldn’t this be a consideration,” he added. “Can the Supreme Court or High Court call the Shahi Imam (head) of Jama Masjid in this manner? He is also wanted in many cases… Is he their relative? Ram Rahim is a simple man so he is being harassed,” Maharaj said, according to News18.

According to the Times of India, other members of the ruling party tried to distance themselves from his comments. “The party does not agree with what Sakshi Maharaj has said… we strongly condemn the violence and have full respect for the judicial system of the country,” the newspaper quoted senior party Kailash Vijayvargiya – who has been a prominent supporter of Gurmeet Ram Rahim Singh – as saying.

Even as Haryana was reeling under the violence of the baba’s rioting supporters,  BJP leader and Rajya Sabha MP Subramanian Swamy tweeted that there was “a new threat to Sadhus: Politicians and ashramites wanting to grab Ashram wealth by sending the Swamijis to jail”. He named no one but the similarity between the imaginary scenario he presented and parts of Ram Rahim Singh’s case was unmitakable:

A new threat to Sadhus: Politicians& ashramites wanting to grab Ashram wealth by sending the Swamijis to jail. Sadhus must groom successors

Swamy, who has explicitly backed at least one other godman accused of rape, Asaram Bapu, later accused the Congress of distorting his general warning to mean he was backing “Ravan Rahim”. On Saturday,  he took to Twitter again to repeat his claim that “every Virat Hindu” was under threat from “false cases”, naming the Shankaracharya, Baba Ramdev and Sri Sri Ravi Shankar.

Kanchi Shankaracharya murder case, false cases against Baba Ramdev, Sri Sri, and the media cacophony to frame every virat Hindu is a threat

Union minister Smriti Irani told the TV channels to refrain from “causing panic, distress and undue fear”, an unusual piece of advice given that journalists were being attacked by the mobs.

Ten minutes later,  she tweeted her condemnation of the the attack on media and the damage to property but did not say anything about the deaths:

Attack on media, damage to property condemnable. Appeal to all to maintain peace.

According to the Indian Express, an estimated 19 of 47 BJP MLAs went to meet Singh after the 2014 elections, including Haryana BJP chief Subhash Barala. Others who met him included Krishan Lal Panwar, Krishan Bedi, Nayab Saini and Manish Grover, all now ministers in the Haryana government.

When asked by the Indian Express if the government could have averted yesterday’s violence and rioting, assembly speaker Kanwar Pal Gujjar said, “We are not the only ones who go to these Deras. Other political leaders also go. As politicians, we go to meet many people; how do we know that anyone of them would later be proved guilty of wrongdoing? Like Guru ji said that he would honour the law, others should also respect it. There are options of approaching higher courts. Violence is not the answer to anything. The Dera followers should maintain peace.”

Others politicians, including from the Congress and the Indian Lok Dal, have also visited Dera ashrams. However, in 2014 Dera Sacha Sauda openly announced their support for the BJP.

In addition to visits, the government has also extended monetary support to Dera Sacha Sauda projects. The Manohar Lal Khattar government had announced a six-month tax exemption on a movie featuring Singh. Haryana health and sports minister Anil Vij donated Rs 50 lakh from his discretionary fund to the Dera Sacha Sauda for promoting rural games in 2016. More recently, education minister Ram Bilas Sharma met Singh and announced that Rs 51 lakh from his discretionary fund would go towards the sports village being developed by the Dera.