The hashtag has, by now, developed into a tradition of sorts. 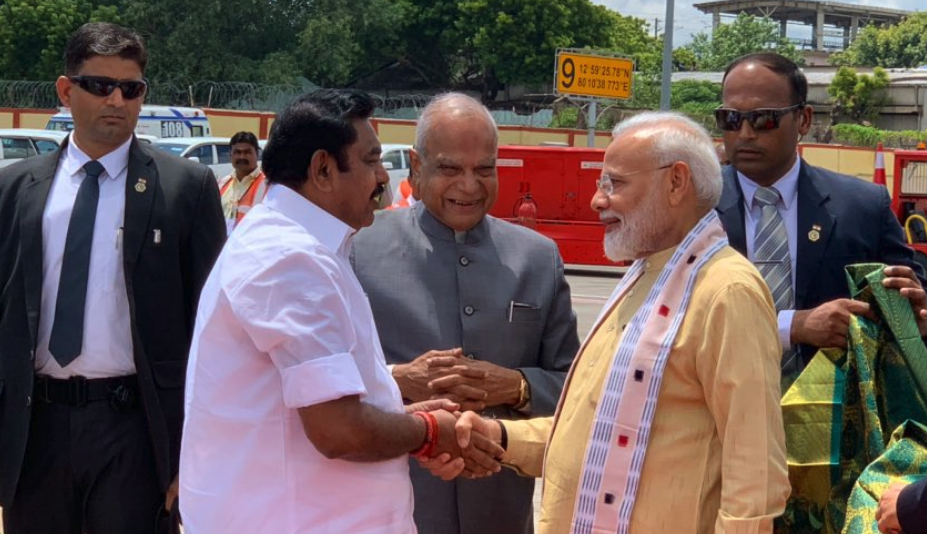 New Delhi: Each time Prime Minister Narendra Modi travels to Tamil Nadu, the strange forces of the internet combine to get a particular hashtag trending. Unfortunately for Modi, it is #GoBackModi.

This time, as the prime minister travelled to the state for day one of an informal meet with Chinese president Xi Jinping on Friday, the selfsame hashtag was back. Also seen was #GoBackSadistModi.

Both hashtags have remained top Indian trends through the day.

A screenshot of the trending hashtags bar on Twitter, taken at around 4 pm on Friday.

By now, this is a digital phenomenon Twitterati is well accustomed to. A few days ago, on September 30, when Modi travelled to the Indian Institute of Technology in Madras for the institution’s 56th annual convocation, the same hashtag trended.

In her article for The Wire on the recurring hashtag, Kavitha Muralidharan had written in March that the tradition first made its way to Twitter in April, 2018. Back then, Modi had visited Tamil Nadu to inaugurate the defence expo. The day also saw widespread offline protests, with several black flag and black balloon demonstrations against the Centre’s delay in forming a Cauvery water management authority.

“The #GobackModi hashtag trended again on January 27 this year, when Modi was in Madurai to lay the foundation for the AIIMS. Again on February 10, when Modi came to Tiruppur, it trended on Twitter,” Muralidharan writes.

Most notably, in March this year, the hashtag trended on the same day that captured Air Force pilot Abhinandan Varthaman was welcomed back with a hashtag of his own. Modi, who was visiting Kanyakumari to launch projects, was met with a #GoBackModi amidst all the #WelcomeHomeAbhinandan greetings.

BJP, which has a rather strong IT cell capable of trending hashtags across the country, has alleged that this hashtag is the work of the DMK IT wing.

Reaction to Friday’s trending hashtag varied across the spectrum of political affiliation. A news channel has labelled it ‘a conspiracy by Pakistan’, even though it is uncertain as to how Pakistan would gain from getting such a hashtag trending.

Because there are Indian Muslims using the hashtag #GoBackModi, Bootlickendra Chaubey thinks it’s a conspiracy from Pakistan.

The future of our society is certainly in doldrums when we have bigots like him occupying high offices in media. Criticise the PM and you’re a Pakistani https://t.co/JIIXZ9AMp2

Day by day my love towards Tamilians is increasing. They are persistent, they stand as a group when they see anything that is against Tamilians, they (Periyar) are the only reason why South Indian languages and its culture exist today.Finally they never missed to say #GoBackModi pic.twitter.com/L61T8kzFOs

Thanks @sardesairajdeep for contributing to #GoBackModi trend,it definitely helps boost it. PM can come here for any reason,we as state reject it & this is democracy,we have right to dissent. It is not political,every tamil sitting in chennai or New York or anywhere will trend it https://t.co/XpcyclhF6n