On Finance Commission Allocations, Modi Is So Far off the Mark, It Isn't Even Funny

That Modi chose an event, organised partly in honour of the late Jayalalithaa, to praise the 14th Finance Commission allocations shows how little he cares about the fiscal autonomy of states. 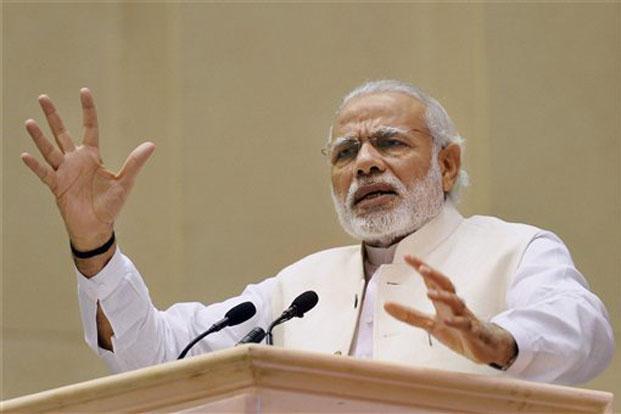 Prime Minister Narendra Modi inaugurated Tamil Nadu government’s scooter scheme for women in Chennai on February 24. As is customary, he made a little speech. And in it he declared:

That’s a strange thing for a prime minister to say. A bit like Donald Trump, having decided to double down on something, hollering, “fake news.”

Firstly, the prime minister isn’t clear which year(s) he’s referring to. A quick look at the statement of financial accounts for Tamil Nadu from 1988 to 2015 does not clarify, either. Whenever a politician makes a claim based on data that’s not easy to crosscheck, it’s at best badly presented.

So to use absolute numbers when the entire basis of calculation has been changed is to insult the numeric literacy of Tamil voters; it’s not as if voters don’t know the concept of a denominator. What is odd is that the 14th Finance Commission, which recommended the increase in the states’ share of the divisible pool of taxes, was constituted by the very government Prime Minister Modi has sought to deride: the Congress-led UPA government. Why would he claim credit where none is due?

His party or his government had nothing to do with constituting the 14th Finance Commission and its recommendations hurt Tamil Nadu. He’s so off, he’s not even wrong.

Surely the prime minister is aware of the contents of a memorandum that a powerful chief minister personally handed over to him in her official capacity. So he can’t even plead ignorance on how the 14th Finance Commission’s allocation ratio was unfair to Tamil Nadu.

The unfairness of the central government’s allocation formula was in the AIADMK poll manifesto ahead of the 2014 general elections. The AIADMK, still the party in power in Tamil Nadu, is now organising a function in memory of its late leader, only to be lectured by the prime minister on how the 14th Finance Commission was a great thing for the state. Jayalalithaa must be spinning under that memorial in the Marina.

The address by Modi, though, seems like a scripted attempt by the BJP, if similar speeches of party leaders in other southern states are any indication. Amit Shah, the BJP’s president, cited the absolute numbers for Karnataka in a similar vein when he was addressing a political rally there. Someone in the BJP who writes these speeches for the party president and the prime minister has either decided voters don’t know long division or doesn’t know it himself or herself.

The real problem with these assertions by the BJP, apart from them being innumerate and misleading and having nothing to do with the party, is that it makes it appear as if the central government is “giving” money to states. As if India were an empire and not a federal union. This line of thinking at the top levels of central government is what makes state governments frustrated. After all, both Tamil Nadu and Karnataka pay a lot more tax than they receive as allocation. And this ratio may worsen further for them under the terms of reference of the 15th Finance Commission.

M.K. Stalin, Dravida Munnetra Kazhagam’s working president, is the only politician from Tamil Nadu to have raised this issue in any serious way. Predictably, that garnered little or no coverage from the media which has been enamoured by the entry of film stars into the political arena in the state. Both Rajinikanth and Kamal Haasan haven’t really spoken much on the complicated trade-off that’d be involved in balancing the demographic divergence between north and south India.

Seeman, a self-declared Tamil nationalist, oddly, hasn’t joined the issue either. It’s worth noting that all new entrants to Tamil politics, from Modi to Rajinikanth to Seeman to Kamal Haasan, have all assumed that the Tamil voter is too naive to follow allocation ratios and the calculations involved. While both Jayalalithaa, when she was still alive, and Stalin now, have actually thought it worthwhile an issue. Maybe there’s a reason why established politicians do better than new entrants: they respect their electorate.

If anything, politicians should be making speeches on how India’s demographic divergence is making allocation ratios a significant policy problem. One where balancing per capita allocation and respecting the fiscal autonomy of the states is becoming an increasingly impossible task. Maybe if they appeal to the magnanimity and compassion of citizens in southern India, they’d play nice in return. Instead, this tone of “we gave you more money” that the prime minister spoke in is bound to insult their sense of political dignity.