In power for over two decades, the Biju Janata Dal has broken records this time, riding on a meticulous campaign. 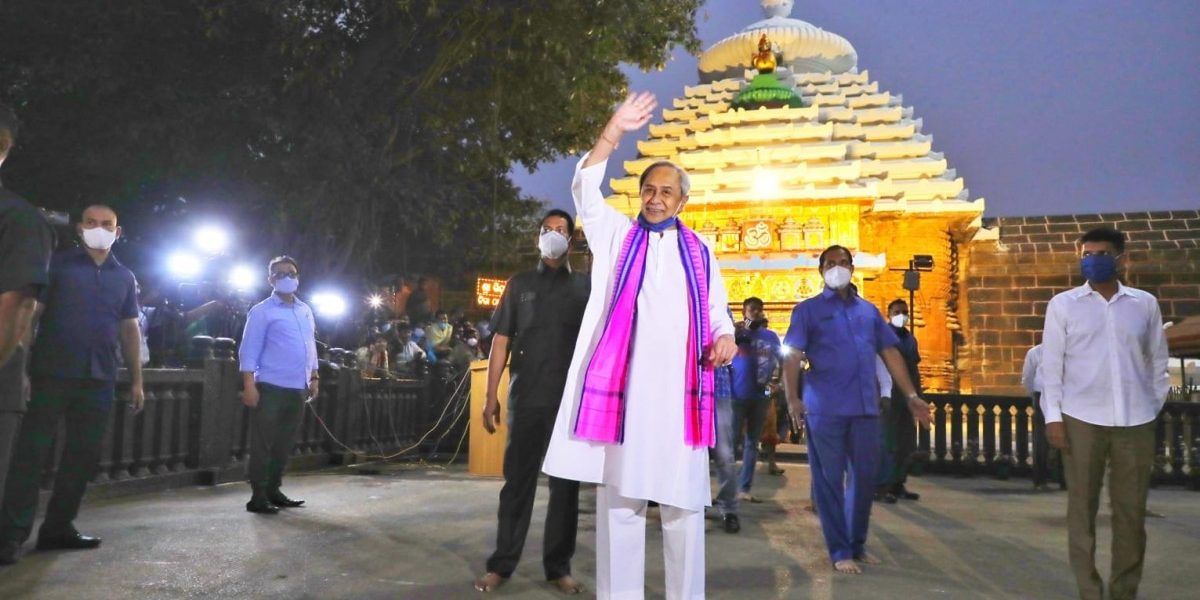 In power for the last 21 years, the BJD has re-asserted its supremacy with a record-breaking victory in the just-concluded panchayat elections in the state.

The rural polls were seen as a kind of dress rehearsal for the general elections of 2024 and the opposition had sought to turn it into a virtual referendum on the performance of the Patnaik government. The results reflect complete dominance of BJD which has claimed 766 out of the 852 zila parishad seats that went to polls, an all-time record.

While the Bharatiya Janata Party, the main opposition party which had won 297 zila parishad seats in 2017 elections, came a distant second with 42 seats, Congress was relegated to the third position with 37 seats. Independents accounted for three zila parishad seats while four were won by the nominees of other parties.

The BJD’s clean sweep of Deogarh and Jharsuguda is significant as the opposition had formed zila parishads in these districts in the wake of 2017 panchayat polls. While Deogarh had gone to BJP, Jharsuguda had been claimed by Congress. In those elections as many as 10 zila parishads – Balangir, Bargarh, Deogarh, Gajapati, Kalahandi, Mayurbhanj, Sambalpur, Sonepur (all BJP), and Rayagada and Jharsuguda (both Congress) – had been claimed by the opposition.

But this time the opposition stands completely decimated. Embarrassment has been acute for the BJP which was trying to project itself as the alternative to the ruling BJD in the state.

BJP Odisha leaders at a press conference after the panchayat election results were announced. Photo: Twitter/@bjp4odisha

The spectacular victory of BJD comes as a big morale booster for the party which is already gearing up for the general elections of 2024.

In the last panchayat elections the party had won 476 zila parishad seats and emerged at the top but its performance was far below its 2012 tally of 651 seats. This was mainly on account of a surge in BJP’s zila parishad seats which went up from a mere 36 in 2012 to  297 in 2017. The saffron party, which had done particularly well in 2017 in western and northern Odisha including Mayurbhanj district, had taken advantage of a sharp decline in the fortunes of Congress whose zila parishad tally had gone down to 60 from 126 in 2012.

BJD’s victory is the outcome of meticulous planning and the incredible popularity of Patnaik who is into his fifth term as the chief minister of the state.

“There is no denying that he is the tallest political leader in the state with an immaculate public image. People love him. This was the most important factor contributing to our victory. Our election management, too, was meticulous right upto the booth level. The opposition just could not match us,” said former minister and BJD veteran Rabi Narayan Nanda.

Having learnt from the experience of 2017 panchayat polls when the party had conceded a lot of ground to the BJP in western and northern Odisha, BJD strategists this time worked extra hard to win the support of people in these areas through mass connect programmes where state government’s schemes and policies were also highlighted. The strategy has paid dividends. 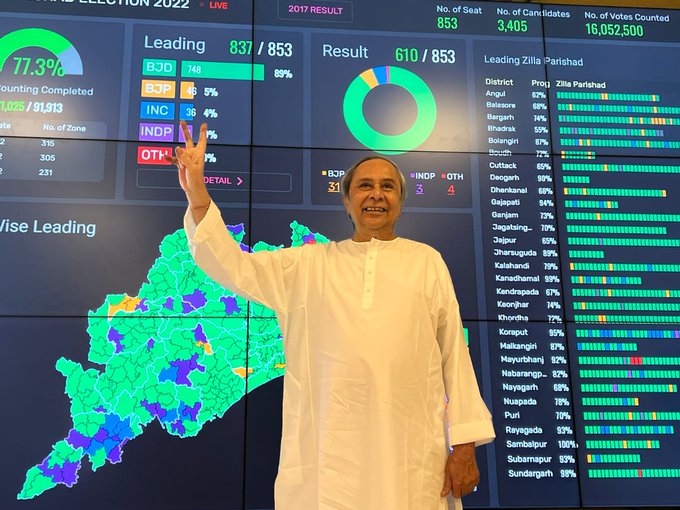 ‘Ahead of the elections, Patnaik had not only toured most of the districts but also come out with a string of important pro-people announcements’. Photo: Twitter/@bjd_odisha

The BJD had a head start over its two main rivals in terms of preparations for the rural polls too.

Ahead of the elections, Patnaik had not only toured most of the districts but also come out with a string of important pro-people announcements including livelihood assistance of Rs 1,000 each for Biju Swasthya Kalyan Yojana (BSKY) cardholders with special focus on the COVID-hit poor, monetary assistance for the beneficiaries of the National Food Security Act (NFSA) and State Food Security Scheme (SFSS) and a whopping Rs 1,444 crore package for repair of the damaged houses of people living in the rural areas.

The government had also extended help to members of women’s self-help groups (SHGs) being sponsored by the Mission Shakti department. The role of these women collectives, which have more than 70 lakh members, has been diversified over the years with the government assigning them new responsibilities like cooking and distribution of mid-day meals in schools and collection of monthly drinking water charges from households in cities such as Bhubaneswar. “The empowerment of women in this way is also a clever political strategy. It has turned women, especially women in the rural belt, into faithful voters of the ruling party,” said political analyst Shashi Kant Mishra.

Patnaik’s pro-poor initiatives, such as distribution of rice at Re 1 per kg to families below poverty line and catering meals to the poor at Aahar centres for just Rs 5 have also contributed significantly to the rise in his popularity. The ruling party has worked assiduously on publicising these schemes and building up favourable public opinion through them.

Senior BJP leader and former MLA Pradip Purohit admitted that the ruling party had taken full advantage of government schemes to win popular support. “There  is no denying that performance of BJP has been below par. But perhaps we became a bit complacent. Our strategy was not right and we did little else except distributing tickets to candidates to win the elections. We should have been more serious and put senior leaders in charge of districts,” said Purohit, adding that there was no dearth of issues against the government but his party could not capitalise on them.

“There was a lot of resentment against the government on various issues including the problems being faced by farmers in selling their paddy but we failed to convert this anger into votes for our party,” conceded the leader who felt that the panchayat debacle would have a demoralising impact on the BJP cadre and may hit his party’s preparations for the bigger battle in 2024.

Former Congress MLA Lalatendu Mohapatra who campaigned for his party in coastal Odisha, admitted to the advantage of the BJD on the resource front.

“They had everything, men, money and also official machinery. The popularity of the chief minister was an added advantage. We just could not match them,” said the leader, as his party tried to fathom the reasons for the sharp decline in its fortunes in the state and the phenomenal rise of BJD, the most successful regional party in the history of Odisha.