BJD, which had supported BJP on key legislations earlier, has now begun to strike a rather different chord. 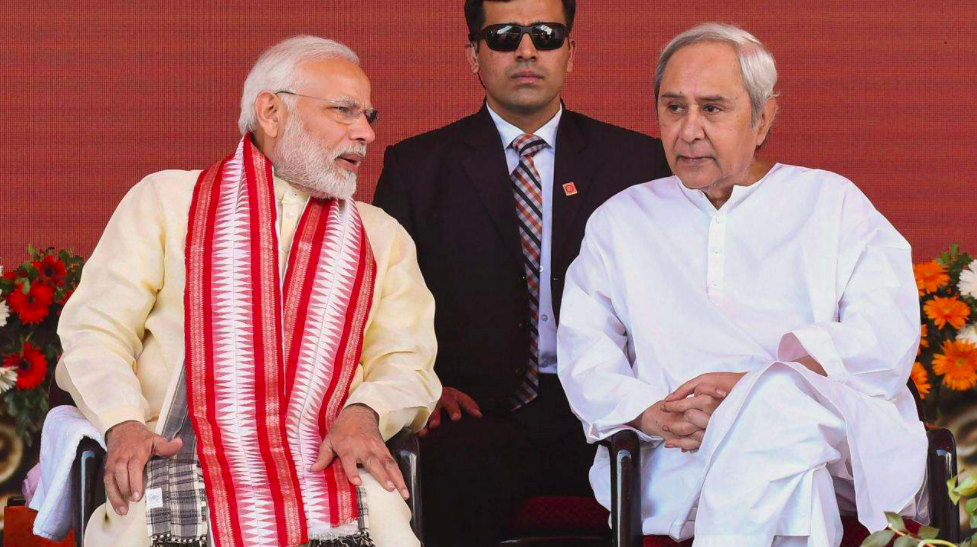 Bhubaneswar: The bonhomie that marked the relations between the Naveen Patnaik-led Biju Janata Dal (BJD) and the Bhartiya Janata Party (BJP) in the months following the announcement of 2019 election results, seems to have evaporated with both the parties now gearing up to face each other in the crucial panchayat polls due early next year.

Preparations for the upcoming battle have begun in earnest at both camps, with the chief minister recently making crucial organisational changes in the BJD with the appointment of new district observers. BJP, now the main opposition party in the state, firmed up its poll strategy at a high-level meeting in Bhubaneswar attended by party’s national secretary Tarun Chugh.

What is more important, however, is the change in the attitude of these parties towards each other within a matter of months.

Though BJD and BJP had contested the 2019 elections as bitter rivals the equations between chief minister Naveen Patnaik and Prime Minister Narendra Modi were surprisingly friendly in the wake of announcement of results that saw Patnaik winning a record fifth term in office with 112 assembly seats (the number has now gone up to 114).

BJP emerged as the main opposition party with 23 seats. The saffron party also won eight out of the 21 Lok Sabha seats in the state while 12 seats were bagged by BJD.

The BJD supported the Modi government, which lacked a majority in the Rajya Sabha (Naveen’s party has nine members in the Upper House) , in getting some crucial bills passed in the parliament. It went with the NDA government on the issue of  controversial dilution of Article 370, the triple talaq bill and the Citizenship Amendment Bill.

The last one generated a lot of resentment among the members of the Muslim community in the state, forcing the five-time chief minister, who banks a lot on minority votes, to mount a quick damage control exercise. He met a delegation of Muslim leaders and assured them about his commitment to protecting the interests of the community.

All these moves of the BJD, Odisha’s most successful regional party till date, had raised eyebrows because the party had all along been following an avowed policy of  maintaining  “equidistance” from BJP and Congress.

These, however, were not the first instances of deviation from that policy. Patnaik’s party had earlier supported the candidature of Ram Nath Kovind in the presidential election of 2017 and also helped the saffron cause by staging a convenient walk-out in the Lok Sabha ahead of a no-confidence vote against Modi government in 2018.

Patnaik was also among the few chief ministers to welcome demonetisation when it was facing flak across the country.

The cash-strapped BJD government in the state reaped the dividends of the party’s pro-Centre stand with Odisha receiving Rs 3,338.22 crore as assistance for rehabilitation and restoration work in the wake of cyclone Fani that hit the state coast in the first week of May, 2019 even before the new government could be sworn in.

But this phase of bonhomie between BJD and BJP came to an end with growing realisation within Patnaik’s party that this could in the long run weaken its position in the state. Keenly aware that the saffron party could take advantage of BJD’s friendly attitude towards it in the panchayat polls to be held early next year the party has decided to change tack.

Its refusal to back the controversial farm laws in the parliament signalled the end of its friendship with the BJP on the one hand and the beginning of a bitter rivalry between the two parties in the state on the other.

“This was bound to happen as BJP has been growing in confidence in the state after emerging as the main opposition party with 23 assembly seats. It’s showing in the 2017 panchayat elections when it improved its zila parishad tally to 297 from a mere 36 in 2012 was also a cause of concern for the BJD leadership. So Patnaik’s party could not afford to take BJP lightly ahead of the upcoming panchayat elections,” said Congress veteran, Dr. Lalatendu Mohapatra.

The BJD has not only stoutly refused to back the Centre on the controversial farm laws but has also rubbed salt in its wounds by demanding a hike in the minimum support price (MSP) of farm produce, especially paddy which happens to be Odisha’s main crop. The party has sought implementation of Swaminathan Committee recommendations with regard to MSP with the price of paddy per quintal to be fixed at Rs 2,930.

The BJD activists also staged a demonstration at the regional office of Food Corporation of India (FCI) recently while party MPs met union food minister Piyush Goyal demanding release of state’s pending food subsidy by the Centre and lifting of surplus rice from the state by the FCI.

The BJP hit back accusing the BJD of resorting to agitational tactics to divert public attention from the issue of terrible mismanagement of state-run “mandis” where hundreds of quintals of paddy was still lying unsold. State BJP Krushak Morcha president, Pradeep Purohit said, “The government run by Naveen Patnaik has failed the farmers in all respects. But they are now trying to hide their failures and pose as the champion of farmers’ cause with an eye on the upcoming panchayat elections. They are unlikely to succeed.”

Former minister and senior BJD leader Rabi Narayan Nanda, however, finds no contradiction between his party’s support to the BJP-led NDA government on issues such as triple talaq and Citizenship Amendment Bill (now an Act) and its opposition to the controversial farm laws of the Centre.

“Our stand on all these issues was  decided by our reading of people’s sentiments. Our decisions have always reflected the will of the people. Since farm bills were opposed by a vast majority of farmers, we could not have supported them,” said Nanda.

The two parties are also locking horns over a number of other issues in the state. On May 21 when a mass free COVID-19 vaccination drive was launched across the state BJP workers staged protests at some vaccination centres accusing the BJD of trying to hijack the programme by putting up only the posters of chief minister Naveen Patnaik at these centres. They also tore up some of these posters.

The party has also accused the BJD of trying to take credit for the Pradhan Mantri Awas Yojana-Gramin (PMAY-G) by putting Biju Pucca Ghar Yojna (BPGY) logo on the houses granted under the central scheme.

While BJD leaders have sought to justify the move saying that state was also contributing to the scheme Union rural development secretary Nagendra Nath Sinha wrote to the state recently clarifying that the “minimum” contribution being made by the state government did not entitle it to use any other logo except PMAY-G for the scheme.

“This is not the only instance of the BJD government trying to take advantage of central schemes. They have done it on many occasions in the past. But we are determined to expose them,” said state BJP general secretary Bhrigu Buxipatra adding that BJD’s support to the NDA government in the wake 2019 elections was its own decision.

“They must have had their own reasons for doing so. We did not ask for their support. As far as state BJP is concerned it continues to treat the BJD as its rival. Our fight against them will continue,” added Buxipatra.