As Odisha Gets a Bigger Share In Modi Government, BJP Sets Eyes on 2024 Assembly Elections

What is significant is that all the three ministers – Dharmendra Pradhan, Ashwini Vaishnav and Bishweswar Tudu, with two of them being first timers – have been allotted important portfolios.

Bhubaneswar: With the inclusion of three ministers from Odisha in Narendra Modi’s expansion of the Union Cabinet makes it evident that the BJP is attaching special importance to the state where it is now the main opposition party. The saffron party dislodged the Congress from that position in the last elections. The BJP’s Lok Sabha tally rose significantly in the state in 2019, going up to eight from just one seat in 2014.

The BJP in Odisha is still far behind the Naveen Patnaik-led Biju Janata Dal (BJD), which enjoys a brute majority in the 147-strong state assembly with as many as 114 seats and also has 12 members in the Lok Sabha. However, Odisha getting more seats in the Union ministry shows that the saffron party fancies its chances in the state in 2024 and has begun preparations accordingly. The inclusion of three leaders from Odisha — Dharmendra Pradhan, Ashwini Vaishnav and Bishweswar Tudu — in the Modi ministry is a clear indication that the BJP is setting the state for the assembly elections. What is significant is that all the three ministers, including first timers Vaishnav and Tudu, have been allotted important portfolios.

Pradhan, who was in charge of petroleum and natural gas and steel ministries in the previous cabinet, has been given both the education ministry and the ministry of skill development and entrepreneurship. Vaishnav, a former bureaucrat with plenty of experience in the corporate world as well, has bagged the plum portfolios of railways, communications and electronics and information and technology. Similarly, Tudu, a tribal leader from Mayurbhanj, is the new minister of state for tribal affairs as well as Jal Shakti.

The portfolio of railways is the most important of all, considering that Odisha, which had two ministers of state for railways in the past, Kanhu Charan Lenka and Bhakta Charan Das, has been cribbing about neglect for a long time. Expectations will be high on Vaishnav, a former Odisha cadre IAS officer, to deliver. 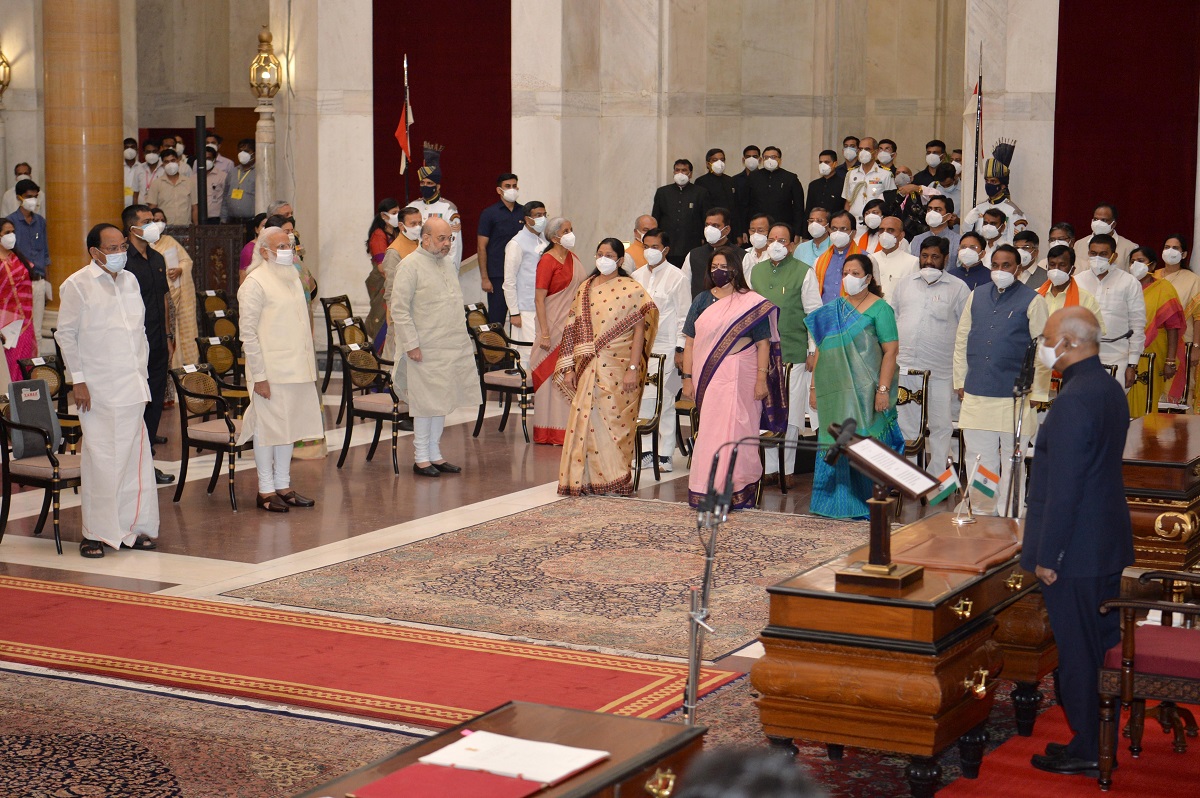 State BJP leaders are elated. “We could not have asked for more. While the number of ministers from Odisha in the Union government has gone up, it is equally significant that they all have got important portfolios. Expectations from them will, no doubt, be high but we are sure they will prove themselves up to it. This will also boost our preparations for 2024 elections, raising the morale of our leaders and workers,” said senior BJP leader Lekhashree Samantsinghar.

Former state BJP youth wing president, Tankadhar Tripathy, went a step further. “Prime Minister Narendra Modi has always attached a lot of importance to Odisha. He has described it as the gateway to eastern India. The growth of the eastern part of the country is not possible without the rise of Odisha. This is why he has accommodated three leaders from the state in his ministry. We are fully geared up for the 2024 battle which we are sure to win,” averred the leader.

The confidence of these leaders stems from the performance of BJP in the state in the last panchayat elections followed by a good show in the general elections of 2019. Though the BJD won the 2017 panchayat elections, its zila parishad tally came down significantly. The BJP made serious inroads into many of the ruling party’s citadels. The Naveen Patnaik-led party, which had won as many as 651 zila parishad seats in 2012, was reduced to 473 seats five years later. On the other hand, BJP’s zila parishad seats grew from a mere 36 in 2012 to 297 in 2017. In tribal-dominated Mayurbhanj, the district that Tudu hails from, it was almost a clean sweep for the saffron party, bagging ten of the 12 seats at stake.

Rise in BJP’s vote-share in Odisha

The BJP in the 2019 elections bagged eight of the 21 Lok Sabha seats in the state and increased its assembly seat tally to 23 from ten. While the vote share of the party in the assembly elections went up from 18.2% in 2014 to 32.5% in 2019, it increased from 21.9% to 38.4% in the Lok Sabha. Though the decline of the Congress, which could manage just nine assembly seats and one Lok Sabha seat in 2019, was a major factor behind the rise in the BJP’s vote-share, there is no denying the overall growth of the party and the confidence of its leaders. Even though they failed to achieve the lofty target of 120 assembly seats set for them by the then party president Amit Shah, they were successful in replacing the Congress as the main opposition party in the state.

“They are moving systematically, setting goals for themselves and trying their best to achieve them. There is no doubt that they have a clear-cut strategy for 2024 and inclusion of three Odisha leaders in the Modi ministry is a part of that,” said political analyst Shashi Kant Mishra.

State BJD leaders, however, dismiss any possibility of the BJP making a dent in their vote-bank, let alone forming government in the state. “Expansion of the Union ministry is nothing but an attempt to divert public attention from the failures of the Modi government on various fronts. Be it COVID-19 management or keeping the country’s economy on an even keel, the government at the Centre has failed miserably,” said senior BJD leader and former minister Rabi Narayan Nanda.

Though the leader welcomed the inclusion of three ministers from Odisha in the Modi government, he felt they won’t be able to meet the expectations of people before the next elections. “Expectations will be high but there is not much time. They will end up disappointing people and there is bound to be a backlash against them in the next elections. The question of BJP making a dent in the BJD’s vote-bank does not arise,” said Nanda.

On the other hand, Modi’s cabinet reshuffle is also likely to change power equations within the state BJP unit, which has witnessed factionalism for a long time. Party insiders say that while the increase in leaders from Odisha in the Union cabinet has been hailed by state leaders, the exercise has also caused a lot of heartburn. The supporters of Bhubaneswar MP and former IAS officer Aparajita Sarangi are said to be unhappy at her non-inclusion, as she was considered to be a strong contender for a berth.

Aparajita, who had won the Bhubaneswar seat against all odds, defeating former Mumbai police commissioner Arup Patnaik, congratulated the new ministers from Odisha, including her own IAS batchmate Ashwini Vaishnav. Her followers are said to be crestfallen. “She is the most visible face of the BJP from Odisha and also happens to be the national spokesperson of the party. Unlike many other party leaders, she has no hesitation in taking on the Naveen Patnaik government on issues of importance. She is also hard working. She would have been an asset for the prime minister,” said one of her supporters.

On the other hand, BJD leaders are more than happy that the prime minister has chosen to include Vaishnav – who was elected to the Rajya Sabha in 2019 from Odisha with the BJD’s support, after Modi’s special request to the chief minister – instead of Aparajita. Unlike the Bhubaneswar MP, who has been extremely vocal against the state government, Vaishnav has always maintained a low profile and cautiously refrained from attacking the chief minister or his government. “It is much easier to deal with him,” quipped a BJD leader who did not wish to be named.