After Four Terms, Odisha's BJD Is Battling Anti-Incumbency for the First Time

Growing anger among farmers, water problems and the government’s failure to streamline the healthcare system will likely impact the party’s prospects. 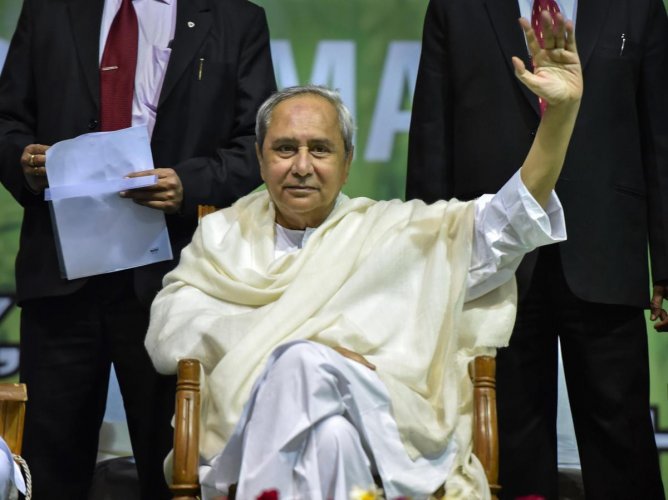 Bhawanipatna/Koraput/Nabrangpur/Berhampur: Having won four consecutive elections, Odisha chief minister and Biju Janata Dal (BJD) president Naveen Patnaik has come to be seen as the shining example of a leader who has in the past turned anti-incumbency on its head.

But from all appearances, this election could be the most difficult of his entire political career with signs of anti-incumbency emerging for the first time. It will be a major factor in deciding the fate of the contests in nearly all the four Lok Sabha constituencies – Berhampur, Koraput, Nabarangpur and Kalahandi – going to the polls in the first phase on April 11.

However, the reason BJD continues to breathe easy in Berhampur despite growing anger among farmers is that the Congress has shot itself in the foot by fielding a rookie in the constituency – V. Chandra Sekhar Naidu, a Delhi-based energy sector entrepreneur who cannot speak a word of Odia.

Naidu, who speaks Hindi, English and Telugu, his mother tongue, claims to have ancestral links with the region. He seems to be banking on the support of nearly 30% Telugu-speaking voters of the constituency, which was a Congress bastion for 40 years starting 1957. The seat was considered so safe for the party that former Prime Minister P.V. Narasimha Rao, popularly known here as “Telugu Bidda”, contested and won from here in 1996.

But local Congress leaders, not willing to be named for obvious reasons, have serious doubts about Naidu’s chances. “If he thinks he can win just because he is a Telugu, he is being foolish,” said one of them. The party took a hit in the region following last year’s defection by senior leaders like former Union minister Chandra Sekhar Sahu as well as Bikram Panda to the BJD. Sahu is now the BJD candidate for the Lok Sabha seat while Panda is contesting the Berhampur assembly seat as the ruling party candidate.

Also read: In Odisha, BJP Seems to Have Little Clue on How to Take on the Ruling BJD

The BJP candidate, Bhrugu Baxipatra from Rayagada district, is also a first-timer and is seen as an outsider. This should make Sahu’s job easy, though there is no denying the resentment among farmers over the low sale of tomatoes of which they had a bumper crop this year. “We had a good crop this time but there are no takers. We sold it to middlemen at throwaway prices because we don’t have enough cold storage facilities in the district to preserve it,” said Dileswar Pradhan, a farmer near Chatrapur.

With the Rs 490-crore Janibili water supply project inaugurated by chief minister Patnaik in March still waiting to be functional, Berhampur town’s water problems are far from over. “The town still needs 58 MLD ( million litres per day) against a supply of 55 MLD which comes down during the summer. The Janibili project has been of no help so far,” said Sudhir Sabat, the convenor of Forum for Ganjam.

In Koraput, veteran Jayaram Pangi, who is contesting on a BJP ticket this time, is facing two tiros, Kaushalya Hikaka, wife of outgoing BJD MP Jhina Hikaka and Congress’s Saptagiri Ulaka who happens to be the son of party veteran and two-time MP Ramchandra Ulaka.

Pangi is hoping to cash in on the resentment among a large chunk of voters against government’s failure to streamline the healthcare system and solve the vexed problem of left-wing insurgency. People at Relagada village under Pottangi block complain about not having a health centre in their area and having to travel 10 kms to Pottangi block for their basic health needs.

As for the Maoist problem, Jina Hikaka himself was a victim with the ultras having kidnapped him in 2012 when he was the MLA from Lakshmipur. In 2017, the rebels had blown up a van in Koraput’s Sunki valley killing eight Odisha police personnel.

Interestingly, there are also complaints against state government’s KALIA (Krushak Assistance for Livelihood and Income Augmentation) scheme for farmers, with even the first instalment yet to be credited to the accounts of beneficiaries like Pritam Barik. “This could seriously dent BJD’s vote bank,” said professor Narayan Panda who has been observing the politics of the region closely.

In the neighbouring Nabarangpur constituency, which is also a part of the underdeveloped Kalahandi Balangir Koraput (KBK) region, a fierce triangular battle is raging between BJD, Congress and BJP. BJP candidate Balabhadra Majhi is the outgoing MP who switched loyalties after being denied a ticket. While the BJD ticket has gone to the young schedule caste and tribe welfare minister Ramesh Majhi, Congress is once again banking on its trusted warhorse Pradeep Majhi, who had lost in 2014 by a wafer-thin of margin of 2,042 votes.

Anti-incumbency is visible here, too, with farmers complaining about lack of irrigation facilities which prevents them from raising two paddy crops, the low minimum support price of paddy and complete absence of industries.

Even Ramesh Majhi admits that water from the Indravati irrigation project, which was supposed to nourish the fields in Nabarangpur, irrigates only the neighbouring Kalahandi district. “With no assured irrigation, we are forced to raise only one crop of paddy and have practically stopped growing maize,” said Krushna Dalei, a farmer who is also yet to receive money under the KALIA scheme.

Nabarangpur is also a zero-industry district, a major reason for growing unemployment among the youth. District’s only industry, Manglam Timbers, which manufactured fibre boards, has been shut for the last eight months due to financial problems.

In Kalahandi, where BJD has fielded former minister Puspendra Singhdeo against Congress veteran Bhakta Charan Das and BJP’s Basant Panda, there seems to be an undercurrent in favour of Prime Minister Narendra Modi with people discussing the Balakot airstrike. But they are also discussing the failure of the state government in providing the right kind of infrastructure to primary area cooperative societies (PACS) to protect the paddy of farmers.

“To add to that, the MSP of paddy in our state is still Rs 1,750 while in neighbouring Chhattisgarh it is Rs 2,600 per quintal,” said Kalahandi Sachetan Nagarik Mancha convenor Siddhartha Nayak.

With the litany of popular complaints growing with each passing day, the ruling BJD must keep its fingers crossed. This is not going to be an easy election for the party.