Reimagining a Developmental Vision for the Northeast

After failing to fulfil its grand proposals, the BJP's sheer neglect towards inclusive accommodation will further alienate the Northeast. 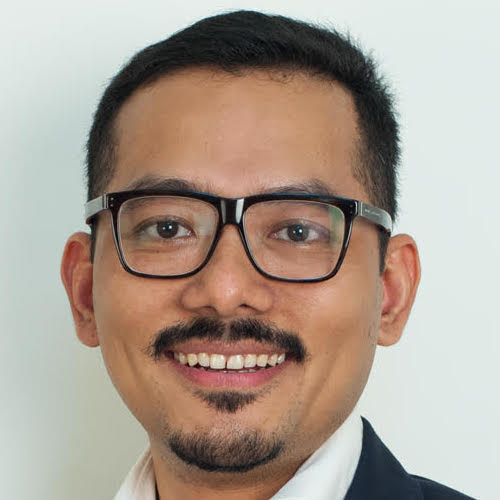 Narendra Modi’s election as prime minister in 2014 and the subsequent rise of the Bharatiya Janata Party in the Northeast raised several expectations. But these quickly turned into disappointments, with no prospects for change or development. In fact, if at all, it has given rise to new fears and fault lines.

There is a need for radical change and transformation in envisioning the development of the region and a reimagining of its place in a transforming India. The elections are an opportune time to raise the issue.

Soon after Modi assumed office in 2014, he boldly unveiled his government’s policy to ‘Act East’, at the India-ASEAN Summit in Myanmar, raising expectations all around. In part, this was a jibe at the previous regime’s inaction over its ‘Look East’ policy. The fact that he made this statement in Myanmar, the only ASEAN country that India shares a land border with, placed immense focus on Northeast India and the promise of land connectivity.

In subsequent speeches, mainly during election campaigns in the Northeast, Modi repeated his intent to ‘Act East’ as if it were a strategic imperative designed for the benefit of the region. Indeed, a large number of people in the region including several chief ministers, bureaucrats, academics and sundry other officials actually believed this to be true. A cyclist rides past an ASEAN-India Commemorative Summit billboard the side of the road in New Delhi, India, January 23, 2018. Credit: Reuters/Adnan Abidi

Inaction and a lost opportunity

In the last five years, apart from two border posts that were upgraded, neither the trilateral highways nor the heavily touted multimodal projects have been completed or stand anywhere close to completion. This, after the current government had a window of opportunity presented in the form of the conclusion of a border agreement with Bangladesh and the neutralisation of militant forces in neighbouring Myanmar.

Nothing noteworthy or of significance came out of it. Having said that, even if these projects were to be completed, they could hardly be passed off as visions of development for the region. At best, the region would have become a thoroughfare of some trucks passing through from Ahmedabad to Bangkok or beyond.

Also Read: How the BJP Set the Agenda for Its Ambitious ‘Look Northeast’ Policy

What value would the region add to the process? Where is the attendant preparation? What type of jobs would be generated? Are these job creations being anticipated and are workers being given appropriate training? Are centres of value and supply chains being established along the route?

Directionless assimilation and push back

Juxtaposed against this lack of a clear vision of engendering development through trade, one objective, however, emerged clearly – the intent to assimilate the tribal populations of the region to be rendered a minority in each state, as has been the case in Tripura, where the BJP now forms a government.

The push for the Citizenship Amendment Bill clearly indicates that intent. If this is the vision of learned men in Nagpur, it must be openly debated and discussed nationwide. The pushback from the region has come out, but the issue was not framed properly. In the push towards an emerging idea of a civilisational state riding on the heritage of Hinduism, where do the myriad cultures of the Northeast its tribes fit in? Protesters at a recent rally against the Citizenship Amendment Bill in Guwahati. Credit: PTI

Even as the cacophony and the heat generated from the fracas over the bill, simmer in varying degrees, one must not let a good crisis go to waste! It should incentivise new debate and shed light on the future of the region and the type of place it can occupy in an India that was born in 1947.

If the intent of the RSS and the BJP, through their deeply entrenched pracharaks and schools in the remote region, is to take a leaf from neighbouring China and its policy towards Tibet – let it be debated in parliament and in public. But at the same time, what is the view of the principal second national party, the Congress?

In the 21st Century, the intent to preserve tribal societies through a paternalistic approach where people weave off bamboo straws, are given poorly considered doles and grow some subsistence agriculture cannot pass off as a vision for development. That path dependent view espoused since Nehru must be re-considered, well-intentioned as it may have been.

It is incongruent to have such a region in an India that is brimming with start-ups and taking the world by storm in many avenues of global trade, business, innovation and technological advancement.  What can the wisdom of these cultures tell us about governance or sustainability in this time of consumption and change? How can people keep their identity while keeping with the times?

If the trademark of the nation’s unity in diversity is upheld through negotiated processes, debates and discussions, the highest body, in which the future of the nation and all its constituents is to be discussed, is the parliament. Arguably, the direction of those debates determined by numbers elected through proportionate representation. The premise of such a system is to give prominence to issues which have greater representation but do little for important issues related to minorities.

Given that just 24 members of parliament represent the region in a house of 543, it is unlikely to ever get ample time. This lack of representation is also stark in other areas of forums for debates and discussions outside government – including the media and premier think tanks of the country.

It has been said, that a nation must be judged by the way it treats its minorities. If we were to invoke Mahatma Gandhi’s talisman of thinking about the poorest and the weakest amongst the group, and in accordance with that line of thought, ask ourselves, if the step we contemplate is going to be of any use to them, can we for a moment imagine the Northeast as one the weakest among 21 other siblings in the group? How often and seriously does the parliament consider what the Northeast will gain by the passage of that bill? How often have policies been designed to enable and restore it to exercise control over its own future and destiny?

If the system of proportionate representation in parliament punishes the region for its discipline in population control, how can the nation correct that imbalance? Most states have only one or two MPs each. Even within the region, there are anomalies. Mizoram still has only one MP whereas Arunachal, with roughly the same population, has two.

Is disproportionate representation a way to ensure equality of voice at the highest forum of debate? Is it the creation of a special class of Nominated Members of Parliament from the region to increase numbers, such as the precedent set in the case of the Anglo Indian community, a way forward?

Even as the world and indeed India looks at unconventional solutions to age-old old but unaddressed issues, there is a need for radical openness out of which, may arise radical change and solutions. A nation must look at bridging uneven developmental disparities and addressing the widening sense of alienation.

Will greater representation in parliament lead to enlightened debates about the future of the region? It is likely not the panacea, but surely a beginning and can give the region a greater voice and bringing attention, awareness and consciousness to important issues.

A team is only as strong as its weakest link, a nation is only as good as its most underrepresented regions. A well represented and developed Northeast will build towards the making of a strong, united and vibrant India.

Laldinkima Sailo is the editor of the book Connecting India to ASEAN: Opportunities and Challenges in India’s Northeast.