Hundreds of banners pledging to boycott the Lok Sabha polls and teach sitting Navsari MP C.R. Patil of the BJP a lesson have gone up around the city. 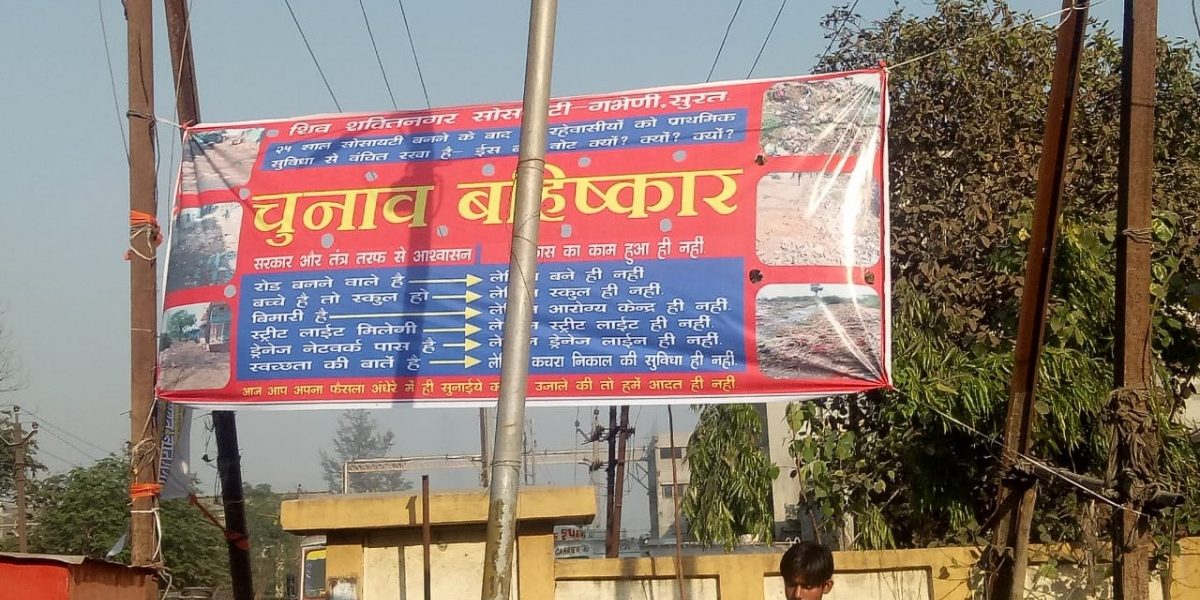 The posters up in the area denouncing C.R. Patil. Credit: Raja Chowdhury

Surat: Around ten thousand North Indian families who have been residing in Surat for the last 25 years have decided to not only boycott the Lok Sabha elections, but have also pledged to teach the sitting Navsari MP C.R. Patil of the Bharatiya Janata Party a lesson.

Hundreds of banners have gone up around the city, claiming: “Modi se bair nahi… C.R. teri khair nahi” (We don’t have problems with Modi, but C.R. (Patil) will be taught a lesson). 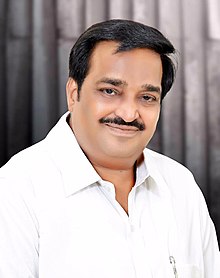 These banners have sprung up in areas including Sachin, Gabheni, Varod, Pandesara, Parvat Patia, Katodra, Parvat Patia, in front of people’s homes, and at local markets and complexes. Over 15 lakh people from north Indian states live in Surat. Most of them work in the city’s textile factories.

According to those registering their protest, the areas that are densely populated by North Indians have been largely neglected by the government machinery. Even after making repeated requests, their grievances, related to issues which directly affect their lives on a daily basis, have not been resolved.

Thus the electoral boycott – so much so that in the Udhna area of Surat, around 18 societies have put up around over a hundred banners barring the entry of any politicians in the area. In the Punagam area, the people have banned the entry of any BJP candidate.

“Over the last ten years, we have met not only the public representatives but also several government departments and officials to highlight the plight of the North Indian community living here. But not a single official or elected representative has tried to resolve the genuine demands of the people living here from decades now,” Ajay Singh, the president of Bundelkhand Ekta Manch which mobilised the North Indian community, told The Wire.

A banners barring the entry of any politicians in the area. Credit: Raja Chowdhury

“We have repeatedly approached the sitting MP C.R. Patil and MLA Jhankhana Patel, apprising them of the pitiable conditions we are compelled to live in, but our complaints fell on deaf ears. We have been paying our taxes for the last 25 years, but we have been deprived of even basic facilities,” Singh added.

Reacting to the allegations, Patil said, “A few people are protesting against me and it does not make any difference. I have worked on the ground level. These people are from the opposition. I will continue my campaigning as this is a democratic set up which allows me to do so.”

Raja Chowdhury is the Editorial Director of INDvestigations.