What makes a state ‘authoritarian’? How do we recognise one, and under what conditions does it prosper? 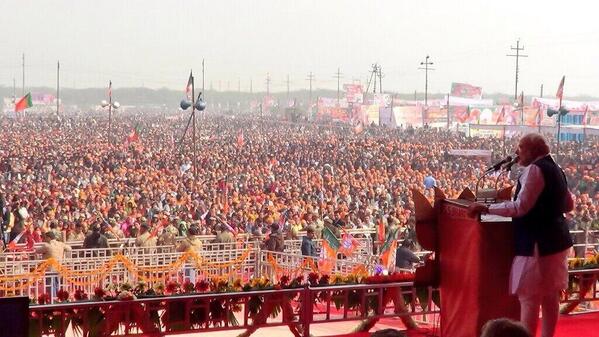 Cornell University’s Tom Pepinsky has a terrific post on how everyday authoritarianism can be boring and even tolerable. He uses the example of Malaysia and draws lessons for the US. Pepinsky concludes with this:

“The fantasy of authoritarianism distracts Americans from the mundane ways in which the mechanisms of political competition and checks and balances can erode. Democracy has not survived because the alternatives are acutely horrible, and if it ends, it will not end in a bang. It is more likely that democracy ends, with a whimper, when the case for supporting it—the case, that is, for everyday democracy—is no longer compelling.”

The point he makes is that while people see ‘authoritarianism’ in apocalyptic terms, it is often the small changes in day-to-day governance that we need to really watch out for. When we are not cognisant of these small changes, the risk of complacency is high, where we take certain rights and privileges for granted. Pepinsky fears that when people don’t muster the will to fight the creeping expansion of authority, democracy itself will die.

This is a compelling argument and one that is borne out by several experiences in authoritarian states. Many of these states, much like Malaysia, look very much like a democracy from the outside. Sub-Saharan African states such as Uganda and Ethiopia arguably fall under this category too. These are states where power has remained concentrated in the same political formation (or in the worst cases, the same individual) for extended periods of time.

Let’s now ask if there can be instances of authoritarianism in states where there is a track record of power changing hands. Given competition between opposing political parties, one might imagine that this is unlikely. However, consider states where the balance of power is so fine that competing political parties often function in accordance with a high-level consensus regarding how to operate the levers of power. This implies that acts of everyday authoritarianism become part of the routine exercise of power by a state.

India is a great example. Several acts of commission for which we blame the BJP are in fact embedded in the very nature of the state that the party currently commands. And who is responsible for setting the template for a lot of these issues? The Indian National Congress, of course. No doubt, one’s political convictions and moral judgments result in them pointing fingers in the direction of a particular political party for excesses committed by the state. But as the Centre for Civil Society’s Repeal 100 Laws Project also reveals, a state that has, over time, embraced powers that enable it to commit these excesses is inherently dangerous. In this scenario, holding one political party responsible will not solve the problem.

Here are some examples: the abuse of law to curb free speech, wielding regulations to harass NGOs, seizing private property, curbing free access to the internet, restrictions on what we can eat or drink and how we have sex – all of these are tried and tested tools in the hands of every government, whether at the centre or in the individual states. These are treated as routine. We get used to the state’s ways and adopt a variety of coping mechanisms. At the same time, we also function under the assumption that the state will not take any notice of individuals, and more often than not, this is indeed the case.

Now take some other examples – ones of the ‘outrageous’ kind. Consider the experience of the weak and marginalised sections of society. In states like Chattisgarh and Odisha, the scheduled tribes experience an authoritarian state that comes down on them with its full might. The erosion of the Forest Rights Act and the state’s encroachment of the tribes’ lands too, are examples of a state’s authoritarian powers being exercised. The northeastern states and Jammu and Kashmir, where the Armed Forces Special Powers Act rules and where paramilitary forces have a free reign, who would agree among the natives there, that the Indian state is not an authoritarian one? These incidents too, are ‘boring and tolerable’, but only for those of us who do not have to personally witness or suffer the state’s excesses.

Creeping authoritarianism is a curse. The first step to resisting is to identify its signs. When the argument over an authoritarian state gets entangled in a political debate, this resistance fragments. What we need urgently is a broad consensus to reform the state’s authoritarian tendencies. The future of our democracy depends on it.

Suvojit Chattopadhyay is a development sector consultant, currently based in Nairobi, Kenya. You can find his blog here and tweets from @suvojitc